Recreational cannabis businesses are closer than ever to opening in Detroit 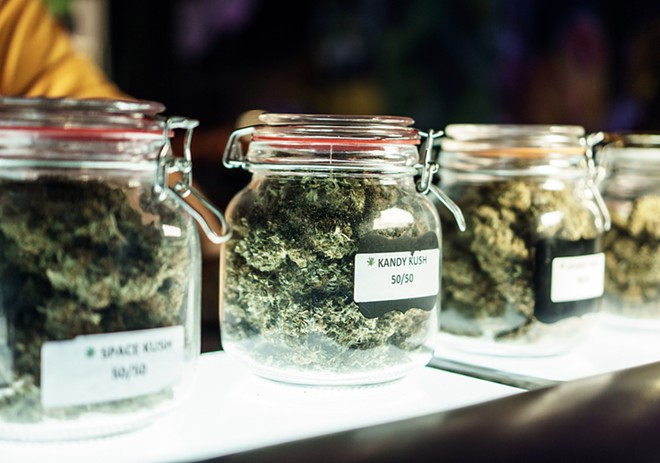 Shutterstock
Detroit still does not have a recreational marijuana dispensary.

The city of Detroit is getting closer to welcoming its first recreational marijuana businesses.

The city’s Civil Rights, Inclusion and Opportunity Department (CRIO), which is handling the licensing process, picked the firm.

“Our firm appreciates the vote of confidence from the Mayor Duggan and the Detroit City Council,” Huth said in a statement to Metro Times. “All worked hard to draft an Ordinance that gives Detroiters an opportunity to participate in the cannabis industry. We will ensure their goal is met.”

The city will initially issue up to 60 cannabis licenses, with 100 more to be awarded in a second and third phase at a later date. Of the 60, about 20 will go to social equity applicants, who must live in a city that was disproportionately impacted by the war on drugs.

The licenses are a long time coming. While the sale of recreational marijuana in Michigan began in December 2019, the Detroit City Council postponed issuing licenses until it could create an ordinance to make it easier for Detroiters to join the industry.

What followed were several lawsuits and two separate ordinances, one of which was struck down in court in June 2021 because it gave licensing preferences to Detroiters.

The city’s second ordinance, which offers two tracks for licenses so that “equity” and “non-equity” applicants aren’t competing with each other, led to two lawsuits because the city prohibited medical cannabis dispensaries from getting a recreational license until 2027.

In August, a judge dismissed the two lawsuits.

In all, the city ordinance calls for awarding licenses to up to 100 dispensaries, 30 micro businesses, and 30 consumption lounges. Half of the licenses would go to social equity applicants.

The city will begin issuing licenses once the applications are scored by Kirk, Huth, Lange and Badalamenti PLC.

But the new cannabis businesses will face a harsh environment. Due to oversaturation in the market, cannabis prices have plummeted, causing some businesses to permanently close their doors.

Now lobbyists for some of the state’s largest cannabis operations are calling on lawmakers to impose a moratorium on new cannabis growers to help prevent prices from continuing to fall.