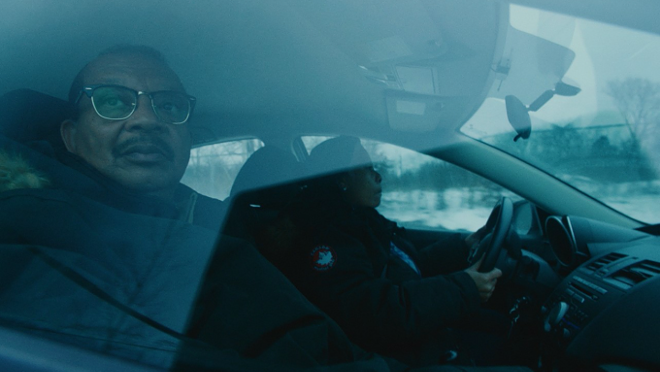 Michael Thompson never imagined that selling marijuana would have landed him in prison for decades.

But that’s what happened after he was caught selling three pounds of weed to a confidential informant in Genesee County in 1994.

While he languished behind bars, his parents and only son died. His daughters grew up without him.

Michigan’s longest serving non-violent offender, Thompson is an example of how the war on drugs went too far.

Now Thompson, who was finally released after his sentence was commuted by Gov. Gretchen Whitmer in 2021, is the focus of an award-winning short documentary, The Sentence of Michael Thompson, that will premier on MSNBC on Sunday, with the Documentary+ debut coming on Nov. 1.

The 30-minute film explores the hypocrisy of a criminal justice system that keeps non-violent offenders locked up while others profit from cannabis legalization. It includes in-depth interviews with Thompson, his attorneys, and family members.

“My thing is, no one should be in prison for marijuana today.” Thompson tells Metro Times. “No one. When does the politics stop and the love for humanity start?”

The film, presented by MSNBC and XTR, along with a Synonymous Pictures production, premiered at several festivals and received critical acclaim, winning the Audience Awards at SXSW and the Chicago Critics Film Festival, the Jury Award at the Riverrun International Film Festival, and the Jury and Audience Award at the Palm Springs International Shortfest.

The filmmakers first reached out to Thompson during the COVID-19 pandemic in 2020.

“Michael’s story really resonated with me,” co-director Kyle Thrash tells Metro Times. “He had a story he wanted to share, and because of the pandemic, I had a lot of time.”

When Thompson was arrested, police searched his home and found 13 firearms, many of which were antiques and stored in a locked gun safe. But due to prior drug convictions, he wasn’t legally allowed to own guns and was sentenced as a fourth-time habitual offender, which increased his penalty.

“I didn’t think I’d be in prison for 45 days,” Thompson says. "I thought the appeals court was going to throw it back on (the prosecutors’) lap. But hey, I was wrong. Twenty five years later, here I am telling this story.”

After Thompson was released, he couldn’t stop thinking of the people he spent time with behind bars.

“Everybody in prison is not bad,” Thompson said. “There are some good people in there.”

Thompson launched the Michael Thompson Clemency Project to advocate for prison reform and people who have been wrongfully sentenced.

“He has a fire in him that can’t be quenched,” co-director Haley Elizabeth Anderson tells Metro Times. “He’s going to fight for as long as he can. He has a lot of empathy.”

The directors said they hope the film motivates people to advocate for change.

“The movement is not going to be successful without regular people fighting the battle,” Anderson says. “Our job is to get visibility and get people engaged and involved.”