Of the state’s 148 senators and representatives, 138 have received campaign contributions tied to DTE Energy, totaling more than $1 million 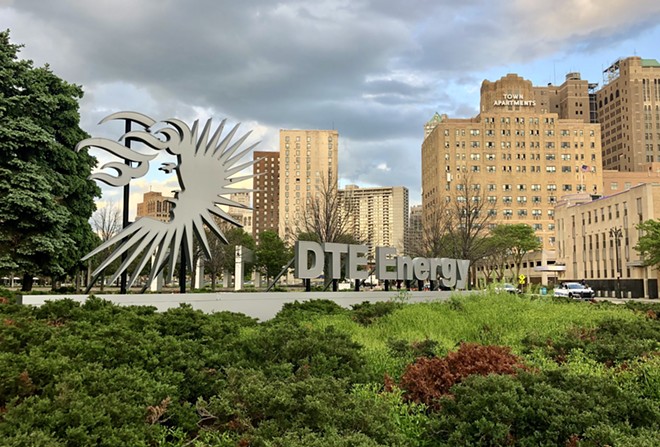 As DTE Energy pushes for an 8.8% rate hike, the utility giant and its executives and lobbyists have donated to the campaigns of nearly every state legislator in Michigan.

Of the state’s 148 senators and representatives, 138 have received campaign contributions tied to DTE Energy, totaling more than $1 million, according to the Energy and Policy Institute, a fossil fuel industry watchdog group.

Gov. Gretchen Whitmer has also received $235,900 from DTE Energy and its executives and lobbyists, dating back to when she was a state lawmaker. In a July fundraising blitz, Whitmer received nearly $40,000 from DTE executives.

Whitmer appoints the three members of the Michigan Public Service Commission, which will decide on the company’s proposed 8.8% rate hike for electricity and gas in November.

The donations come at a time when environmental justice activists, consumer groups, and clean energy advocates are calling out DTE Energy for its high rates, chronic power outages, and reliance on fossil fuels.

State Rep. Yousef Rabhi, D-Ann Arbor, has called for a ban on political donations from regulated utilities like DTE Energy. Rahbi returned a total of $400 in donations from DTE’s political action committee in 2017 and 2019 and hasn’t received any contributions since.

“I’ve been in office for six years now. I have introduced dozens of bills to try to expand solar energy in Michigan, stop climate change, expand our renewable energy portfolio, and every single one of those bills has been blocked — not by magic, not by some external alien force coming in, it’s DTE,” Rabhi testified at a recent public hearing on DTE’s proposed rate hike. “It’s DTE, it’s Consumers [Energy], it’s their lobbyists on the tiles in the hallway calling legislators up, telling them they have to take their names off my bills.”

He and state Rep. Abraham Aiyash, D-Hamtramck, are proposing a group of bills that would require utility companies to provide hourly bill credits during outages and allow for more opportunities for the public to comment on utility planning.

“DTE makes millions on Wall Street but doesn’t invest it back in the grid,” Aiyash tweeted. “Michigan’s private utility companies care more about profit and political power than they do about keeping the actual power on.”

Like Rabhi, Aiyash has not accepted donations from DTE Energy.

Among legislators, Sen. Aric Nesbitt, R-Lawton, who presides over the Senate as president pro tempore and could be the next Senate GOP leader, received the most donations from DTE Energy and its executives and lobbyists during his political career, raking in $69,500.

“These committees cover energy and utility issues, and their leaders have discretion over which bills can get hearings and ultimately advance to a vote,” the Energy and Policy Institute said in a news release. “If committee chairs do not allow a hearing on a bill, there is no opportunity for legislators to take action on it. That is a familiar frustration for clean energy and consumer advocates who have frequently been at odds with energy committee leaders. DTE continues to fight bills that would remove Michigan’s arbitrary cap on distributed solar. In addition, the utility has consistently opposed proposals for a more ambitious renewable energy standard in Michigan, even though such measures are major drivers of renewable energy expansion.”

House Democratic Leader Donna Lasinski, of Scio Township, received in $50,300 in donations, and Republican Speaker of the House Jason Wentworth, a Republican, raked in $46,950.

Wentworth chose Rep. Joe Bellino, R-Monroe, to chair the influential House Energy Policy Committee. In addition to receiving $36,820 from DTE-linked contributors over his career, the utility giant even paid for him to play golf at a PGA tournament.

Most of the outages have occurred in Detroit.

“What does DTE do when it’s not shutting people off or failing to fix outages?” U.S. Rep. Rashida Tlaib, D-Detroit, said in a Twitter thread. “They’re jacking up your rates. Since 2015, DTE rate increases generated $774 million, the second highest rate of increase of any investor-owned utility in the country.”

She added, “DTE Energy is one of the most expensive and unreliable utility companies in the nation. They need accountability, NOT another rate hike that puts the lives of millions in danger.”

The Wayne County Board of Commissioners approved a measure in July that called on companies such as DTE Energy to stop donating to politicians who are undermining the public's faith in elections.

The Wayne State Board of Governors is considering a similar proposal.