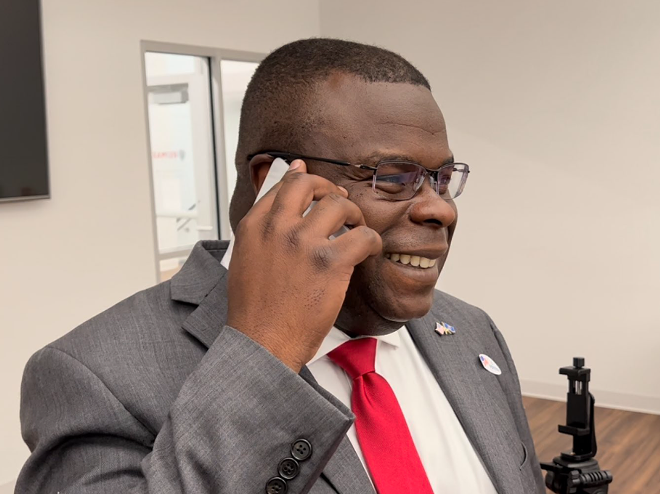 Democrats drew criticism earlier this year when they decided to meddle in GOP primaries to promote election-denying, Trump-endorsed Republicans.

The idea was to increase Democrats’ odds in the general election under the assumption that the extremists would be easier to defeat.

The controversial scheme paid off on Election Day in Michigan and other states.

John Gibbs, a far-right election denier endorsed by former President Donald Trump, was handily defeated by Hillary Scholten, the Democratic nominee, for a U.S. House seat representing the Grand Rapids area. Scholten, who won with nearly 55% of the vote, became the first Democrat to represent the Grand Rapids area since the 1970s.

Ahead of the August primary election, the Democratic Congressional Campaign Committee spent at least $425,000 on TV ads to promote Gibbs, who was facing incumbent U.S. Rep. Peter Meijer, a more moderate Republican who voted to impeach Trump for inciting violence during the Jan. 6 attack on the Capitol.

Gibbs, who served in Trump’s U.S. Department of Housing and Urban Development, had not raised enough money to run TV ads. By contrast, Meijer had raised nearly $2.5 million and had run TV ads for weeks.

It was a major boost for Gibbs, an election denier who could not win confirmation in 2020 to direct Trump’s Office of Personnel Management over outrageous, inflammatory statements he had made.

He previously accused John Podesta, the campaign chairman for Hillary Clinton’s 2016 presidential run, of participating in a Satanic ritual and called Democrats the party of “Islam, gender-bending, anti-police, ‘u-racist!”

Gibbs was facing an uphill battle. The Grand Rapids area, which was until recently a Republican stronghold, has become more moderate and even voted in favor of President Joe Biden in 2020 and Gov. Gretchen Whitmer on Tuesday.

However, some Democrats were worried that boosting Gibbs’s profile during the primary election could backfire, leaving them with an election-denying Republican in Congress.

After his loss, Gibbs conceded, but left room for doubt about the integrity of the election.

“Here in our district, precinct-level returns per candidate in Kent county went dark before midnight and remain down even now, taking away our ability to track returns at that level and identify any local anomalies,” Gibbs said in a statement. “An unacceptable situation at a time when people are losing faith in the security of our elections.”

Gibbs wasn’t the only Republican to lose after receiving funds from Democratic fundraising organizations. In fact, all five candidates who received money from Democrats in the primaries and advanced to the general lost on Tuesday.

On Tuesday, each of those candidates lost to a Democrat.

Democrats spent an additional $12 million on far-right candidates who lost in the primaries.

In August, 35 former Democratic lawmakers criticized their party for raising money to boost election deniers in the GOP primaries.

“These destructive primary tactics aim to elevate Republican candidates who Democrats hope they can more easily beat in November,” former Indiana Rep. Tim Roemer wrote in a letter signed by the former lawmakers. “But it is risky and unethical to promote any candidate whose campaign is based on eroding trust in our elections. We must stop this practice, and stop today.”