The singer will perform at Little Caesars Arena in February 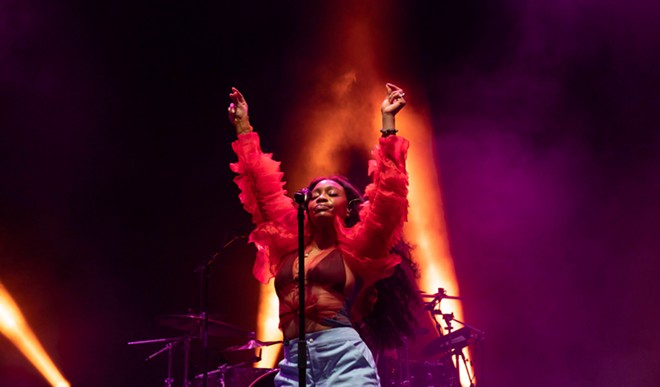 Days after dropping her anticipated sophomore record SOS, R&B sensation SZA has announced her first arena tour, which includes a stop in Detroit.

The singer will perform at Detroit’s Little Caesars Arena on Friday, Feb. 24 with support from Omar Apollo.

Tickets go on sale at noon on Friday, Dec. 16 at 12 p.m. at 313Presents.com, LiveNation.com, and Ticketmaster.com.

SZA last performed in Detroit in 2017 at the Fillmore in support of her breakthrough album Ctrl.

SOS has received praise for packing songs in seemingly every conceivable genre into a little more than one hour, including soul and R&B but also rap and even Avril Lavigne-esque pop punk.

Rumor has it that SZA has collaborated with Detroit-born Lizzo for a track on the deluxe version of SOS, allegedly titled “Boy from South Detroit,” which would be a pretty funny Journey reference. (Also, as anyone from Detroit knows, there is no such thing as “South Detroit.”)