Journey’s nonexistent ‘South Detroit’ immortalized by the Library of Congress 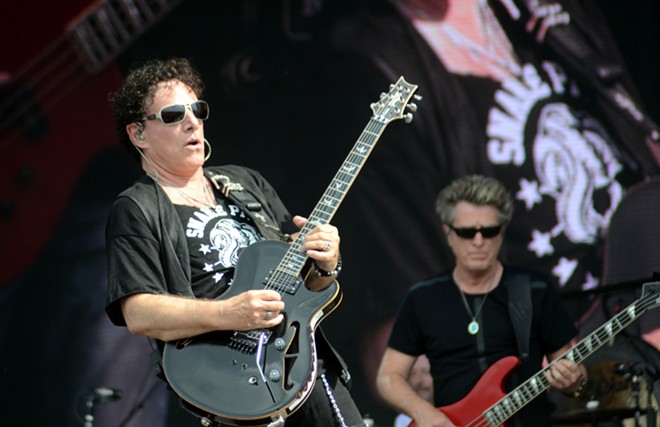 Rock band Journey’s classic “Don’t Stop Believin’” has been entered into the National Recording Registry — including its famous lyrics about “South Detroit,” a place that doesn’t technically exist.

That hasn’t stopped the song from being embraced locally as a sports stadium anthem and bar closing-time nightcap. But the track also enjoyed a huge bump after appearing in the final episode of The Sopranos in 2007, was covered by Kanye on his Glow in the Dark tour in 2008, and also appeared in the Glee pilot episode in 2009.

The Detroit Free Press reports that Journey’s former frontman Steve Perry told the Library of Congress that the lyric was inspired by a directional road sign he spotted when the band was stopping through Detroit on a tour, which he misinterpreted as referring to a place.

The National Recording Registry is a list of sound recordings that “are culturally, historically, or aesthetically significant, and/or inform or reflect life in the United States.” The song was entered into the registry earlier this month along with other hits, including the Four Tops’ “Reach Out, I’ll Be There,” as well as records by Linda Ronstadt and Wu-Tang Clan, among others.

Since many people who are familiar with Detroit’s geography consider the lyric to refer to Windsor, Canada, perhaps the Canadian government should preserve the song, too.