How Leikeli47 keeps it real from behind her mask 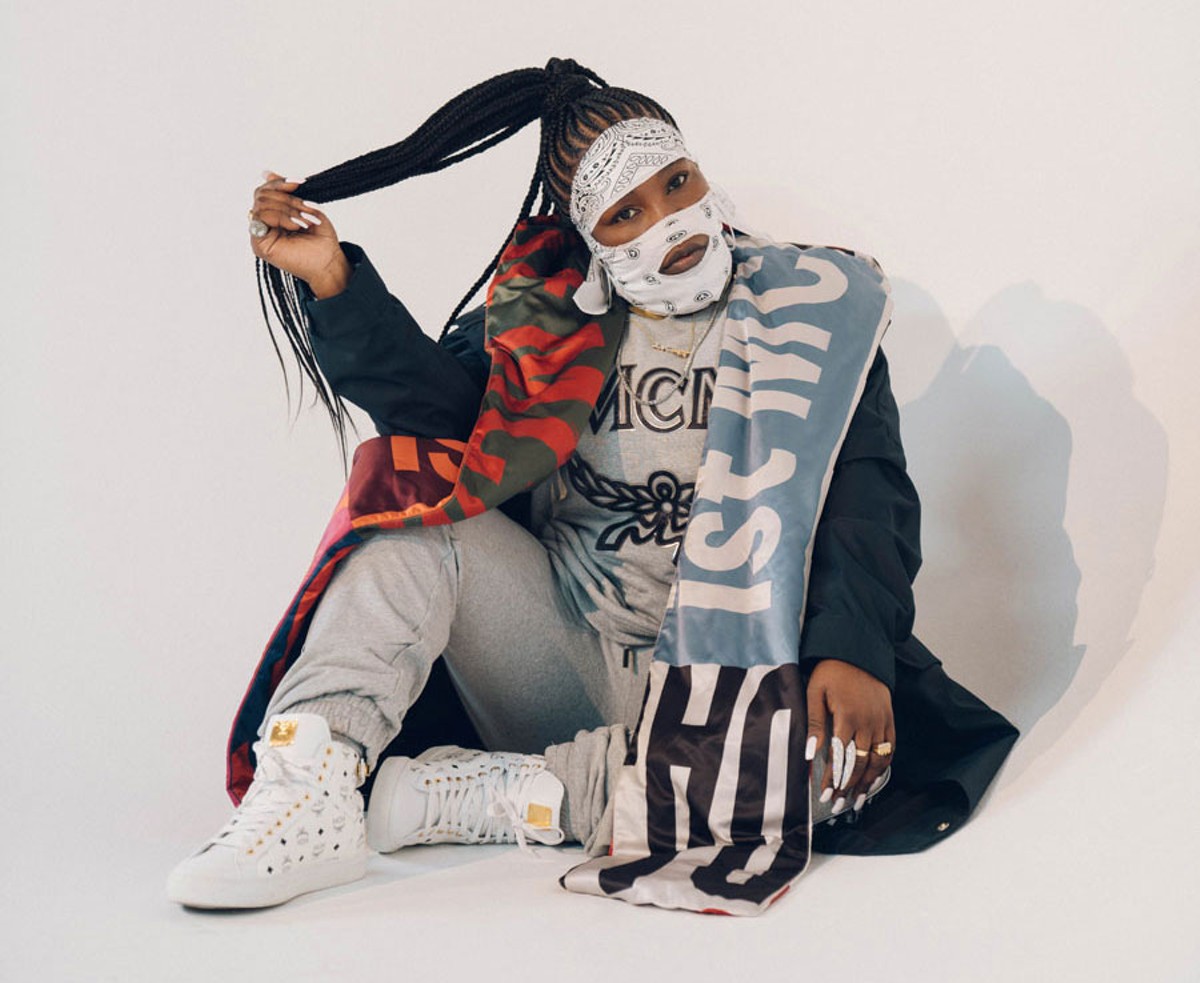 For someone who rarely shows her face and is yet to divulge her real name, producer, rapper, and vocalist Leikeli47 is quite the open book. Her latest record, Acrylic, is a collection of stream-of-consciousness vignettes into her everyday life and the events and people that inspire her. In the record, she sashays between colloquial flows, theatrical skits, and church-like melodies that come together to make a genre-breaking hip-hop record. It's the story of a young artist from Brooklyn who went from scratching keys against a mic to recording a full studio album and eventually signed to RCA Records. "It's a bunch of black stories, whether it's my story, whether it's my friend's story ... I wanted people to buy a ticket to my amusement park," she says. "Acrylic is the ghetto, it's a ghetto amusement park that sells quarter waters and quarter juices."

Leikeli grew up in the heart of Brooklyn, by way of Virginia. From an early age, she learned the ways that her body and voice could be instruments in themselves. "I grew up pretty musically inclined and around a lot of different safe spaces where music existed," she says.

She began experimenting with whatever objects she could find around her to transform into musical instruments — plastic bags, keys, chairs, shoestrings, zippers. This autonomy and experimentation is what shaped her style as a producer and artist. "It was the [realition] that I could be an instrument, too, because I didn't have the high-tech producer equipment starting out," Leikeli says. "I learned how to create sounds just using the things that were around me, and once I [could afford] to really start touching on production for myself, I just brought that to the studio."

But it was always about her voice. "I remember being a kid and saying, 'I wish I could sing like Art Blakey plays the drums,'" she says. It make sense, then, that she says her singing and rapping grew together, allowing her to have both the silky-smooth vocals she flaunts in "Top Down" and the razor-sharp flow found in most of her songs.

Eventually, Leikeli began working with her prolific producer cousin, Harold Lilly. Lilly — who has worked with artists like Beyoncé, Alicia Keys and Zayn Malik — is somewhat of a mentor to Leikeli, who produces most of her own tracks. "He's the coach, I'm the athlete, you know," says Leikeli. "It's just really cool to be able to work with your family this way, then to have your family be one of the best songwriters in life, good lord."

Throughout her journey as an artist — three studio albums in three years, a Jay-Z co-sign, and signing to a major label — Leikeli has always had two constants: her trademark mask, and her undying authenticity. No matter where she is in her career, she has kept her penchant for starting and perpetuating conversations about things that matter most. In her skit "Talkin' to Myself," she references a myriad of societal qualms, including the catastrophic water crisis in Flint.

"We don't need to be shot up to be filled up with lead," is one of the first lines in the song that unfolds like a frantic fever dream. Leikeli explains, "I understand that I may be this little itty bitty voice in music right now, but I'm going to always use my voice to express what I'm feeling and to express those things that need to be talked about and need to stay in the forefront."

While she's far from an itty bitty voice, it's Leikeli's humility and uncompromising realness that will likely keep catapulting her to the top.