River Spirit gets by with a little help from their friends 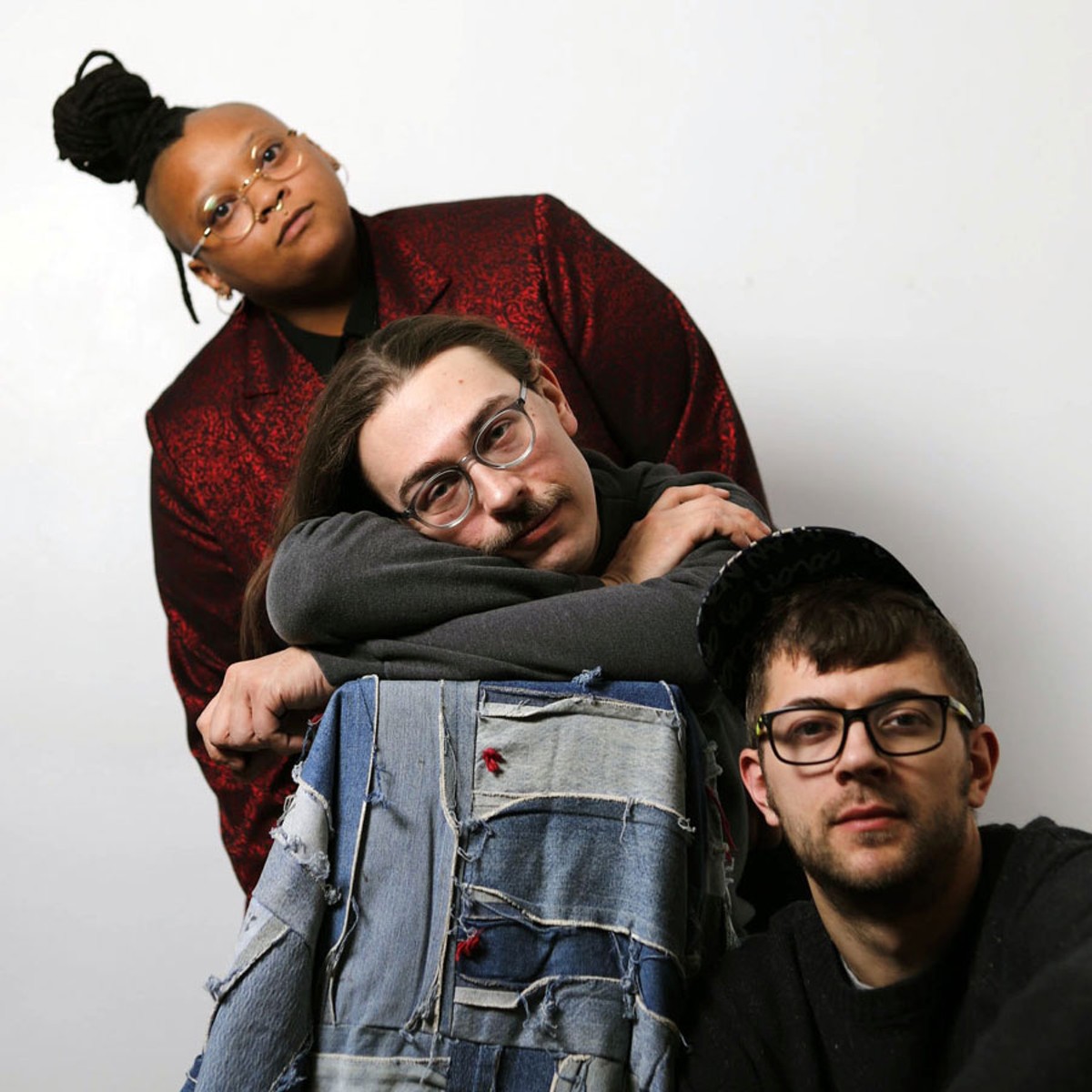 It's intrinsically tricky to summarize a band like River Spirit. There is as much "ethereal" here as there is "angst," as much "murk" as is "mystic," or as much tenderness and soul-baring as there is a jaggedness and poetically veiled introversion. Dan Steadman doesn't see River Spirit as "musicians" in the traditional sense, or at least in a sense requiring air-quotes, and not merely because neither of the trio's Vanessa Reynolds and Paul Wilcox have had any "formal training," but moreso because their defining characteristic isn't musicality, but curiosity.

"We've definitely been curious," Steadman says, qualifying the mode of the band's creative process. But their openness is distinct because it has a direction; it's not randomized or improvisational in the typical sense. The band's influences are still at the roots of each song's growth, and each song is crafted to grow into its own world, its own mood.

River Spirit's latest, Me I Fall, came out at the end of January, celebrated with a concert at the Outer Limits Lounge in Hamtramck. There's lots of textural space in each song, allowing every guitar riff, vocal note, and drum pattern to shine, or to sigh, or to flutter, or flair. The rhythms might be R&B, but the guitars are funk, while the vocals are neo-soul and the time-signatures are adventurous, or even nervy, all too eager to make some sharp left turns or sudden jumps. Often, it is, if nothing else, an entrancing listen. There's less focus on impact and more so on evocation. It's not about rocking, or rawking ... and it's not about swooning or heartache either, but it certainly does dazzle.

Reynolds and Steadman have been musical collaborators since 2008; they formed the band, with Wilcox in 2010. The duo lived together in Hamtramck working on music, but also sharing lots of music and really every kind of cultural experience, be it film or other visual arts, forming a kind of echo chamber of influences to compare and contrast that could then feed into ideas for their own songs with Wilcox. Reynolds sings and plays guitar, Steadman is on guitar and adds vocals, and while you'll mostly see Wilcox on the drums for their live sets, he's as talented a guitar player as he is a percussionist.

Reynolds and Steadman's friendship formed through their artistic studies, encountering each other at Detroit's College for Creative Studies. They both developed their musical selves as one would expect a visual artist might approach a canvas — in solitude, mostly. In their youths, Reynolds taught herself guitar and, though she has a phenomenal singing voice, there's no formal training in her background. Her mother was a singer, though, and music seemed to naturally extend to Reynolds and her sisters. Steadman, meanwhile, got into recording as a teenager and worked on music with Wilcox before meeting Reynolds.

River Spirit have been performing pretty regularly over the last five years, with two EPs and a handful of singles (notably contributed to Seraphine Collective mixtapes). They've already started working on a new album, but for now, they band is eager to get out of town once the warmer months come and bring the songs of Me I Fall to audiences in other cities, and out of state.

And when that word "adventurous" comes up during our interview, it seems to fit. "Challenging or adventurous," Reynolds agrees, appraising the way in which the band brings its songs to life. "Or coming from a place of introspection, it always happens differently. It's been beneficial to keep the process open, so that we can allow whatever subconscious things to come out. Outside of tattooing, this is the only other way, for me personally, to be creative."

Steadman says that the band members find a lot of fulfillment just in the act of collaborating; fusing their individual influences to find the direction of a song together. More than that, the band members are just attuned to the world of art, be it exhibitions in a gallery, or films at the art house. "You're always developing your sensibilities for whatever you're doing in art, be it sculpture, painting, or tattoo art," Steadman says. Everything they take in all "comes back to inform" their music.

Inspiration also comes from contemporary artists in the Detroit scene like Double Winter, True Blue, Career Club, Vespre, and Betsy Soukup (the latter, a gifted jazz composer, provided some upright bass accompaniment to several tracks on Me I Fall). But some of the other creative friendships the band has made through performing and recording include serpentwithfeet, Aldous Harding, Jenn Champion, Mallrat, Wizard Apprentice, and many more.

"I feel like nothing can ever make me not want to make music," Reynolds says when asked about whatever may (or may not) discourage her or frustrate her about band life, or the music scene. And it's hard "not to be constantly inspired by all of the friends we've made through making music."

Me I Fall features nine songs written by Reynolds, Steadman, and Wilcox. Juanita Reynolds and Cynthia Burton provided backing vocals, along with Soukup's bass. The album was recorded, mixed, and mastered in Detroit by Scott Murphy.