The restaurant reopened in 2021 under new ownership 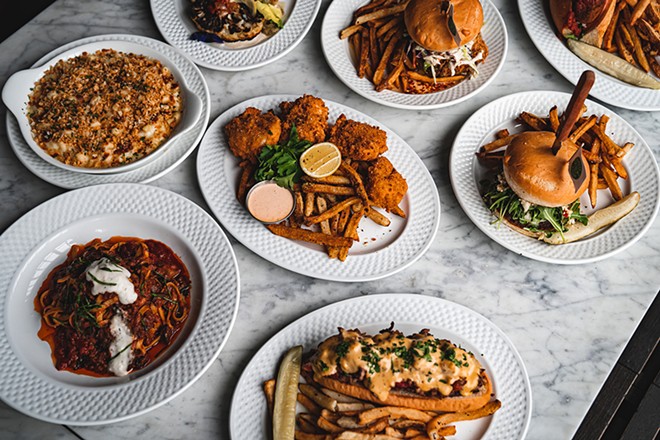 Public House has once again tweaked its menu, now bringing in chef Darius Hamilton to take over the Ferndale restaurant’s two kitchens.

According to a press release, Hamilton is bringing an elevated comfort food approach to its vegan and carnivore menus, which includes Southern soul food and Italian-inspired dishes.

“I was taught to create flavor profiles,” Hamilton said in a statement. “That means picking ingredients for their natural flavors and highlighting what is important to the dish to complement the palate.”

“We really went off of customer reviews to see what people were asking for,” Hamilton added. “We aren’t using any soy-based, pre-made items. Everything is from scratch, with the vegan side more vegetable forward.”

A spokesman for Public House parent organization Hometown Restaurant Group confirmed to Metro Times that Megan Shaw, previously of the former pop-up-turned-brick-and-mortar vegan spot Street Beet, is no longer with the company. Shaw joined Public House in 2022, first as a consultant and later as a full-time head of its vegan kitchen.

Originally opened in 2013 under the same ownership as Ferndale’s Imperial taco spot, Public House was acquired by Hometown Restaurant Group in 2021, which added a second all-vegan kitchen and menu.

Hometown Restaurant Group also operates other Ferndale restaurants including One-Eyed Betty’s, Pop’s for Italian, and Tigerlily. The group is also currently renovating the former Rosie O’Grady’s, which will reportedly become a mixed-use space with a Tex-Mex barbecue restaurant and apartments.