Why the Detroit incinerator is costly, dirty, smelly, dangerous — and unnecessary 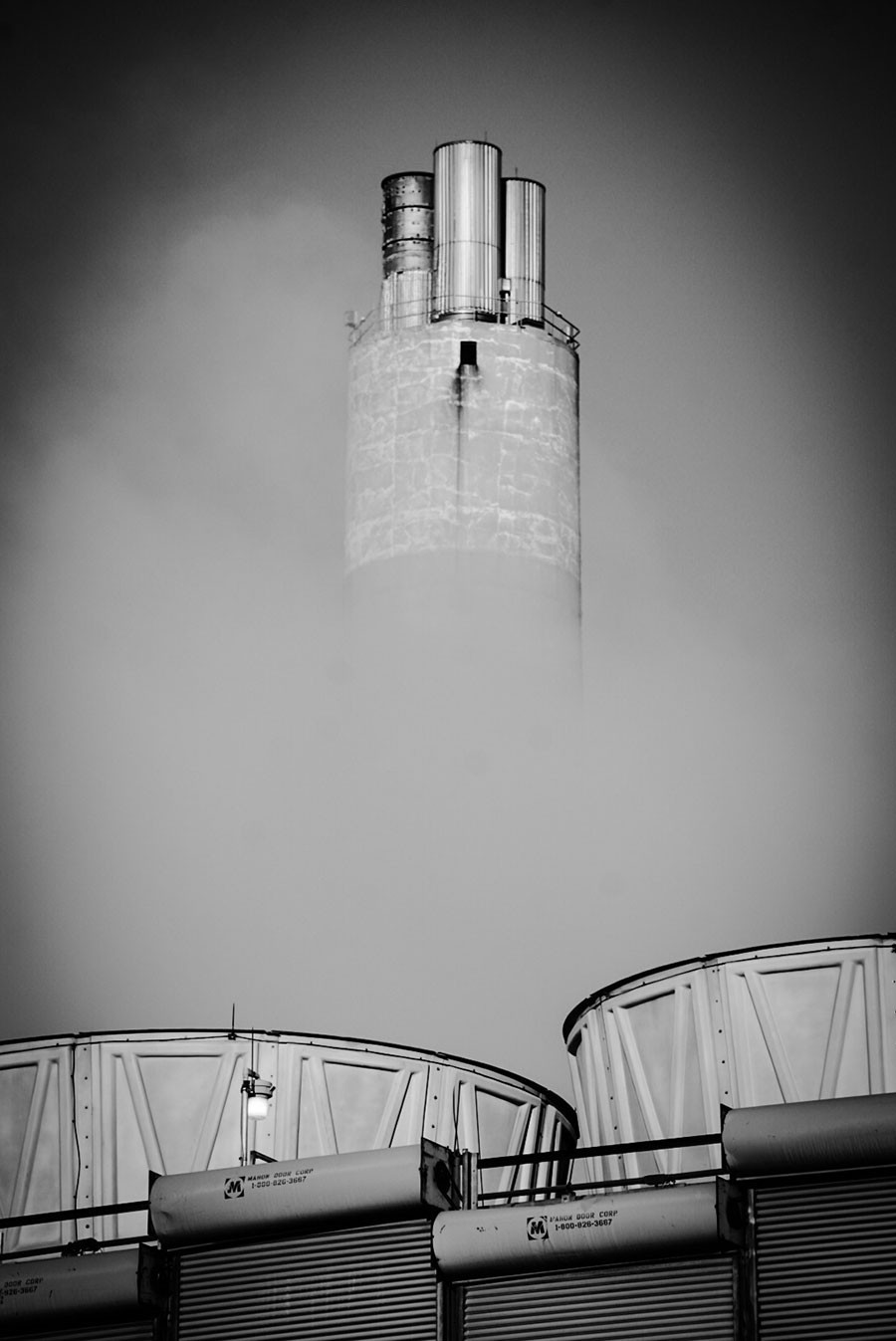 Detroit's Farnsworth Street neighborhood presents a stark contrast with much of the surrounding area. While disinvestment and decline have taken their toll on much of the east side, Farnsworth, especially one block of it, remains thickly planted with houses, backyard gardens, and neighborhood gathering spaces. Many of the households are families, and gaggles of children playing on the sidewalk add to the neighborhood's vitality.

Despite the lively street scene, the residents of Farnsworth, like an estimated 7,280 other Detroiters, all live within one mile of a major quality-of-life issue — Detroit's big burner, the waste-to-energy plant of Detroit Renewable Power. The facility burns garbage to generate steam and electricity. In terms of tons-per-day capacity, it's probably the largest facility in the country.

It's also often the source of a horrible stench, as rotting garbage waits to be burned. Residents say the noise it generates can be loud enough to rattle windows a mile away. And its stack is the source of health-threatening pollution, including particulates and sulfur dioxide. A decade ago, the ZIP codes near the facility had the highest rates of asthma hospitalization in Detroit — where the asthma hospitalization rate is already triple the state average.

Melissa Cooper Sargent, 44, is a mother of four who has lived within a mile of the incinerator for almost eight years. So far, her own children have avoided health problems, but she can quickly name several neighbors whose children have developed asthma or other health issues. "Once you become a parent," she says, "you become hyper-aware of children being exposed to effects. It can affect their development. Their immune systems are not as strong as ours. They breathe more air and eat more food pound for pound, so they're ingesting more."

Jay Jurma
Melissa Cooper Sargent (left) and Lori Cataldo are two mothers raising children within about a mile of the incinerator.

Her neighbor Lori Cataldo, 43, also a mother with a child at home, has a list of complaints about the incinerator, especially the smell of garbage waiting to be burned and the noise of the facility.

"There are times when — oh, man — you've got to go inside for a little bit and wait for this to blow over," she says. "It seems like it's at its worst on Sundays, when people are having their family gatherings in their gardens or kids are out playing. We have a meditation booth on the corner of Frederick and Elmwood, and every Sunday morning we sit for about an hour. But, depending on which way the wind's blowing, we'll have to get up and go sit in a greenhouse, or just get up and go. And we call DEQ [the state's Department of Environmental Quality] every time. Everyone's got the number."

And the noise bothers Cataldo day and night.

"I feel like that's a fairly new thing," Cataldo says, "like, within the past couple years? It hasn't always been there. I have to close our windows some days. When the machines' on it's like there's a jet or a helicopter or some engine right over your house, just whoosh-whoosh-whoosh. It's so loud, and sometimes it's at 3 a.m."

How did a greenhouse-gas-emitting big burner end up in the middle of a densely populated Detroit neighborhood? For the answer, we have to go back to the 1970s, a time when — believe it or not — the idea didn't seem as outrageous as it does today.

Of course, almost 50 years ago, Detroit was a different world. The background level of pollution was higher. The Environmental Protection Agency was newly created. The energy crisis was in full swing. Leaded gasoline was only beginning to be phased down. And anxieties about population growth and other concerns had city officials worried about available space for landfills.

The solution, some experts said, was to build incinerators to burn trash, produce energy, and use state-of-the-art technology to reduce pollution to negligible levels. In 1975, with the approval of then-Mayor Coleman A. Young, planning began in Detroit for one of the largest waste-to-energy facilities in the country. The incinerator's supporters envisioned the plant as a revenue-generator for Detroit: Suburban communities would clamor for the right to send their garbage to Detroit's cheaper-than-landfilling burner, which would then provide inexpensive energy to heat and power downtown's office buildings, with almost no pollution.

But almost as soon as the plant began being built, it became clear that environmental controls wouldn't be as stringent as originally envisioned. For instance, it was revealed that a burner planned for San Francisco by the same company contracted to build Detroit's would have more effective pollution controls. During test burns of Detroit's incinerator in 1988, workers grew ill, suffering blisters and rashes, nosebleeds, and swollen throats. At one point, employees were warned not to wear their work clothes home to protect their families. 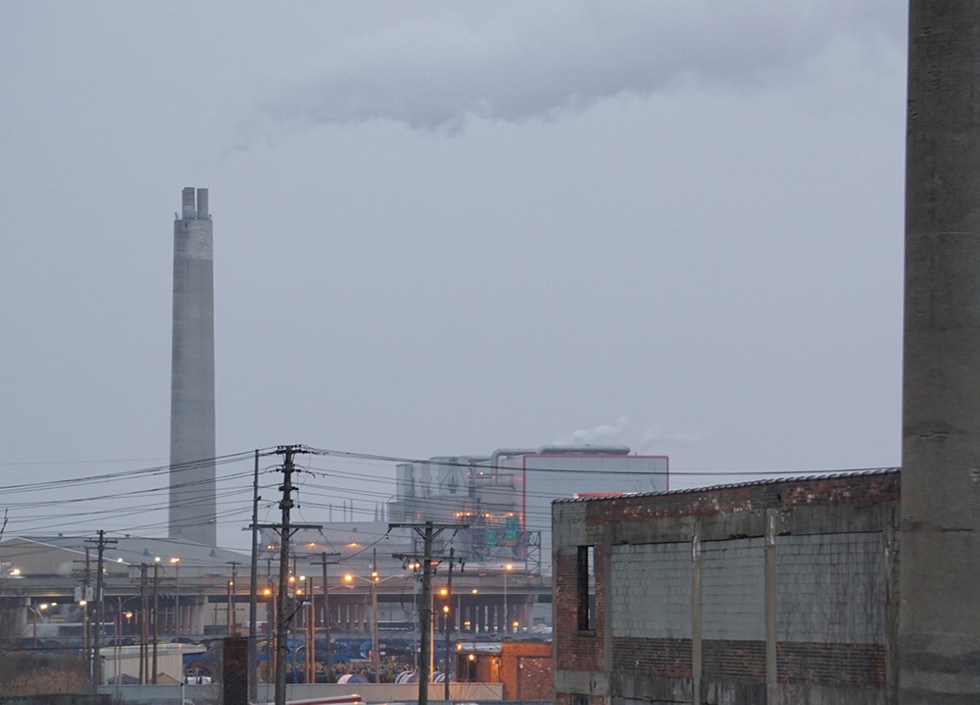 By the time the plant was opened in 1989, amid turbulent public protests, the costs had become enormous. The city issued $478 million in bonds to construct the facility, and then, in 1990, after Lansing demanded upgraded air pollution control equipment for the plant, the city had to take on another $179 million in debt. Before the plant was even paid off, the city sold it to a private owner in 1991 for a mere $54 million. Only in 2009, 20 years after the facility opened, did Detroit pay off the tab, which, including interest, amounted to at least $1 billion. According to analysis by the Ecology Center in 2008, the city's total spending reflected a cost of $172 a ton to burn its trash and then send the remaining toxic ash to a dump. Meanwhile, a coalition of a dozen southern Oakland County communities paid $18.75 a ton to send garbage to a landfill.

In 2010, the opportunity to renew the city's contract with the incinerator was put before the Bing administration's appointees on the Greater Detroit Resources Recovery Authority, or GDRRA (often pronounced Ghidorah, for the three-headed flying monster of the Godzilla movies). Despite the glut of affordable landfill space in Michigan, the quasi-public entity responsible for Detroit's waste stream locked Detroit into another long-term deal with the burner.

As the world changes around it, the facility continues to sputter, smell, and smoke, all while draining money from the city it helped bankrupt.

Even as the economy turned south and Detroit faced bankruptcy, the giveaways kept coming. In 2008, the state had redefined waste-to-energy power as "renewable," making the facility eligible for valuable green energy credits. In 2011, the facility's new owners came to Detroit City Council seeking $4.1 million in brownfield credits. The request was granted. In 2013, the owners completed a deal with the Michigan Strategic Fund for $55 million in tax-exempt bonds.

It would seem that the incinerator lives something of a charmed life in a changing world. The burner has passed from owner to owner, now under the same corporate umbrella as the century-old downtown steam system, a package deal bought last year by Basalt Infrastructure Partners II LP and DCO Energy. As the world changes around it — with the rise of recycling, the affordability of landfills, growing awareness of environmental justice, a culture that increasingly frowns on pollution, anxiety over climate change — the facility at the intersection of I-75 and I-94 continues to sputter, smell, and smoke, all while draining money from the city it helped bankrupt. Why is that? We asked the people who have opposed it, some of them for decades, for an answer.

One of the most obvious annoyances of the incinerator is apparent to anybody driving down the freeway on a muggy, hot, summer day. In the still summer air, all the trash that waits for incineration does exactly what trash does in warm temperatures: It rots. As it rots, it sends up a rancid stink that can spread out for more than a mile in every direction.

This is the problem activists have had the most success complaining about. The Michigan Department of Environmental Quality has been responsive to these grievances, and the facility entered into a consent judgment with the state's attorney general in 2014. But William Copeland, the climate justice director of the East Michigan Environmental Action Council, points out that the odor is just as easy to misinterpret as it is to register.

"I remember, as a kid, we would drive on the freeway, and it would just stink," he says. "We'd be like, 'It stinks. Ugh, Detroit stinks.'"

"For a lot of people, that's all they know. They don't know where the smell is coming from, much less that that smell is a violation, or that they can do something about it."

‘I remember, as a kid, we would drive on the freeway, and it would just stink. We’d be like, “It stinks. Ugh, Detroit stinks.”’

"That sort of messaging is the first part of the public campaign, to let people know that there's something that's not right here," Copeland says. "So we say, 'No, that's an incinerator, and they're violating their permit. And if it stinks, call this number and report them, and somebody will come and check on them, which actually has a tangential effect of costing the facility money.' That's very different than, 'Ugh, Detroit stinks.'"

It's the kind of educated response Copeland helps spread with Breathe Free Detroit, a campaign he and other environmental activist groups joined forces in 2016 to create.

"We wanted to create a separate vehicle to bring this issue of incineration to a new generation, to make it a live issue so that people know what's going on," Copeland says. "We've been successful touching the 20-year-olds, whether they're the young activists or just people who've moved to Detroit, some combination of young Detroiters. A whole new group of people has come in."

"The reason why we get on the smell is because, legally, that's what's moving MDEQ," he says. "We don't have a legal arm to grasp on the emissions right now, though we're definitely concerned about it, but the smell is a nuisance violation. And MDEQ is more responsive to that."