Savage Love: My boyfriend wants me to humiliate him for his ‘small’ penis 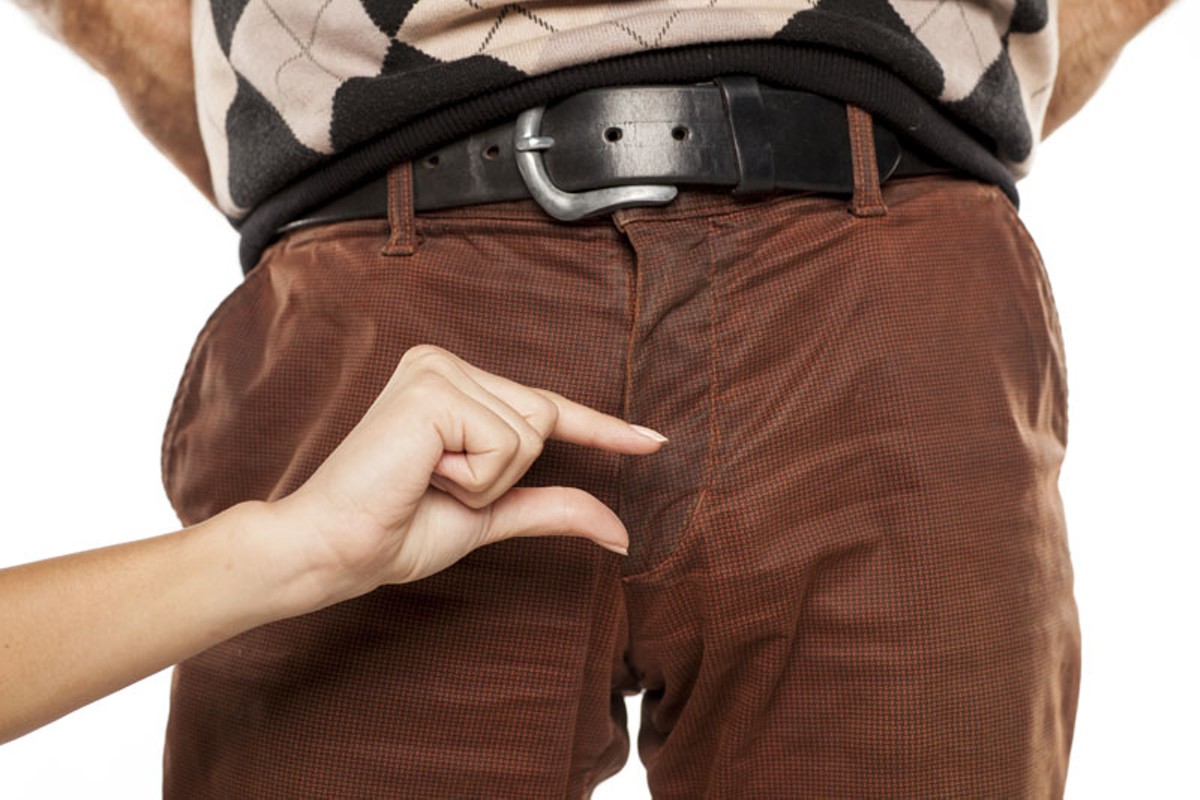 I'm a middle-aged man dating a younger guy. He wanted to be a "boy" to a Dom top daddy, and I was happy to oblige. The sex is amazing, and we click as people, too. Then a couple days ago, he told me he wanted to explore small penis humiliation (SPH). I was taken aback — not by the request, but because his penis is NOT small! It's not huge, but it's at least average. And it's thick! I'm not super hung, so it's not that he seems small in comparison — I have maybe an inch on him. When I pointed this out, he claimed I was just trying to make him feel better about his small size! He said I was patronizing him. He ended the conversation by saying he would drop it, since it was obviously making me uncomfortable. Honestly, I am uncomfortable with it. I just can't imagine bringing myself to go on about how small his dick is when I'm actually thinking how much that thing would hurt if he were to top me. But my bigger concern is that doing SPH might feed into possible body dysmorphia. The way he reacted to being told his penis wasn't small was a red flag — it told me this isn't just a fantasy. It's not that he wants to be made to FEEL it's small; he really believes it is small. How is this different from telling a skinny boyfriend what a big fat pig he is? I really like this guy, and I think this could go somewhere. I want to be GGG, but not at the cost of his mental health.

"The boy expressed a desire to play out a specific scene; he did not request a fact-check on his dick size," says Dr. Reece Malone, a board-certified sex therapist with a doctorate in human sexuality. "The boy's disappointment is understandable, especially if he was feeling hopeful that the request would be met with enthusiasm and mutual excitement."

Your boy was probably nervous when he brought SPH up, NOSPH, and his reaction to your reaction — his complaints about feeling patronized, his demand to drop the subject — was likely motivated by shame. Not shame about the size of his dick, but shame about this particular kink. He was open with you about other kinks right away, but sharing those kinks probably didn't make him feel as vulnerable as sharing this one did. He held SPH back until he felt he could really trust you. And after he worked up the nerve to tell you about his biggest turn-on, your response was to argue with him about whether his dick is small enough to qualify him for SPH play. "I think it's important that NOSPH revisit the conversation to examine if his reaction felt shaming," says Dr. Malone.

"While I appreciate NOSPH's concerns," continues Dr. Malone, "SPH scenes don't require one to have a small dick. It's fully engaging in the role-play itself that's hot and exciting. It really is no different if a daddy's skinny boyfriend wanted to engage in a fantasy where the thought of being a 'big fat pig' was hot and exciting for him."

Now, if he had a history of bulimia, telling him he's a "big fat pig" could be harmful; likewise, if he had a history of bigorexia, telling him he's a "skinny little shit" could be harmful. Your boyfriend may have a distorted idea about average dick size — most likely distorted by porn — but odds are good he's one of millions of people out there who have eroticized their anxieties and insecurities. So long as he isn't contemplating some dangerous or stupid way to make his cock bigger (like getting liquid silicone injected into his genitals, something that led to the death of a gay man in Seattle last year), you can engage in SPH without doing him harm.

"But NOSPH should ask more questions and engage in a dialogue on how his boy wants the scene played out, and if and how it would change their sexual dynamic overall," says Dr. Malone. "It's also fair for NOSPH to share his own concerns about feeding into body dysmorphia. He also has the right to set boundaries or decline the scene altogether."

Agreed! Limits and boundaries aren't just for subs, bottoms, or slaves. Doms, tops, Masters, and Mistresses get to have limits and set boundaries, too. If you can't go there, you aren't obligated to go there. But it might make you feel better about going there, NOSPH, if you bear in mind that you can mock his tiny cock (during sex play) and reassure him about his cock (during aftercare). If your boy doesn't feel like he has to win an argument about how small his cock is to get the SPH he wants, he might be willing to admit — or finally be willing to accept — that his cock isn't really that small.

Dr. Reece Malone is the creator of "Last Longer in Bed: 6 Steps to Master Premature Ejaculation." You can learn more about Dr. Malone and his work at reecemalone.com.

I'm a gay man in my late 20s finishing up a graduate program and dating a man who is 38. The sex is great. Some context: We met on Scruff and dated for a little bit. Then I suffered a loss in my family — I was sad and confused, and didn't want a relationship during this time. We talked again in June 2018, we went to Pride in Minneapolis, and we have been together since December 2018. Recently he hinted about children and my attitude toward children. I responded that I want to have children of my own someday. However, in a text, he stated that he wants a child in a year or two. This seemed like an ultimatum to me, one that could make or break this relationship, and I wonder why he kept this from me. I do want children, but I'm still a starving student, a child is a huge responsibility, and I worry about the state of the world. And he texted this information to me! I feel anxious and pressured. What do I need to do?

Maybe you need to chill the fuck out, TUMULT.

People put their long-term goals on the table when they start getting serious about someone — long-term goals like the places they'd like to live or the kids they'd like to have — because if you're not on the same page about the big stuff, continuing to make a large emotional investment in the relationship sets both partners up for heartbreak. And while you seem to think he should have brought kids up sooner (or in person, which definitely would've been better), people who bring up kids on the first date don't get many second dates. Six months in is a perfectly reasonable time to bring kids up.

And where you see an ultimatum, TUMULT, I see an opening — the opening of negotiations. Your boyfriend would like to be a parent in a year or two. You would also like to be a parent, but not that soon. So make your counteroffer. If two years is too soon, tell him when you think you might be ready. Three years? Four? After you land a job in your field? After President Alexandria Ocasio-Cortez signs the Green New Deal into law?

All your boyfriend is saying — all he's texting — is that he sees a future with you and wants to know if you're on the same page about the big stuff. It's a compliment, TUMULT, not an ultimatum. And while there's no compromising about whether to have kids — you can't have half a kid (not legally) — you can hammer out a compromise about when to have kids.

Give the gift of the magnum Savage Lovecast at savagelovecast.com. Questions? [email protected]. Impeach the Motherfucker Already: ITMFA.org.