Prosecutor Worthy warns of serious consequences for anyone who intimidates voters 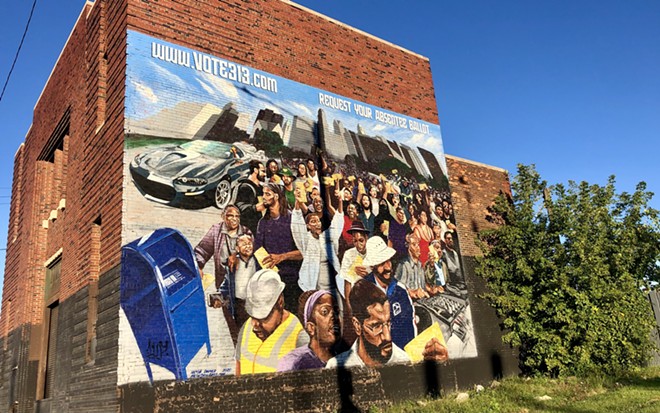 Steve Neavling
A mural in Detroit encourages voters to request their absentee ballots.

On the eve of Election Day, Wayne County Prosecutor Kym Worthy issued a stern warning to anyone who plans to threaten or intimidate voters.

“The right to vote is one of the most important functions of our Democratic system of government,” Worthy said in a statement. “We must be vigilant in protecting the rights of our citizens to be free from intimidation and the threat of harm. During these times it is necessary to show that we are committed to each voter’s ability to safely cast their vote regardless of their political affiliation, race, ethnicity, religion, gender or gender identity. Discrimination and threats will not be tolerated during our election process.”

Worthy’s warning follows revelations that at least three groups led by election conspiracists are planning to challenge voters in Michigan on Tuesday.

A group called the Election Integrity Force plans to deploy election challengers to each county to search for voters they believe aren’t legally registered to vote. They will be armed with lists of ineligible voters.

On its website, the Election Integrity Force brags about its “lawsuit to decertify the Michigan 2020 election.”

Another group, established by the America Project, an organization led by allies of former President Donald Trump, is recruiting citizen election monitors to observe drop boxes and voting sites. American Project encouraged poll watchers and challengers to attend trainings by Michigan Citizens of Election Integrity, another group that falsely claimed Detroit stole the 2020 election from Trump.

Last week, a metro Detroit member of the Boogaloo Boys, a far-right anti-government extremist group, was arrested by the FBI after he was accused of planning to disrupt the Nov. 8 elections.

“Election officials and law enforcement are more prepared than ever before, to immediately address any attempt to interfere or disrupt the elections process or intimidate voters,” Michigan Secretary of State Jocelyn Benson told reporters Thursday.