A Michigan League for Public Policy study reports that losing access to reproductive rights would profoundly affect the economic security of individual women, their families, and their communities 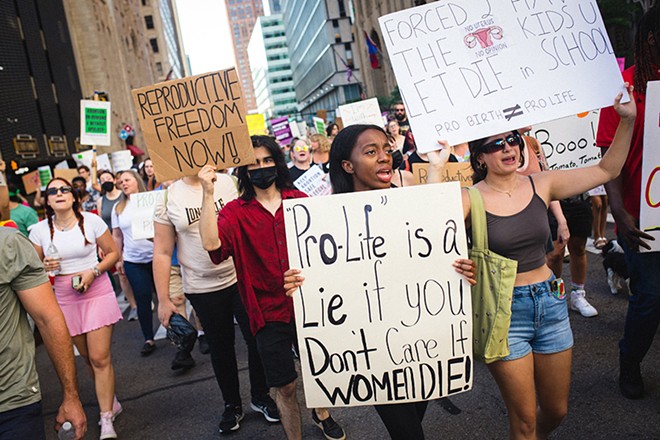 Ahead of this week's vote on Proposal 3 to restore access to abortion, a Michigan League for Public Policy study reports that losing access to reproductive rights would profoundly affect the economic security of individual women, their families, and their communities.

Anne Kuhnen, a policy analyst with the League and author of the report, said abortion rights affect more than just a few women.

"In Michigan, one in six pregnancies ends in an abortion," said Kuhnen, "which really highlights why this issue is so important because this is clearly health care that pregnant people need and are relying on."

Proposal 3 would block the implementation of a 1931 Michigan law — still on the books — that makes most abortions a felony. Opponents claim the referendum would repeal current parental consent laws and allow minors to go through gender-reaffirming treatments without their parent's consent.

Kuhnen said her research shows that a loss of access to abortion care would have an outsized effect on marginalized communities.

"Black and Latino women especially are over-represented in some of the lowest-paying fields, like child care, low-wage health care jobs," said Kuhnen. "So, the negative effects of being unable to access these essential health-care services are really amplified for women of color."

Kuhnen said the social and economic well-being of children is directly linked to a mother's economic status.

Research shows children of women denied abortions are more likely to grow up in poverty and more likely to experience poor maternal bonding, which can affect social and cognitive development.

"The vast majority of Michiganders are paying out of pocket for their abortion," said Kuhnen. "And for someone who's earning minimum wage in Michigan, that's basically your entire paycheck for two weeks."