It’s been eight months since Patrick Lyoya was shot and killed during a routine traffic stop in Grand Rapids. Now, his family has filed a civil lawsuit against the city of Grand Rapids and Christopher Schurr, the former Grand Rapids police officer who shot him.

The family’s attorneys Ven Johnson and Ben Crump made the announcement Wednesday afternoon during a press conference in Detroit. 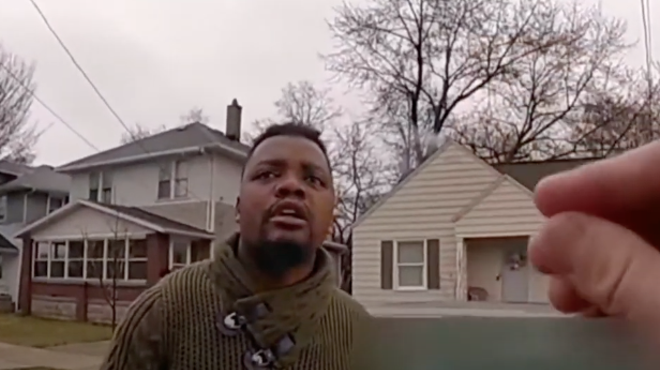 Video captures Grand Rapids cop shooting Black man in back of head following traffic stop: The only weapons at the scene were the officer’s stun gun and firearm

“It’s clear Schurr unnecessarily escalated a situation involving an unarmed Black man,” said Johnson in a statement. “At no point did Patrick try to hit, punch, kick or slap Schurr, nor did Patrick ever verbally threaten him. Any claim by Schurr that he was in imminent fear for his life is absolutely unreasonable and untrue.”

The lawsuit claims the City of Grand Rapids with one count violation of Civil Rights stating:

City has a policy, practice, procedure, protocol, and/or custom that demonstrates deliberate indifference to the rights of the Plaintiff and was the cause and moving force behind the violations and harm suffered.

City has a history of whitewashing excessive force cases and citizen complaints, and routinely fails to adequately discipline their offending officers, even when City has concluded that the officer violated its policies or procedures.

The lawsuit also lists two claims against former officer Schurr saying he violated Lyoya’s civil rights with the use of excessive force and was “grossly negligent.”

Grand Rapids cop who shot Patrick Lyoya in back of head to stand trial: Christopher Schurr was charged with second-degree murder in June

“Law enforcement officers in this country cannot continue to be absolved of accountability for shooting first and asking questions later,” said Crump in a press release. “The minor punishments officers often receive do not send a message that will deter other officers from repeating this deadly cycle. This pattern needs to end here with justice for Patrick Lyoya.”

Born and raised on Detroit's Westside, Alex Washington is about as Detroit as they come. She judges your coney island order and serves a mean side-eye when anything across Eight Mile is called "Detroit." Her writing has been published in Real Detroit Weekly, The Detroit Free Press, Model D, BLAC magazine, and...
Read More about Alex Washington
Scroll to read more Michigan News articles