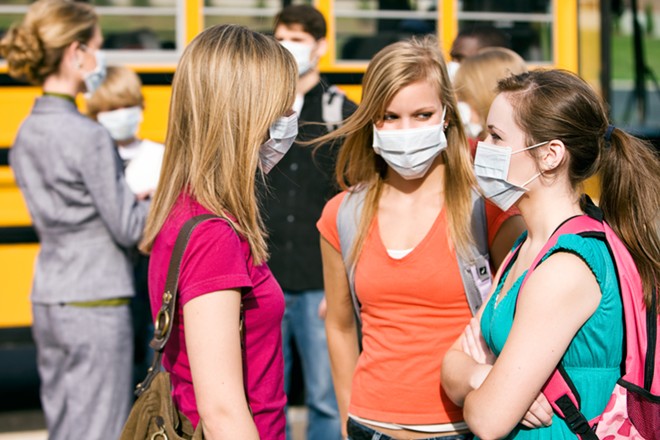 Shutterstock
Wayne and Oakland counties have imposed mask mandates for schools, but two districts are threatening to defy the orders.

"Mask wearing remains a personal choice and will be permitted at school by any student, staff, or community volunteer who chooses to do so,” the resolution states.

The Oxford Community Schools board is considering a similar measure, despite opposition from the superintendent. The board could vote on the resolution as early as Tuesday.

Oxford schools are in Oakland County, which requires masks for students, teachers, and staff.

Papas said Oxford’s resolution was a factor in proposing a similar measure.

"I did a lot of soul-searching," Papas at a school board meeting Monday night. "This is not something I just decided on as a snap decision to write this resolution ... In every community there's a division on this issue and I acknowledge that. And I know no matter what decision we make, there are people that are not going to agree."

The resolutions could backfire. School boards don’t have the authority to defy county health department mandates and doing so could result in a financial penalty for the districts, according to the statewide group representing school boards.

Eradicating mask mandates could also hasten the spread of COVID-19. A Metro Times analysis last week found that the most severe outbreaks happened in schools without mask mandates.

In Macomb County, the only county in metro Detroit without mask requirements, schools are experiencing the most severe and frequent COVID-19 outbreaks.

Gov. Gretchen Whitmer’s administration opted not to impose mask mandates at schools, but state officials are encouraging counties and school districts to require masks on the local level.