At 72, the former Detroit Tiger lives in a cramped house in desperate need of repair on the city’s east side 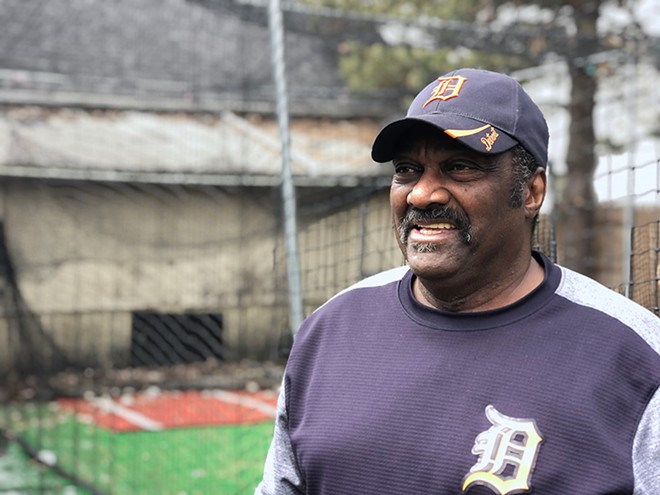 Steve Neavling
Left behind: Former Detroit Tiger Ike Blessitt stands in his backyard next to a batting cage.

But his commitment to America’s pastime has cost him a lot.

At 72, the former Detroit Tiger lives in a cramped house in desperate need of repair on the city’s east side.

His health isn’t much better. In the past four years, he’s had a heart attack, a triple bypass, and a bleeding esophagus. An infection and diabetes claimed his right foot.

“I’m hurting,” he tells Metro Times in a gravelly voice. “My kitchen went down on me. My countertop caved in. I have diabetes, and I’m living off of hot dogs and burgers because I can’t use my kitchen.”

Unlike many former professional baseball players, Blessitt never made a lot of money. In fact, he’s among an estimated 179 former players who weren’t on a major-league active roster long enough to qualify for a pension or health care from the billion-dollar-industry.

For all the years he played in the minor leagues, Blessitt got nothing.

He gets by as a hitting instructor for teenagers, teaching them how to swing a bat and measure up a fastball. He built a batting cage in his backyard and plans to use his garage to hit ground balls to aspiring infielders.

Born and raised in Hamtramck, Blessitt has played baseball since he was 7 years old. He also was a star in football, basketball, and track and field.

In 1967, the Tigers drafted him in the 15th round when he was 17 years old. For the next five years, he cut his teeth in the minor leagues, playing for teams in Florida, North Carolina, Alabama, and Ohio. With a rare combination of speed and power, he posted impressive numbers in the minors. He hit 22 home runs and stole 29 bases on a Double A team in Montgomery, Alabama, in 1971.

He was playing for the Toledo Mud Hens in September 1972 when he was called up to play in the majors.

“My manager said, ‘Ike, you’re not going to play tonight,” Blessitt recalls. “I said, ‘Why, coach?’ He said, “You’ve been called up to the big leagues.’”

It was the last month of the season. Blessitt only played in a handful of games, but he earned a spot on the roster for Spring Training in 1973 with a chance to prove he was ready for the big leagues. 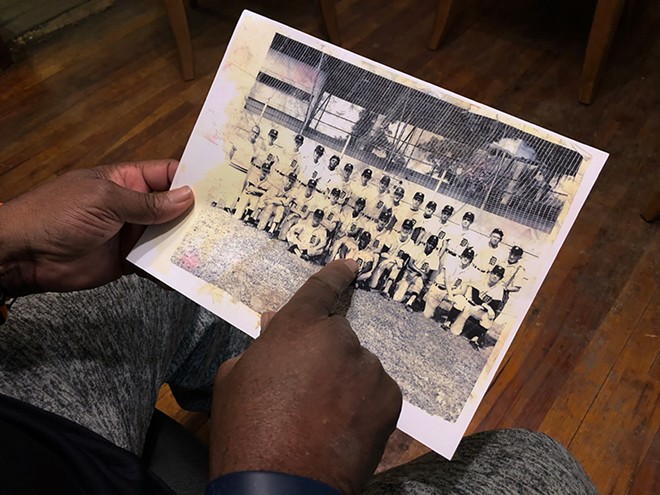 Steve Neavling
Blessit pointing at himself in a photograph of the 1972 Tigers.

What happened next, Blessitt says, cost him a spot on the active roster, and it wasn’t his on-field performance. According to Blessitt, storied Tigers manager Billy Martin, known as a skilled coach but a quarrelsome drinker, was with a white teenage girl at the Leland House hotel in Detroit and wanted Blessitt, a 22-year-old Black man, to take her home to her parents’ house in suburban Birmingham at 1 a.m.

“I’m saying to myself, ‘Damn, if I give this girl a ride, he might keep me in the big leagues the next year,’” Blessitt says. “I get there, and the girl is under 16 years old. Like I’m going to drive a white girl to Birmingham in the early ’70s at 1 o’clock in the morning.”

Instead, Blessitt got her a cab. He was furious with Martin.

“I went back there screaming at him,” Blessitt says. “That’s the worst thing I did because the next year I paid for it in Spring Training. I’ve been through hell since my fight with Billy Martin. I lived with it all these years.”

Blessitt also dealt with racial discrimination. Only a handful of the players on the Tigers’ 40-man roster were Black. Instead of competing against white players for a spot on the team, he says the Tigers only matched him up against Black players in left field.

“The American League was prejudiced,” he says. “There were a lot of Blacks who could not play, and they were good.”

In the 1973 season, Blessitt says Martin demoted him to Double A. For the next four or five years, Blessitt bounced around the minor leagues, but he never got called up again.

He spent his 20s pursuing the big leagues and never had time for another job, missing out on opportunities to gain experience outside of baseball. He played year-round.

“In the long run, it hurt me because I didn’t get a job like everyone else in the winter months,” Blessitt says. “The Tigers sent me to winter ball from 1967 to 1972, so I couldn’t work.”

After spending his 20s in the minors, Blessitt played baseball in Mexico for the next 15 years.

In 2011, pre-1980 players with more than 43 days on the active roster began receiving a modest annual stipend. Blessitt, who paid union dues at the time, was on the roster for just one month.

“It’s a shame the way baseball has gone,” Blessitt says. “There’s only a few of us still living that don’t get pensions. With all the money that they make, they could give us some money. It’s not going to break anybody’s pocket. Baseball went from being a pastime to the almighty dollar.”

After becoming a retired player, Blessitt never gave up on baseball. It’s all he knew. He became a hitting instructor and worked in Tigers Fantasy Camp, where grown-ups suit up and play baseball with former Tigers during Spring Training.

“If it wasn’t for Fantasy Camp, I don’t know where I’d be,” Blessitt says. “They really help me out.”

“There’s only a few of us still living that don’t get pensions,” Blessitt says. “With all the money that they make, they could give us some money. It’s not going to break anybody’s pocket.”

On a recent weekend, Blessitt limps across his backyard, where he set up a batting cage for young ballplayers. Just beyond the edge of his yard is a pile of abandoned furniture and garbage from who knows when.

“We’re going to try to get the city to move that,” Blessitt explains, his brown eyes shaded by the bill of his Detroit Tigers hat. “There’s a lot we can do back here.”

Baseball may have forgotten Blessitt, but he’ll never turn his back on the game.

“I never got out of baseball. I’ve been in baseball all my life,” he says. “But I had a hard time. I don’t know how else to go out and get money, so I taught baseball.

He wants to get young Detoiters playing baseball again. Most of the baseball diamonds around Detroit are long gone because many Black kids don’t have the money for equipment or traveling teams, which Blessitt says can cost $5,000 for each child.

“We’re trying to do something for the city,” Blessitt says. “Baseball isn’t like it used to be. White players have the money. Black players don’t. We have to do something about that.”

Blessitt says he has one goal.

“When I take my last breath, I want to be able to say I’ve made a dent in baseball history in Detroit,” Blessitt says. “It’s my game, I love it. I eat and sleep baseball.”