Brightmoor neighbors track down dumper, get him fired, get mess cleaned up 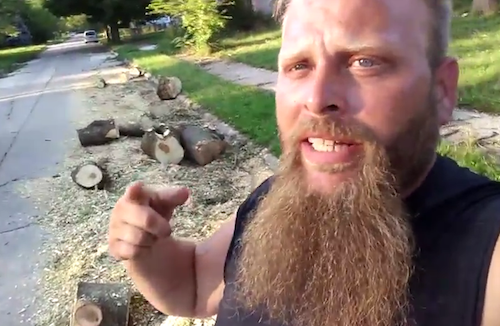 Screen capture from Jonathan Pommerville's latest video
You dump in Brightmoor at your own peril. Don't be surprised if you find this guy catching up to you.
An interesting Detroit story developed today on Facebook: Detroiters caught and filmed someone from a tree service dumping in their hood and took action. They chased the guy down, got him on film, then mounted a campaign to get the owner of the company to take action. And it worked.

As near as we can tell, Brightmoor resident Amy Wilson noticed a distinctive red dump truck heading north on Virgil Street, a street without inhabited houses. Noting that it was not a city truck, she grew curious and sent out a text alert to her neighbors. Wilson’s husband actually caught what they believe was the same vehicle just as the driver was shutting the truck’s doors, apparently just after dropping a load of tree waste on the street.

Why? Because Brightmoor is ramping up its fight against dumpers who use the neighborhood’s streets, and one of its most potent weapons is a guy named Jonathan Pommerville. The subject of a Metro Times cover story earlier this year, Pommerville gave chase, found the driver, confirmed what company he worked for and helped launch a Facebook campaign to demand that the company make it right.

Dubbing the pile of waste “Mount Douche Bag,” Pommerville demanded that the company’s owner, a person named Chad, send out a crew to clean up the mess the employee left. Here’s that video. He offered the company’s phone number, and urged people to call the company.


It took a while, and negotiations appeared to break down at one point, but we hear now that the rogue employee has been let go, and the company has cleaned up his mess. (So, it goes without saying, please don’t bother the company, or Chad.) Facebook users can find more on Pommerville's feed right here. 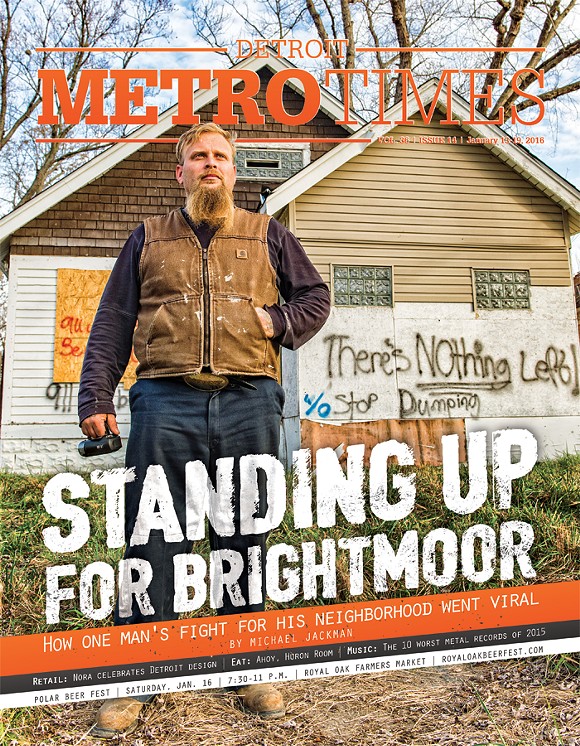