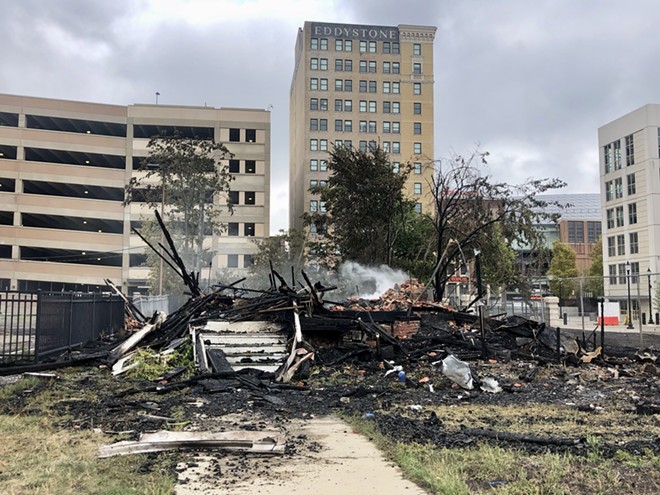 Steve Neavling
The house at 2712 Cass Ave. was one of the last houses in Detroit's South Cass Corridor that hadn't been sold for redevelopment.

Yet another building in Detroit has burned down under suspicious circumstances.

It was one of the last remaining residential properties in an area that was mostly bought out and razed for Ilitch family development projects. The Ilitches quietly purchased around 70 properties in the South Cass Corridor District over 15 years that were left to decay, driving down land value in a strategy critics called “derelict by design.” This allowed the Ilitches to buy more property in the area for cheap to redevelop.

Over the years, the “holdout” house has been for sale for as high as $5 million due to its close proximity to the $863 million arena. Now the last house standing is gone.

Detroit Fire Department Chief James Harris tells Metro Times he got the call just before 4 a.m. Monday and more than 20 officers responded to put out the blaze. A cause has yet to be identified. 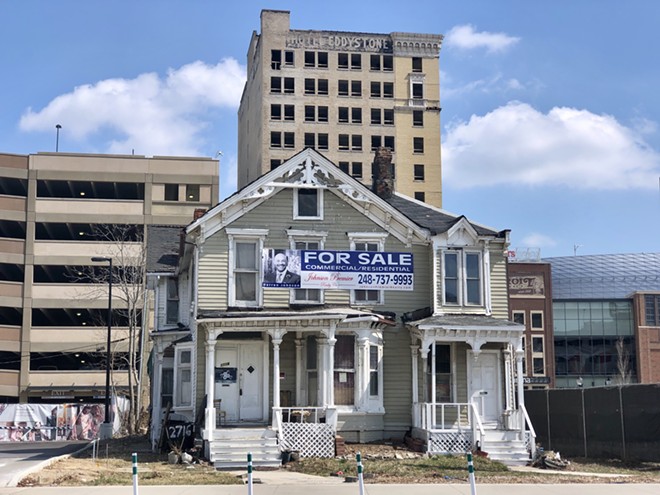 Steve Neavling
The property in 2019.

“The house is completely burned down,” he says. “Right now we’re still investigating and we don’t have any further information or a cause to report."

Harris says no one was in the house at the time and no injuries were reported.

A “for sale” banner by Darren Johnson at Johnson Premier Realty Co. hung on the abandoned home for several years. Johnson was pretty annoyed when we called him on Monday morning, informing us that he was no longer “dealing with that property” and that he had been bombarded with media calls all morning.

Property records show the house is owned by the Scheherazade Love trust. P&P Realty most recently had the house listed for sale at $2.5 million. P broker and owner Shane Parker confirmed the house was zoned B4, which is a general business district and it was available for cash or land contract terms.