Officer Johnny Strickland, a Detroit native, said he was was handcuffed and harassed by white cops 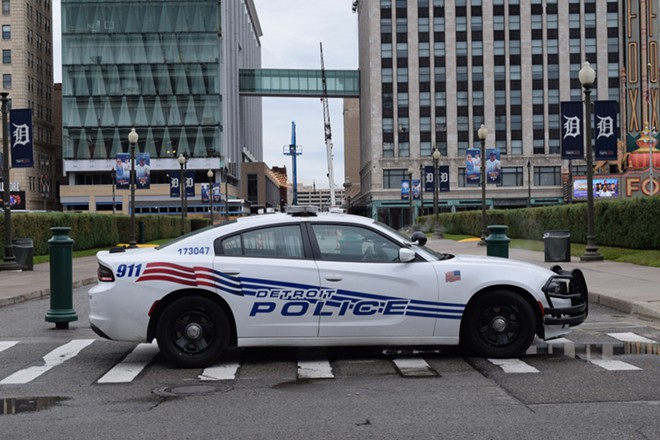 A Black Detroit police officer who was arrested and searched while off-duty has won a racial-bias lawsuit alleging excessive force, retaliation, and a hostile work environment, the ACLU of Michigan announced Wednesday.

Officer Johnny Strickland, a Detroit native and 11-year veteran of the force at the time of the incident, was awarded $150,000 after a jury sided with him on Monday.

In January 2017, Strickland was handcuffed and harassed by white cops when he accidentally walked into a crime scene in Detroit. After identifying himself as a Detroit police officer, the cops insulted him and placed handcuffs on him so tightly that they caused injuries, according to the lawsuit filed in 2018 in U.S. District Court for the Eastern District of Michigan.

He was detained without case and his car searched. A white captain on the scene demanded, “This goes nowhere from tonight,” the suit states.

After filing a complaint with the Equal Employment Opportunity Office within the police department, Strickland was accused of violating department policies and suspended.

The goal of the lawsuit was to expose and reform racist policing practices, the ACLU of Michigan said.

“I care very deeply about the City of Detroit, and I am especially concerned about how police treat people of color,” Strickland said in a statement Wednesday. “If I, as a veteran police officer, so easily became the victim of police misconduct by my own colleagues, the average citizen doesn’t have a chance. I hope that my actions will encourage other Black officers to stand up for what's right, staying quiet only makes things worse.”

“With this case we have taken a step toward the reimagination of public safety in Detroit,” Fancher said. “Thanks to Sgt. Strickland, who had the courage to speak out against wrongdoing, this case shines a light on the unfairness and injustices that affect Black police officers and the community at large. Our hope is that the City’s leaders will take a close look at what that light has revealed and act aggressively to provide the community with a whole new approach to ensuring the public’s safety and welfare.”