Another Michigan lawmaker accused of driving dunk, crashing his car 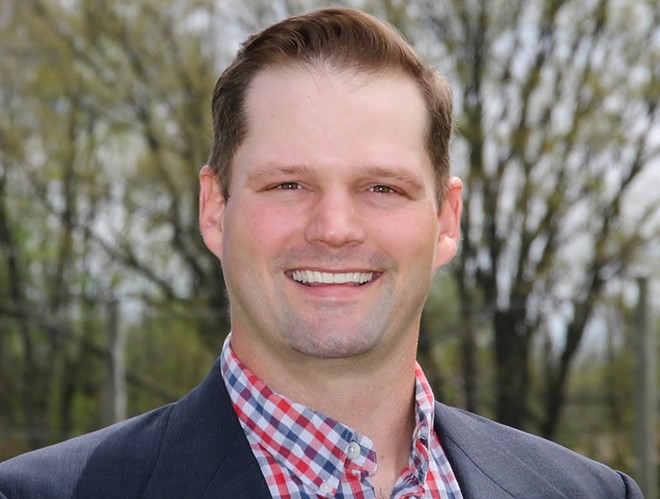 A second state lawmaker has recently been arrested for allegedly driving drunk and crashing his car.

State Rep. Bryan Posthumus, R-Canton Township, is accused of operating a motor vehicle while intoxicated after his Jeep veered off the road, hit a mailbox, and rolled over in Ada Township on Friday evening.

Posthumus was arrested, and his blood-alcohol level was 0.13%.

“I am deeply disappointed in myself for putting other people in jeopardy by driving after drinking alcohol," Posthumus said in a statement. "There is no excuse for what happened, and I take full and complete responsibility for my actions. To my family, friends, colleagues, and constituents who I serve, I sincerely apologize and ask forgiveness."

Posthumus, the son of former Michigan Lt. Gov. Dick Posthumus, was also arrested for operating while intoxicated in January 2013.

He said he plans to attend Alcoholics Anonymous meetings.

"I am grateful that no one else was injured because of my mistake. I will work very hard to regain the trust, respect, and support of my loved ones, my fellow state representatives, and the wonderful citizens in my district," Posthumus said. "I never again want to embarrass myself or others through my actions.”

State Rep. Jewell Jones, D-Inkster, was arrested on April 6 after police say he was driving drunk and crashed his black Chevy Tahoe into a ditch on I-96 in Livingston County. He was charged with resisting and obstructing a police officer, operating a motor vehicle with a high blood alcohol content, operating a motor vehicle while intoxicated, possession of a weapon while under the influence of alcohol, and reckless driving. His blood-alcohol level was allegedly more than twice the legal limit.

State lawmakers have not said yet whether they plan to discipline Jones or Posthumus.