Why Run the Jewels is Lorde’s unlikely opening act 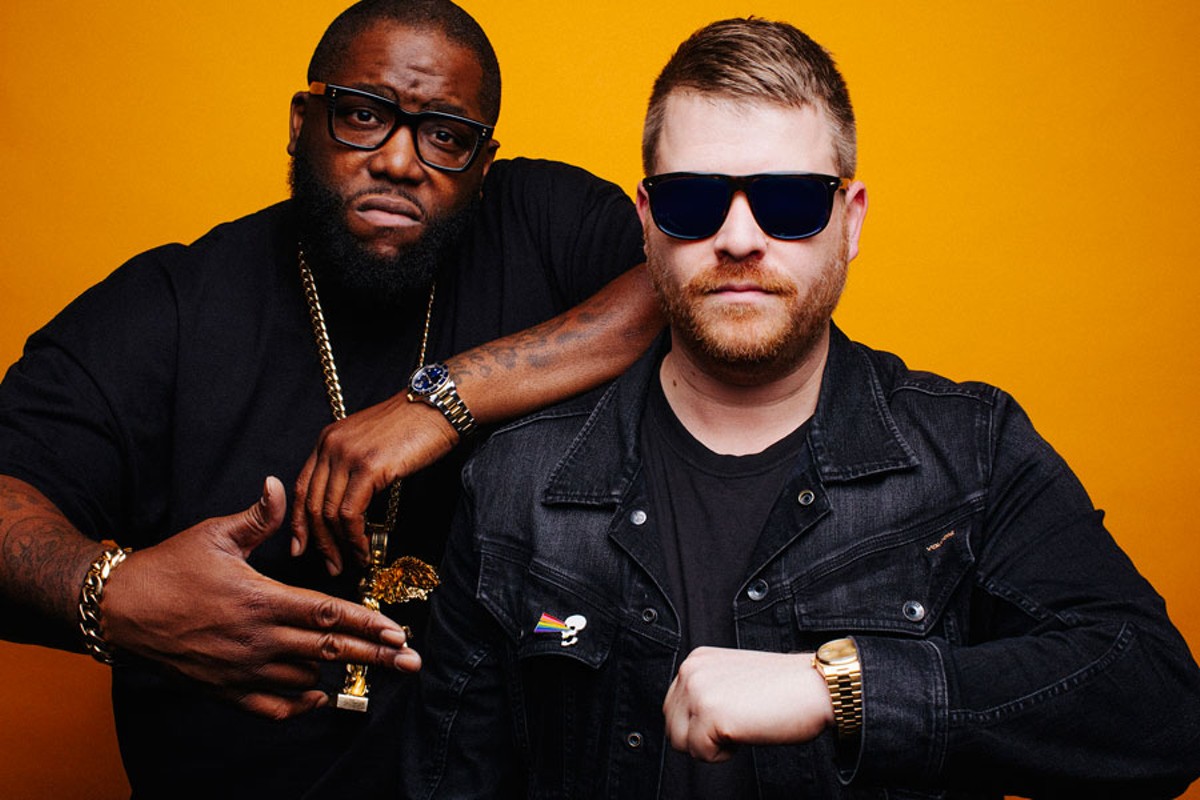 Killer Mike and El-P of Run the Jewels. Dan Medhurst

When it comes to building hot beats, the hip-hop producer and rapper known as El-Producto (El-P for short) says he never considers what listeners might respond to. Rather, he's guided by whatever makes him and his musical partner, Killer Mike, giddy to lay down spontaneous raps.

"The first phase of making beats is finding something dope that inspires Mike and I to just go off," El-P says. "If we feel giggly and fucking excited about something we're pulling off, then that's my barometer."

It must be a good measure, because they've been absolutely lighting it up since forming the hip-hop duo Run the Jewels in 2013. Previously, El-P (real name Jaime Meline) and Killer Mike (Mike Bigga) had toured together and frequently contributed to one another's solo albums.

"We already knew the love was there," Killer Mike says.

"We were already a team," El-P echoes.

The duo's first, self-titled album was the sort of release that got dormant fans of hip-hop excited again. It blended El-P's futuristic production and dense rapping style with Killer Mike's beastly, catch-me-if-you-can flow, and it's seemed like a perfect partnership from the get-go. With its follow-up albums — Run the Jewels 2 (2014) and Run the Jewels 3 (2016) — they continued trading cartoonish, chest-thumping verses over increasingly insane beats. All three albums are already considered modern rap classics.

Speaking with Metro Times ahead of Run the Jewels' opening set for Lorde at Little Caesars Arena on March 28, El-P and Killer Mike acknowledge that opening for one of the planet's biggest pop icons isn't anything like playing a nightclub for a few hundred people. They realize most people aren't there to see RJT. But don't expect them to tone anything down for the young teens and families in attendance, or pull punches while delivering such lyrical gems as, "No hocus pocus, you simple suckers been served a notice/ Top of the morning, my fist to your face is fucking Folgers."

Lorde is an odd touring partner for a hard-rap group, for sure, but she's been tight with RTJ since they toured together about four years ago. Ahead of this run of concert dates, her management team offered them the main supporting slot and the opportunity to remix one of her songs. But as one of the world's leading producers, El-P always has plenty of original compositions in various stages of completion, so he initially hesitated to commit to the project.

"I don't really do remixes anymore," he says. "I used to do a lot of them, but I don't like to do them, for the most part, unless I'm really inspired and it's a challenge. ... If you're going to remix a song, you actually try and remix it, you know? You turn it into something it wasn't before you got your hands on it. That's what interests me."

What's more, the song — "Supercut" — didn't immediately seem ripe for reimagination, but El-P eventually heard something in the track he was able to tease out and manipulate.

"At first I was like, 'I don't know if I have an idea for this,'" he says. "But I slowed it down a bit and started playing around with it, and all of a sudden this dark, funky sort of thing came out of it. You can look at lyrics a lot of different ways, but the production of the music around the lyrics is what gives you the context. Her lyrics are sort of mournful and a little bit dark, and the background vocals — the high part she sings — is what I used for the hook, but it wasn't the main hook in the original. It had almost like a funky, Prince sort of feel. So, yeah, I just recontextualized it."

The result is a filthy, twisted take on "Supercut" that bears very little resemblance to the nostalgia-inducing original. El-P's version features blasts of static, swells of sinister synthesizers, and, of course, absolutely nasty flows from both MCs.

"El-P laid down this crazy dope remix, we laid down verses, and the rest is history," Killer Mike says.

As a producer, El-P concentrates on setting up the duo's verses to hit as hard as possible. Take, for example, "Blockbuster Night Part 1," a single off Run the Jewels 2. It's half an exercise in hilarious braggadocio, half a bone-chilling battle track that begins with a quarter-note drum-kick, over which Killer Mike proclaims: "Last album? Voodoo!/ Proved that we was fuckin' brutal/ I'm talking crazy, half past the clock is cuckoo." Then the beat drops as heavy as an anvil, like the Iron Giant playing staccato piano, and the song becomes a furious game of lyrical one-upmanship.

The way Killer Mike tells it, he was predestined to join forces with El-P.

"That's the correct answer," El-P says, snarkily, before getting serious. "It goes the other way for me as a producer. Every musician wants to find someone who understands them and what they're going for. ... At the end of the day, Mike got me. I've had experiences where you've got to fight pretty hard for people to let you do your thing, and Mike has always been a trusting musical collaborator. That trust was the foundation of why I was like, 'Yeah, man, I'll work with you, like, a lot.'"

Early in his career, El-P was half of the hip-hop duo Company Flow, so finishing another MC's sentences is second nature.

"Getting into a group with Mike felt like coming full circle, except this time I'm an adult and I know how to talk to people," he says. "This time, I'm not going to fuck it up."

The pair has taken some odd detours, such as the crowd-funded remix album Meow the Jewels, which is exactly what it sounds like (all of the instrumentals in Run the Jewels 2 replaced by cat noises), but otherwise they've been recording and recording relentlessly to build off their success. It's been a blur.

"We don't have time to commiserate," Killer Mike says. "One day, when El-P and I slow down, maybe we will, but we're always looking ahead to what's next. That doesn't mean we don't celebrate and toast ourselves, but we don't waste a lot of time. We're always thinking, 'How do we make more music? How do we get back on the road?'"

But they're both very much aware of the special connection they share, El-P says, and intend to keep putting out hard-hitting rap music together for the foreseeable future. (Stay tuned for Run the Jewels 4.)

"This thing that was born out of friendship and love for music took us somewhere we never expected," Killer Mike says. "No one could have planned this, you know? The thing you don't do is question magic. You just don't question it. We've been on this crazy, magical ride since we met. Even after the honeymoon is over and you get tired, I always remind myself how lucky I am to have found Mike and have this chance, at this point in my life, to do what I love."