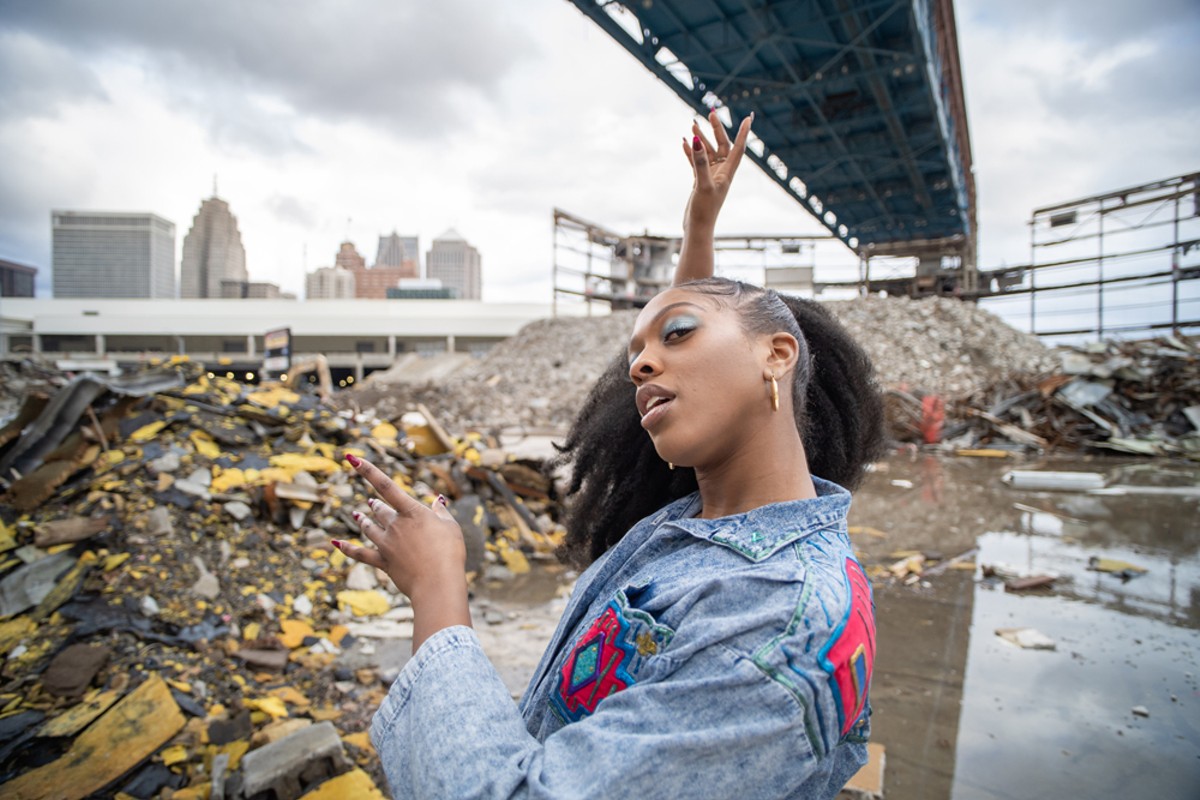 Morgan Hutson, a singer, songwriter and actress known as SuperCoolWicked, says her earliest memories are of her mother singing to her. Growing up on Detroit's west side, Hutson says her mother sang to her and her four siblings classic hits like Annie's "The Sun Will Come Out Tomorrow," Motown favorites, and old-school rap. Now, Hutson says, "I can't think of a life without music."

Going into her freshman year at University Liggett School, Hutson decided to take singing seriously and auditioned for the school musical. "I bombed, and I landed myself in the chorus," she says. Although she didn't get a leading role, her confidence was growing, and the following year she secured a lead role in Into the Woods. Throughout high school Hutson says she had a "plan to be a pediatric neurosurgeon" — in her mind, it seemed like the logical and safe career to pursue since she was constantly told, "You're smart — you should be a doctor, a lawyer, a surgeon." Still, she had other dreams. "I remember crying to my mom like, 'I think I want to go to theater school,'" she says.

In 2012, Hutson enrolled at Syracuse University in upstate New York. The private university known for visual and performing arts gave her "some of the best training of my life," she says. "But it was also traumatic." As one of the few Black students in her theater program, she often "felt overlooked," and dropped out after two years. When she returned home in 2014, Detroit was changing in exciting ways, but in Hutson's mind it couldn't compare to the college culture she had grown to love. Her identity was tied to being a theater student. Hutson says she felt lost until she realized that she could be a singer here. "I can create the life I want to live anywhere," she says.

Hutson began playing around with music software like GarageBand and Logic. It wasn't long after that she found herself a member of music collective Video7, a music collective of singers, rappers, and producers from Detroit, Los Angeles, and Seattle that would come together for jam sessions. The group eventually started playing quarterly performances called "Cable Night."

At the beginning of last year, Hutson started making plans to go solo. While still collaborating with Video7, Hutson began recording her solo R&B project, High Gloss, last summer. She says the project "is shiny, iridescent, and well-packaged" like the magazines she grew up reading that shaped her into the woman she is today. "High Gloss is a way of life," she says.

The tracklist takes you through a journey of finding yourself through self-love. Hutson begins the project with a monologue telling the listener, "If it moves you then let it groove you/ relax yourself, let your guard down and take a deep breath." In the last song, "Flappy," she says, "I am a bird in the sky/ I cannot help but to fly, I vow to stop hiding my wings." She wants the listener to feel they have the power to be their full selves: "I would like for people to remember me by the freedom I allowed them through my music," she says. The project is already making waves: In October, she scored a gig opening a rally for Bernie Sanders at Cass Tech, sharing the stage with Jack White and the hip-hop duo Passalacqua. SuperCoolWicked was also featured in the Dazed documentary, Showing Up Showing Out, a film about the past, present, and future of Motown.