Show preview: Macklemore and Lewis at the Fox next Tues., Feb. 2 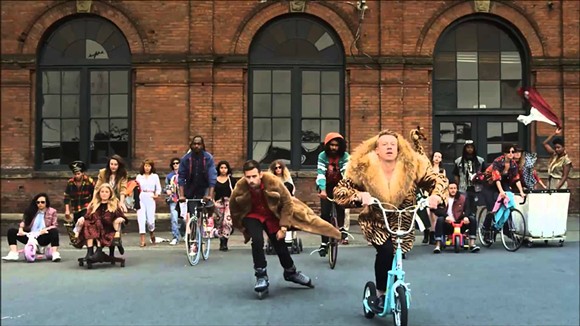 This Tuesday, February 2, Macklemore and Ryan Lewis perform at the Fox Theatre in Detroit.

Macklemore and Ryan Lewis have been mostly quiet since their Grammy-winning debut The Heist which came out in 2012, but the rapper and producer have been cooking up a batch of new songs for their February release This Unruly Mess I've Made.

In August, the rapper released the lead single, "Downtown" which he performed at the 2015 MTV Music Video Awards. His newest single, "White Privilege II" was received with very mixed reviews, some praising Macklemore for being progressive, with most critiquing him for being clueless to the entire race issue at hand.

Whatever your politics are, Macklemore and Ryan Lewis are engaging and energetic performers and know hot to put on one hell of a show.