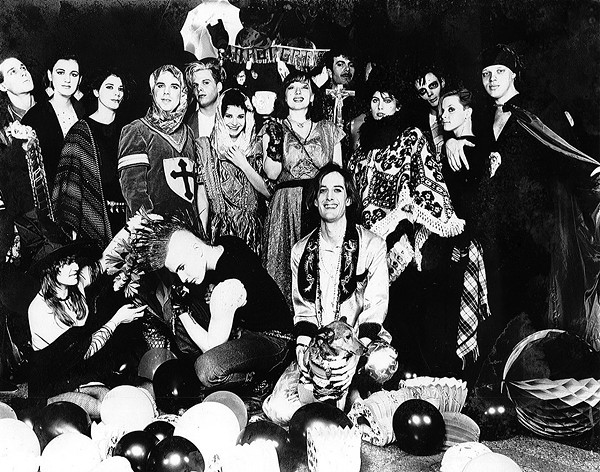 Luis G.
Stirling and friends in an ad for Liedernacht (originally appearing in Metro Times in February 1985).
Prince. Madonna. Meatloaf. Among these single-named legends Stirling — Detroit’s veteran promoter, record shop owner, club and band manager, and collector of some of the wildest, most rock ’n’ roll stories you’ll ever hear.

There’s the time he drove Lou Reed to a methadone clinic, or that other time he befriended Robert Plant, or when he hung with Iggy Pop in Berlin, where he would then get cozy with the Kinks. To celebrate another unbelievable year around the sun, Stirling has once again curated a birthday bash, this time at Northern Lights Lounge with performances by garage rockers the Stomp Rockets, Audra Kubat, Eddie Baranek, and more.