Vernors is releasing a limited-edition black cherry flavor this summer

Vernors Black Cherry will only be available in Michigan and Ohio 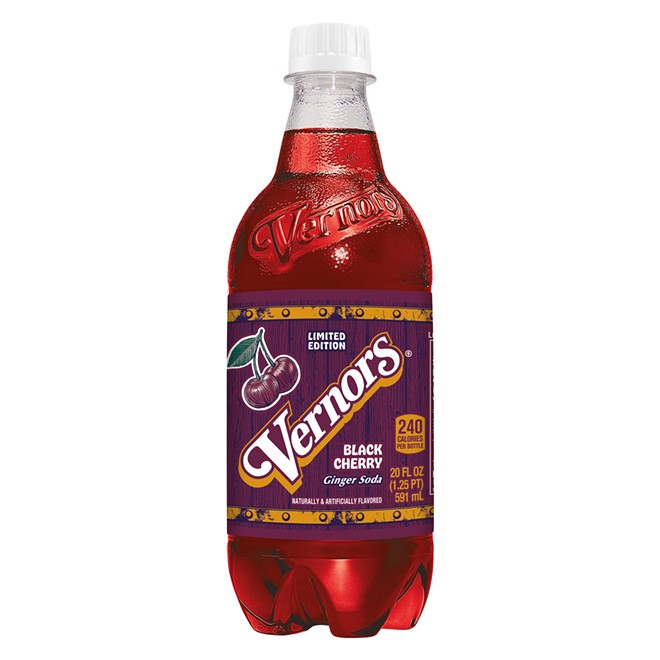 Vernors Black Cherry will hit shelves for a limited time only starting in August in Michigan and the Toledo area. Makes sense, seeing as Vernors was created in Detroit, and Michigan is known for its cherries.

"Vernors Black Cherry Ginger soda — the first flavor variation of the iconic ginger soda in more than 50 years — will be launched exclusively in Michigan and surrounding Toledo, Ohio, this summer," said Beth Hensen, market development manager for Massachusetts-based Vernors parent company Keurig Dr. Pepper, in a statement. "The limited-time flavor will be available in 20-oz. and 2-liter bottles and 12-pack cans, beginning this August through October."

"Soda?" Don't they know the correct word is "pop?"

Vernors is medicine — it's one of the unwritten rules of Detroit. We’re not sure how the black cherry flavoring will effect the ginger ale's medicinal properties, but we're pretty sure that won’t stop fans from buying it.

If the OG Vernors recipe has been healing upset stomachs for over 100 years, don’t mess with it. But we might just try the new black cherry flavor if we happen to stumble upon it come August. Ahh, the joys of capitalism.