The brisket is bangin’ at Arkins Sweet BBQ Pit in Southfield 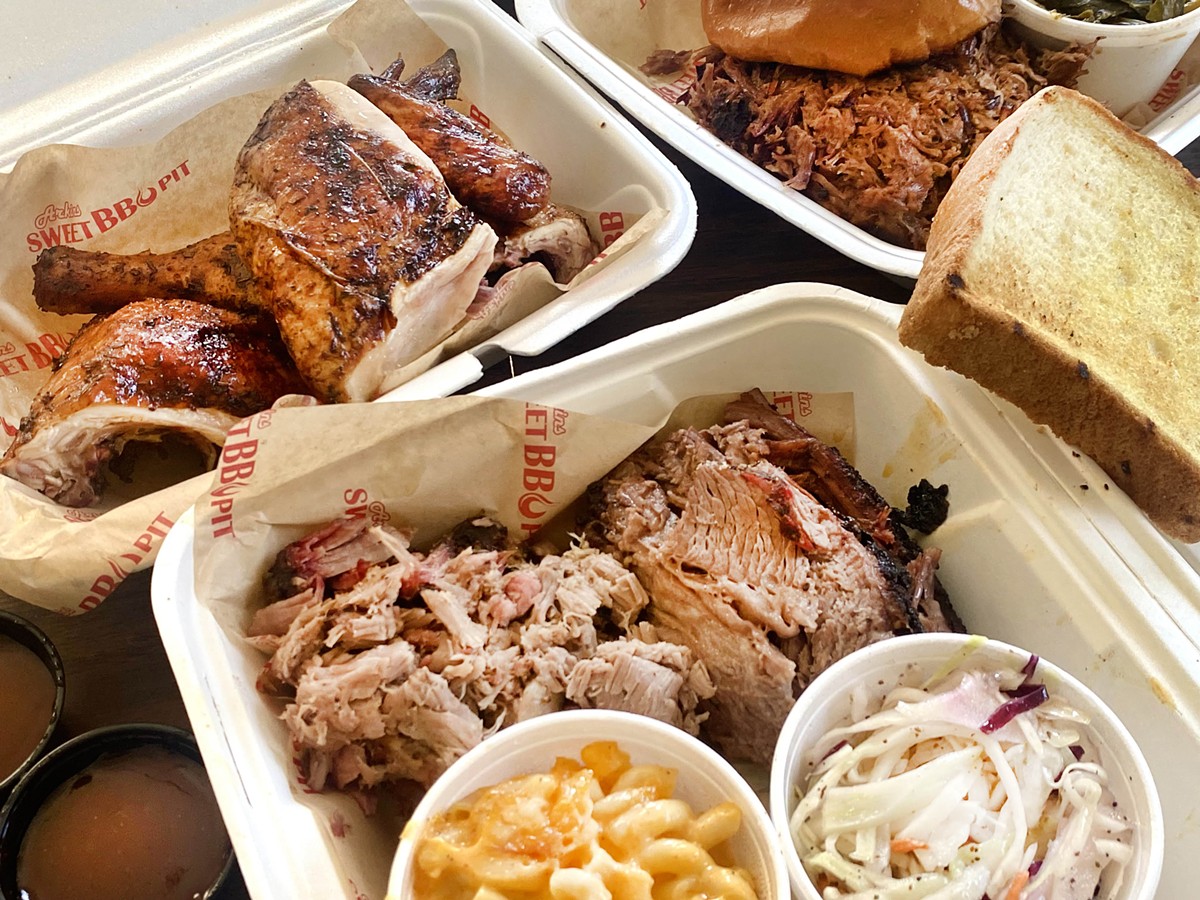 Generally speaking, you aren't going to find much brisket in Detroit's barbecue pits. Here, ribs and rib tips are king, and for beef and brisket you got to head north of Eight Mile.

But even then, finding brisket worth mentioning is a bit of a challenge. Oakland County isn't Amarillo, so it was with low expectations that we set out to investigate Arkins Sweet BBQ Pit's claims of having "best brisket in the city."

Folks: they might not be wrong. Arkins' brisket checks all the boxes — smokey, super tender, rich, and moist, with a rub that's peppery, sweet, and just the right level of salty.

Surely whoever is behind Arkins is a Texas transplant, right? Nope. Owner Arkan Karana was born in Iraq and cut his teeth running a pit behind a Taylor party store before opening shop in Southfield in 2015.

As Arkan tells the story, his buddy made some beef jerky and gave it to him as a gift. Arkan didn't like it and thought he could do better, so he started smoking. That eventually led to barbecuing, and after years of trial and error and developing his own recipes behind the party store, Arkins was born.

What makes Karana's brisket better than most in the region? He says he doesn't buy the cheap stuff and has his own unique trimming method. He smokes low and slow for 12 hours — or long enough to drink a 12 pack of beer, read a newspaper, and take a long nap, he tells me — over cherry, apple, or oak wood. He says he only rubs on salt and pepper, and, post-smoke, sprays on a "liquid flavoring" that imparts some of the sweetness while adding depth.

He's getting results. We also tried the brisket sandwich, which offered chopped brisket that wasn't quite as rich as its sliced counterpart on the plate, but delicious nonetheless, and right at home with the brioche bun and raw onion. The brisket can also be applied to quesadillas, mac and cheese, baked potatoes, and grilled cheese — choose your favorite vehicle and it's hard to go wrong, or just order it by the half pound. The signature barbecue sauce is, as one would expect, sweet and peppery — that seems to be the overarching flavor profile at Arkins.

Like the brisket, the pulled pork is smoked at 200 degrees for 12 hours, and it's excellent. A light, tender and smoky verison with the sweet and peppery notes.

The smoked chickens' skin is so crisp that it feels like it could shatter like glass, an effect Karana says he achieves by smoking the bird for a few hours, then cooking it on the grill. That leaves it with the right proportions of smoky, salty, and peppery.

Arkins also offers St. Louis-style ribs and rib tips, though we didn't order them. This was strictly a brisket quest, but Karana assured me they're worth a try. He also sells giant half pound polish sausages and jalapeño cheese sausages that are enough for a meal.

Arkins' sides are definitely worth noting: The slaw is crisp and fresh in a sweet and tangy vinegar-based dressing with plenty of pepper, while his mac and cheese is thick, gooey, and stretchy, with a smokey cheddar, cream cheese, Monterey Jack, parmesan, and sour cream mix. The greens are bright and acidic, not cooked within an inch of their life as can happen with some, and Karana says the recipe is a riff on his mom's spinach soup.

Arkins' small carryout only shop on Southfield Road south of 13 Mile Road has a cooler full of drinks, and though Karana has said he has considered expanding, he's happy with the largely word of mouth base he's cultivated with one location.