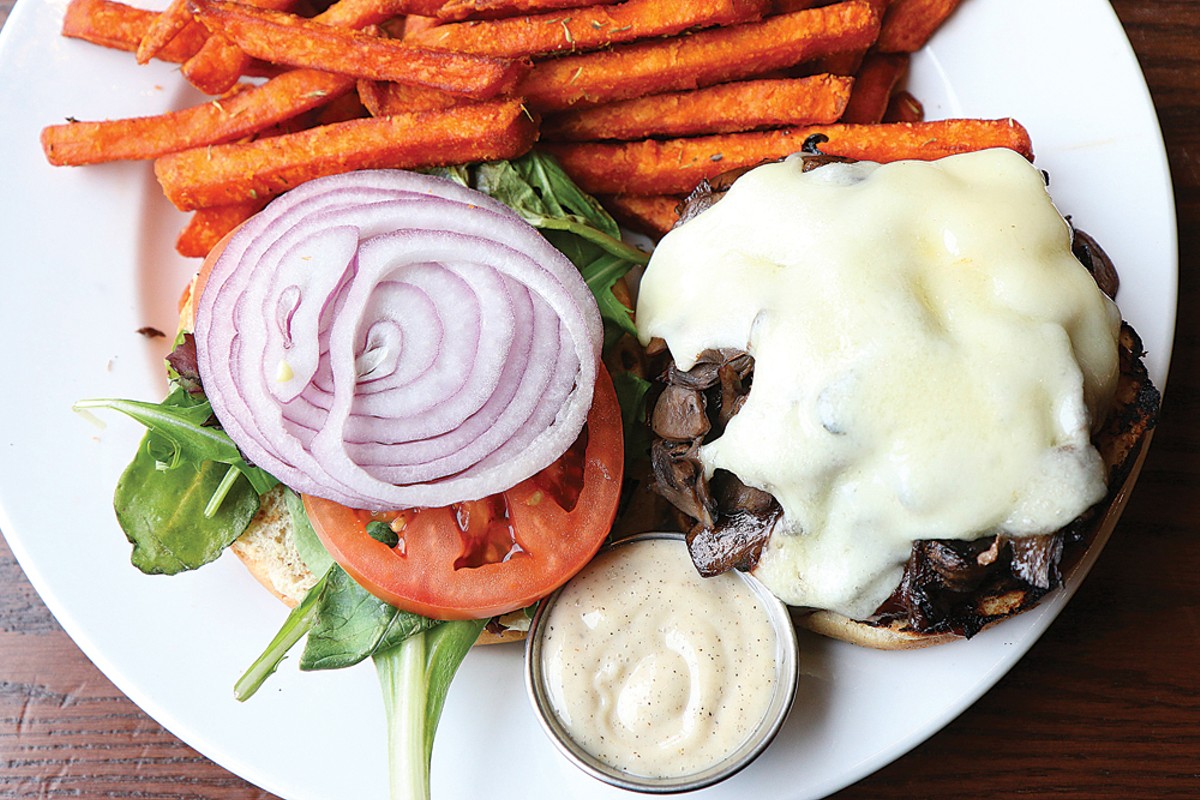 The value of a renewed piece of Detroit is often measured in sweat equity. It involves years of scraping together financing, back-and-forth with the city over permits, and pushing forward even when the city's revival feels uncertain.

That's the story of one such block on Woodward: the home of the historic Garden Theater. The block has seen demolitions, the restoration of office space, and the saving of the theater from ruin. Bit by bit, retired GM employees-turned-self-taught real estate developers George Stewart and Michael Byrd — the founders of the Woodward Garden Block Development Project — set out to create a reimagined entertainment complex. They demolished what couldn't be saved, leased out parking and office space, built a new 61-unit apartment building, and restored the crown jewel that is the Garden Theater.

At the center of the block's renewal is aptly-named The Block, a casual gastropub. You're likely to see a diverse mix of diners there: employees from the nearby Detroit Medical Center, students and faculty from Wayne State University, and theatergoers from the Max M. Fisher Music Center, Detroit Symphony Orchestra, or Majestic Theater complex.

The eatery came onto the scene in 2013, first as the upscale Midtown Grille, set in a modern dining space with a Motor City twist. The establishment closed last year and recast itself with more affordable fare, a signature "313" happy hour, and a relaxed, approachable aesthetic.

"Midtown Grille had some success, but I wanted to bring something that was a better representation of the feel of Midtown," says spokeswoman Stephanie Byrd, who is Michael Byrd's daughter.

The Byrd family already had many years of success running the downtown spot Flood's Bar & Grille. They realized that, to make the new Midtown eatery work, it had to be a space where one could visit a few times a week, not just for special occasions.

So far, the retooled restaurant seems to have become just the missing piece this block on Woodward (between Selden and Alexandrine) needed. Down came the automotive-themed prints, replaced instead with a chalk board paint job, allowing for playful and colorful murals. An open kitchen connects seamlessly to the long bar for a lively, deconstructed feeling.

Equally convivial are the wait staff, who, if they've met you once, will treat you like a regular every time you return. They're not out to upsell you, but rather make sure you're comfy and satisfied.

Under the leadership of executive chef Kevin Broe, the menu abandons its previous aspirations at fine dining and instead focuses on deliciously crafted bar bites, juicy burgers, and entrees that are explosive in flavor, yet don't break the bank.

Dinner for two (including two appetizers, two entrees, and a round of drinks) can be had for less than $50, making for an affordable date night. The Block is a spacious venue for after work drinks and an alternative to cafeteria food for lunch, too.

The focus of the reworked menu is a variety of small bites, which encourage sharing among friends and family. The star of the starters: gourmet wings that are tossed in a number of signature sauces, such as a garlicky Rock N' Rye, bacon bourbon, or a slightly spicy, tangy mango habanero. Served in portions of five or 15, they're quite large, with a crispy skin and juicy inside. A similar take is offered in the shotgun shrimp that are battered and tossed with a sweet chili sauce and green onions.

For a sampling of some of the appetizers, go to happy hour between 4-7 p.m. for the "313" specials, served only in the bar area. Each number represents a different special ($3, $1, $3). For example, $3 gets you a small order of calamari, wings (3), or Alfredo mac n' cheese; beers for $1; and specialty shots for $3. We tried the wings, a Goose Island IPA, and mac, all under this deal. The macaroni, which is also available in a full-sized portion (with grilled chicken and caramelized bacon), comes out creamy, with a thick top layer of cheddar, and is supremely rich. Our dining partner opted for a $5 cocktail. We're already off to scoring a sweet deal at only $12.

We continue with a number of bar burgers. Pick from beef, a chicken avocado, open-faced vegetarian, or a salmon BLT — most served on a brioche bun, with a choice of shoestring fries, sweet potato fries, or a garden salad. We went for a beef selection on one occasion, with peppercorn-encrusted prime beef, a saucy smothering of sautéed garlic mushrooms, and Swiss cheese. Another time, we ventured to the salmon BLT. It came out as a towering stack with a thick and nicely pan-seared filet, lettuce, lemon aioli, and a delicious walnut bread to sub out the bun. For some reason, the bacon was missing, though it was still a unique take on a burger.

Main courses are pretty akin to a typical sports bar and grill and seem to be on the menu for those insistent on having a full-sized entrée. The loaded chicken breast is topped with house-made BBQ sauce, melted cheese, Applewood smoked bacon, tomatoes, green onions, mashed potatoes, and sautéed asparagus. On top of another salmon selection and the protein-loaded mac n' cheese, The Block also offers a filet mignon and 10-ounce sirloin — both served with the requisite starch and veggie.

If you can save room for dessert, there's an intriguing Block cookie, a giant chocolate chip cookie served in a hot skillet and accompanied by a scoop of ice cream.

We found The Block to be an inviting, intimate, and casual gathering space, even when the crowds poured in during lunch and happy hours. It proves that The Block was just what was needed to complete the renewal of a historic Midtown space.