Why would you want to eat at a place where the servers are rude on purpose? 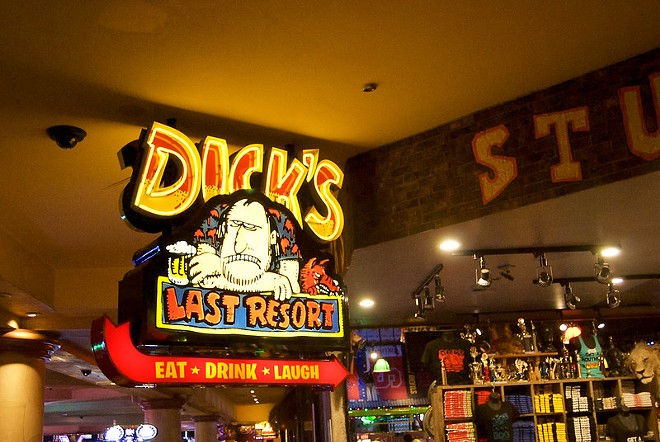 Nick Amoscato/ Flickr
We honestly can’t fathom eating at this place, as it sounds like a fight waiting to happen.

If you’re in the mood to be insulted and berated by waiters, the latest chain restaurant coming to Michigan may be for you.

We don’t know why you’d be in the mood for those things, but that’s what Dick’s Last Resort will be serving up at its new location in Saginaw. The restaurant will open at 8845 Gratiot Ave. on Aug. 8, and is Dick’s first Michigan outpost.

The restaurant is known for waiters who purposely provide bad service and make customers wear hats with hand-written insults on them. Its slogan is “Putting the F.U. in Fun since 1985.”

We honestly can’t fathom eating at this place, as it sounds like a fight waiting to happen. It’s probably a good thing Dick’s is opening in Saginaw and not Detroit, because we don’t play that over here. However, someone is obviously into it, as  Dicks’s has 11 locations across the country, including one at the Excalibur Hotel and Casino in Las Vegas.