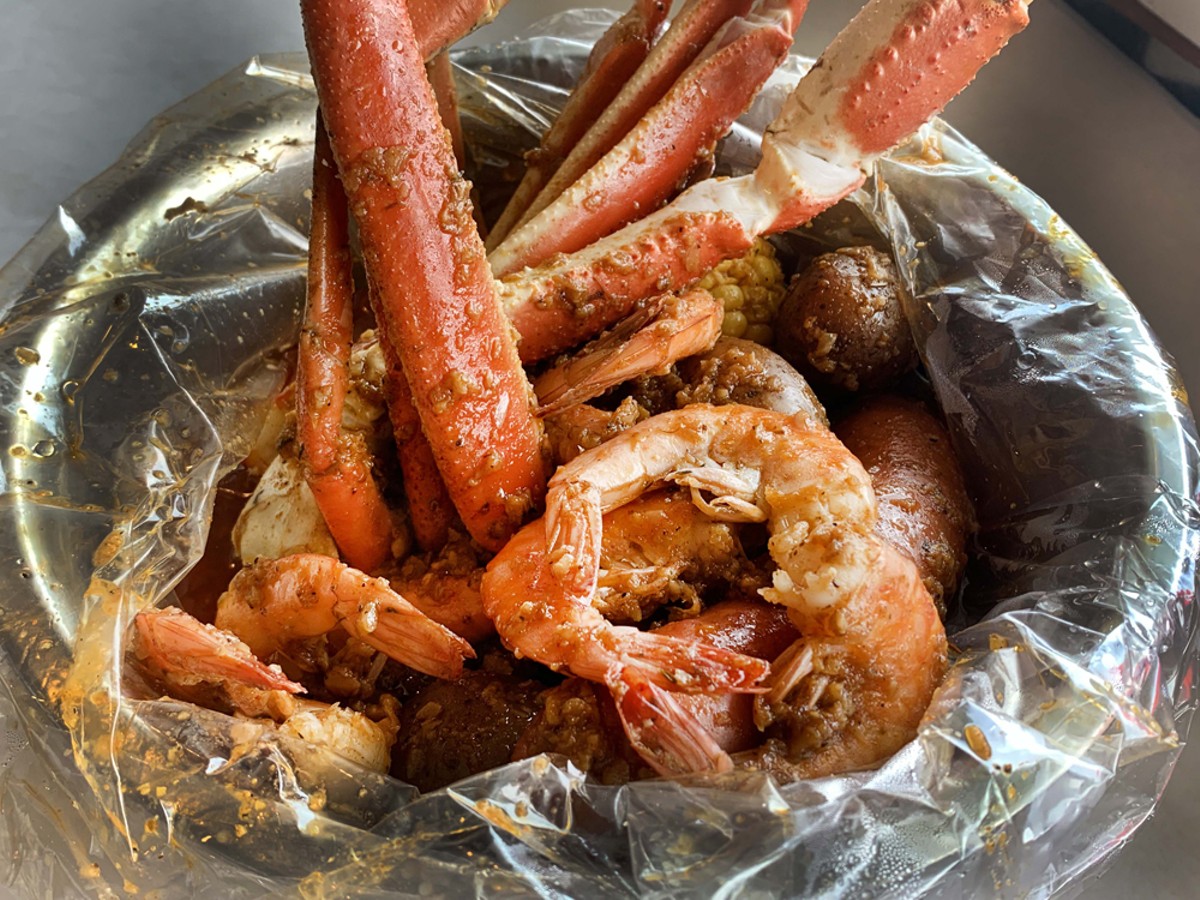 On the surface, Warren's Detroit Pho & Crab may seem like an odd concept — its kitchen sends out everything from Louisiana-style seafood boils to po' boys to pho to pungent liver paté with Vietnamese steak and eggs. It's the only restaurant in town trading in what it bills as "Viet-cajun" cuisine.

But the restaurant isn't just an interesting place to eat — it's also a bit of a case study in how geopolitics impacts food. New Orleans is best known for its boils, gumbos, etc., but it's also home to a huge Vietnamese population, and it's filled with excellent restaurants like Dong Phuong and Pho Bistreaux.

Tony Vu, owner of Flint's MaMang Vietnamese noodle bar, recently theorized about the migration of Vietnamese refugees and populations after the Vietnam War. While most landed in California, a sizable number went to Houston, which is home to a large military base and not far from the Gulf of Mexico. From there, it wasn't a far leap to New Orleans, which holds a similar climate and landscape to some of Vietnam's coastal areas. As the cost of living in California spiked, more and more Vietnamese people moved eastward, and the food cultures collided.

It makes sense, as New Orleans cuisine blends rather seamlessly with Vietnamese food. Indeed, some iterations of Pho & Crab's boils or the punchy lemongrass clams feel like they could be a dish native to New Orleans or Vung Tau. Pho & Crab co-owner Peter Le says he and his family opened the Dequindre Road restaurant in December 2017 because they saw an opportunity. Viet-cajun restaurants exist in California, where the Le family previously lived, but not in metro Detroit. Prior to opening Pho & Crab, the family ran a nail business but "got tired of doing nails." When they made pho at home and held parties with family and friends, they'd put crab legs and shrimp in their bowls.

At some point the light bulb went off, and that's a good thing for Detroit because there's not much better than cracking open some crab legs and peeling shrimp that have been soaking in pho broth. Pho & Crab's broth isn't the deepest out there, but it's still a treat. Ditto for the restaurant's awesome lobster-tail po' boy, which arrives on a crusty bun with lettuce, tomato, and a tangy honey-mustard dressing. Lobster tails clearly belong on po' boys, though I would like this even more if the tail wasn't deep-fried. I'd also love to see more crossover with Vietnamese patés or other meats. However, then you might as well call it a banh mi. 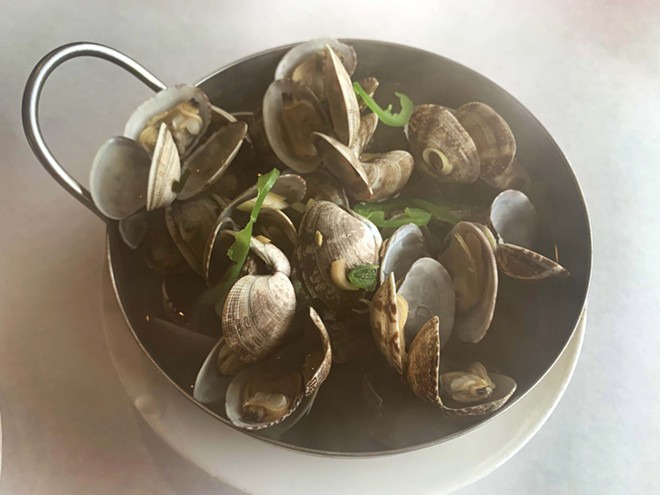 At any given moment, about half of Pho & Crab's diners are bibbed up with plastic gloves on their hands, holding scissors and crackers, digging through a giant, clear plastic bag full of seafood. The boil is solid and diners choose between a combo or a custom boil in which one selects the type of seafood, then picks the accompaniments — corn on the cob, sausages, redskin potatoes, and so on. Pho & Crab offers four spice levels. We picked "medium," and it was pretty tame — definitely would go for a notch or two hotter next time around. Finally, diners pick the "seasoning" — lemon-pepper butter, lemon-pepper garlic butter, cajun butter, or cajun garlic butter. We went for the cajun garlic butter, which is tasty but super garlicky.

Among the other seafood selections are the hot pot clams, which come in a sour, but excellent chicken broth flavored with lemongrass and lime leaves. The menu is full of Vietnamese classics that are heavy on the seafood, like mi xao duoi tom hum, or lobster tail with egg noodles, and bun dac biet, a vermicelli dish prepared with grilled pork, pork sausage, and shrimp.

We went for the Vietnamese steak and eggs, which come with thin slices of beef that arrive under sautéed onions and next to a fried egg and liver paté. The tasty paté is made with fresh chicken liver, garlic, black pepper, and butter, and it's fairly tame as far as patés go. Pho & Crab serves it with a crunchy French roll that can be used to make a sandwich or mop up the egg and paté.

You won't go thirsty at Pho & Crab, as its drink selection is huge and covers everything from Vietnamese teas and smoothies to Coronarita — a margarita served with a mini Corona that's served upside down in the margarita glass. Seems to be a popular drink, but you can let me know how it is.

It's also worth noting that Pho & Crab is popular, which partly owes to the dual-cuisine menu that appeals to different demographics. The restaurant, which holds the vibe of a chain seafood restaurant with netting and beer cans on the walls, gets busy on weekend nights, so plan accordingly.