Apparently, the bar is going to keep changing themes seasonally 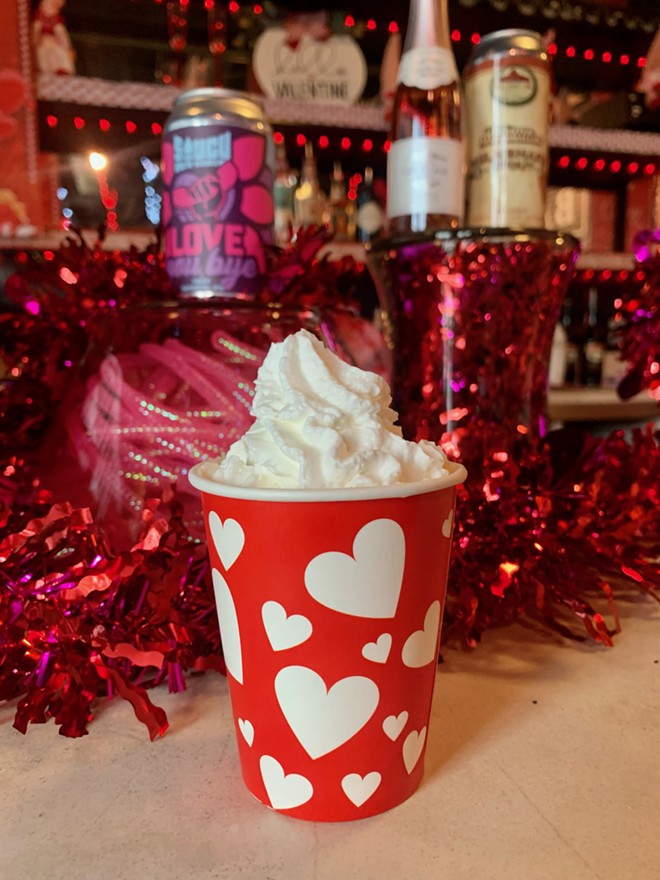 
Update: The grand opening has been moved to Jan. 26 due to a snowstorm.

Blitzen’s on Bagley, the Christmas holiday pop-up bar in Southwest Detroit, is no more. Now it’s Vixen’s on Bagley, a Valentine’s Day-themed bar with pink decorations.

The bar's official grand opening has been pushed back to Thurs, Jan. 26 due to inclement weather, but doors will be open on Jan. 25  "for all romantics who want to take a break from snow shoveling."

Vixen's will host special events like a galentine’s gathering, and singles’ night with speed dating.

“We want Vixen’s to be a place for Detroiters to celebrate love and the long winter nights,” owner Christine Driscoll said in a media release. “Whether you're flying solo or out with your partner, girlfriend, boyfriend, platonic person, or someone you met last night, we are inviting you to come on over to Vixen’s to enjoy. It is winter in Michigan and Detroiters deserve a place to get cozy and let loose.”

Hours are 4-10 p.m. Sunday-Thursday and until midnight Friday and Saturday. The pop-up will be open until the end of February.

A PR representative confirmed via email the plan is to keep changing the theme of the Bagley space seasonally. So come Halloween, we guess we’ll be seeing Morticia’s on Bagley with spooky drinks.

More information is available at vixensonbagley.com.

After living in Japan and traveling across Asia, Randiah Camille Green realized Detroit will always be home. And when she says Detroit, she's talking about the hood, not the suburbs. She has bylines in Planet Detroit News , Bridge Detroit , BLAC magazine, and Model D . Her favorite pastimes are meditating...
Read More about Randiah Camille Green
Scroll to read more Drink News articles