Blitzen’s on Bagley will feature seasonal drinks, plus food from Shell Shock’d Tacos and Goblin Sushi 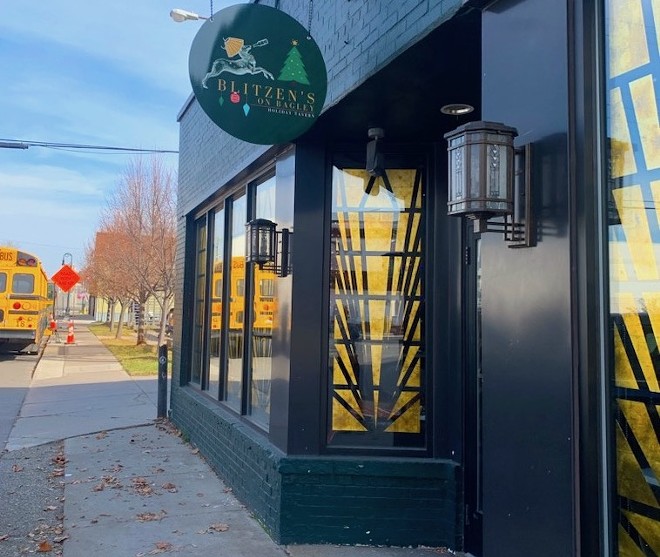 A new spot for seasonal libations is cropping up in Southwest Detroit.

The limited-time pop-up Blitzen’s on Bagley will operate out of former neighborhood bar Bagley Central, which shuttered in September.

InLaws Hospitality is behind the pop-up. They’re the same folks behind Green Dot Stables, Johnny Noodle King, Yellow Light Coffee and Donuts, and the Goblin.

Blitzen’s on Bagley will run from Nov. 10 through the first week of January. A press release describes it as a place to fill the “revelry” void for Detroiters this season.

“We want every Cindy Lou Who or Kris Kringle with a need to celebrate to feel welcome here,” InLaws owner Christine Driscoll said in a press release. “Detroiters deserve to cut loose this season in an environment complete with twinkling lights, Christmas cookies, and the best holiday music. We’ll be all that and more.”

Bagley Central “voluntarily elected not to renew the partnership agreement that brought [them] to the corner of Bagley and 17th,” co-owner Mike Ketelhut announced on the bar’s social media prior to shuttering on Sept. 24.

Hours for Blitzen’s on Bagley are 5 p.m.-12 a.m. Thursdays through Sundays and Wed, Nov. 23 for “Thanksgiving Eve.”