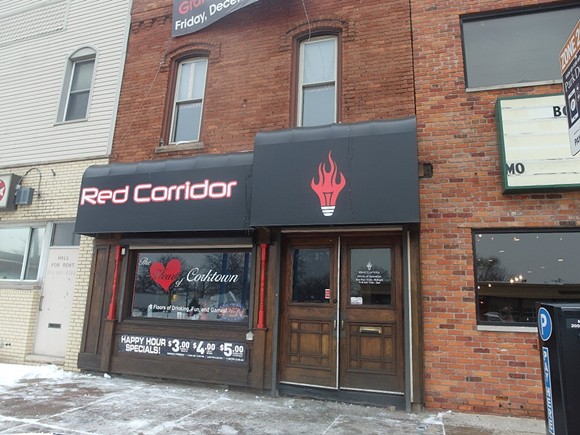 They included "Cali-style" street tacos and a new name - Hoffa's Hideout - to which many of you said, huh?

Well, the tacos and Hoffa concept has been bumped and Matt Buskard, owner of Bobcat Bonnie's who was to take over the space, has backed out of the venture.

In his place, his former business partner, Johnny Irwin, whose wife came up with the simple name Red Corridor (red as in fire engine - a nod to the bar's roots as a firefighters' and police spot - and corridor to speak to its narrow interior).

Irwin cleaned up the place, gave it a new coat of copper and black paint, brought chef Sam Habbo from Bonnie's to head the short-order kitchen, and transformed the second floor into "Corktown's only man cave" (complete with a pool table, air hockey, and arcade games). During the mini-makeover, Irwin tell us he discovered 36 bullet holes in the tin ceiling, which he ventures came from the many cops who filled barstools there. 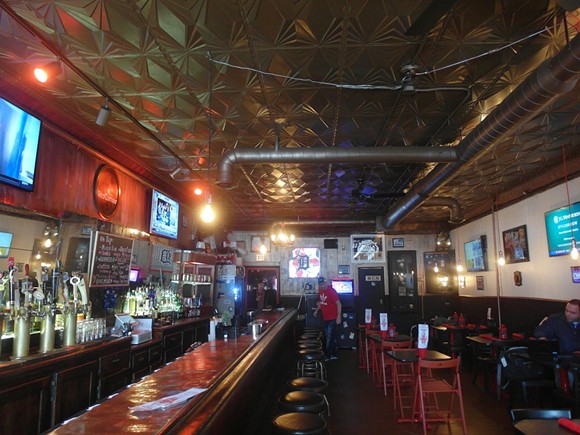 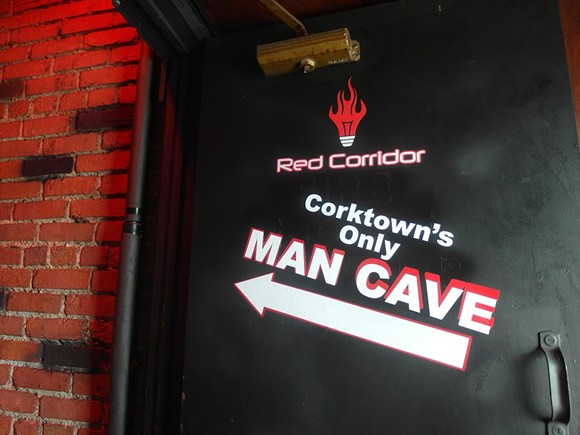 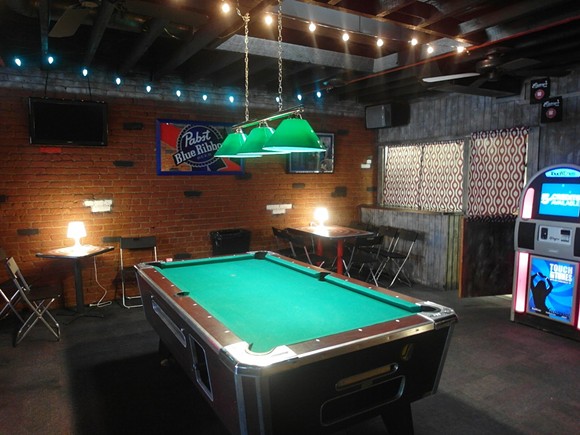 Photo by Serena Maria Daniels
Other than that, Irwin hasn't fussed much with coming up with a catchy concept, and is keeping the former Casey's a dive bar.

"I wanted to keep it simple," Irwin tells us.

On the menu, what you would expect in an old-school watering hole. Irwin saved the previous build-your-own 1/2 pound burger, "The Casey," but renamed it "The Eddie," after Eddie Power, the fireman who he says opened the original space. There's also fried chicken and wing dings made fresh in-house with a rotation of homemade dipping sauces (including one made with Fireball Whisky), and the "Sexy Irishman" - a corned beef sandwich with Swiss, kraut, pickles, and Thousand Island dressing.

Irwin has worked in the restaurant business for the past 12 years, first with a long stint at Red Lobster locations Down River. Once he paid off his mortgage, he tells us, he decided to try to break into the thriving dining scene in the city.

A little over a year later, Irwin's found a place of his own.

Now that he's settled on a name and vibe for his new bar, Irvin's hoping to reclaim the firefighter, police and blue collar crowd that made original Casey's popular with a number of specials. This month, members of any union will get 20 percent off food and drinks. All on-duty first responders who stop in, permanently get half off. For everyone else, the bar has three happy hours.

Red Corridor is at 1830 Michigan Ave.

See also: Casey's Pub in Corktown to be recast as a street food dive with 'killer' tacos