Asian-influenced Tigerlily to open at former Antihero in downtown Ferndale

The new plans include a restaurant, sushi bar, and tiki bar 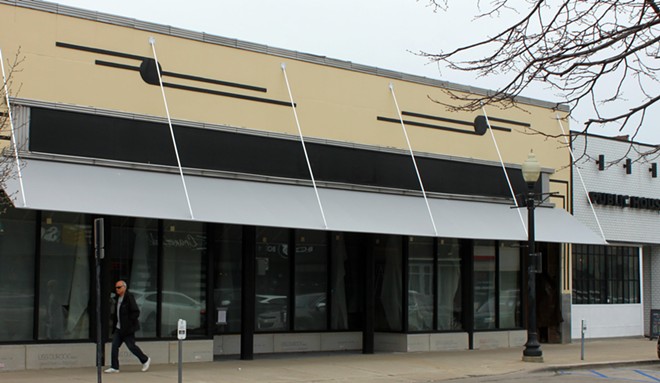 Hometown Restaurant Group
Tigerlily is scheduled to open in downtown Ferndale this summer.

A new Asian-inspired restaurant and sushi bar is opening on West Nine Mile in Ferndale, with an adjacent tiki bar.

Tigerlily is scheduled to open this summer at the site of Antihero, a former hotspot that served Asian-influenced cuisine and drinks until it closed in 2020 amid the pandemic.

Ferndale-based Hometown Restaurant Group, which purchased Antihero in 2021, is renovating the space at 231 W. Nine Mile to include a 4,000-square-foot dining area with a full sushi bar and a dining room with seating for 170.

Mai Tiki, a 900-square-foot, 44-seat tiki bar, will be accessible only through Tigerlily, and will feature fresh juices and craft cocktails.

Birmingham architects Ron & Roman are designing the more than $1 million in renovations, which include reducing the exterior facade to its original, historic frontage.

Tigerlily will be open seven days a week. On weekdays, the restaurant will open at 4 p.m.

The restaurant's name is a nod to the tiger lily, which once grew wild in Ferndale and is indigenous to areas of Asian.

“Considered a symbol of pride and positivity, Tigerlily is fitting both for Ferndale and its residents, as well a budding restaurant that plans to be a standout in Ferndale’s bouquet of restaurants,” Hometown Restaurant Group said in a news release.