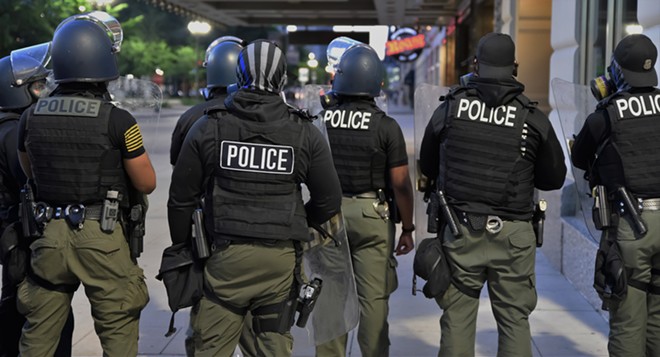 Shutterstock
The 95% decline in drug raids in the city is the result of a combination of factors, Detroit police officials said.

(The Center Square) – Drug raids in Detroit have fallen 95% since a peak in 2012, largely as a result of voters' decision to legalize recreational marijuana and shifting other police priorities.

The 95% decline in drug raids in the city is the result of a combination of factors, Detroit police officials said. One clear factor: Voters approved a 2018 ballot measure to legalize recreational use and possession of marijuana for those 21 and older and imposed a tax on marijuana sales. The measure passed with 56% of voters supporting it.

"Marijuana raids used to make up a large percentage of our drug enforcement activities," he said. "With the legalization of marijuana, there has been a significant drop in those types of raids."

But that's not the only factor. The decline in drug raids began well before voters passed Proposition 1 in 2018 and recreational sales began in December 2019.

The Center Square
The decline in drug raids in Detroit began well before voters passed Proposition 1 in 2018 and recreational sales began in December 2019.

"The very nature of drug sales has changed a great deal in recent years," he said. "The neighborhood drug house is much less of an issue than it used to be. Dealers, to a much larger extent, are no longer selling from fixed locations, such as a vacant house. Instead, they are setting up individual meetings at various locations with their customers. That makes them harder to track, but it also creates less of a neighborhood nuisance if there is not a stream of activity at one location."

Fitzgerald said the department is focused on what residents are concerned about in their neighborhoods.

"Today, the complaints we are getting the most are things like neighborhood speeding and drifting, or large crowd control during the summer, as opposed to drug locations, so we have adapted our enforcement efforts to reflect citizen complaints," he said.

Crime remains a problem in Detroit. Almost three in 10 city residents said they had been the victim of a crime in the past year, according to a 2021 Detroit Metro Area Communities Study from the University of Michigan. Detroit had the fifth most violent crimes in America per capita in 2021, according to data from the Federal Bureau of Investigation. In 2021, there were 11,908 violent-crime incidents and 14,677 offenses reported by the Detroit Police Department, a relatively flat statistic compared with the prior year.

"Overall, the analysis shows violent and property crime remained consistent between 2020 and 2021. While the aggregate estimated violent crime volume decreased 1% for the nation from 1,326,600 in 2020 to 1,313,200 in 2021, the estimated number of murders increased from 22,000 in 2020 to 22,900 in 2021. The increase of murders constitutes a 4.3% increase. The robbery rate decreased 8.9% from 2020 to 2021, which heavily contributed to the decrease in overall violent crime despite increases in murder and rape rates at the national level. It is important to note that these estimated trends are not considered statistically significant by NIBRS estimation methods. The nonsignificant nature of the observed trends is why, despite these described changes, the overall message is that crime remained consistent."

The city projects it will spend $366.8 million on police in 2023, more than double any other city agency.

Originally published by The Center Square. It is republished with permission.