US Attorney: Michigan is the nation's most corrupt state 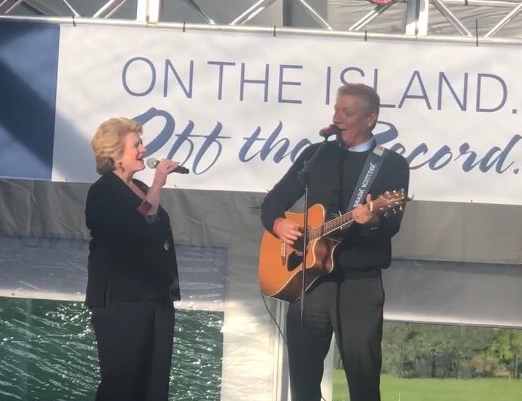 The level of corruption in Michigan is staggering. It's Democrats, it's Republicans, its the entire political establishment, which is mostly a cesspool of morally bankrupt dirtbags working on behalf of corporations and the wealthy instead of the middle and lower class.

That much is evident to anyone paying attention, and things are so bad that in 2012 the FBI organized the Detroit Area Public Corruption Task Force — which is made up of local, state, and federal law officials — to tackle the issue. The task force is still operating, and in some cases local authorities aren't informed of the feds' activities because they can't be trusted.

Last month, Metro Times reported that more than 40 southeast Michigan officials are under federal investigation. And last week, U.S. Attorney Matthew Schneider underscored the extent of the problem in an interview with WDIV's Devin Scillian at the Mackinac Policy Conference.

"Our statistics show we lead the nation in corruption cases, by far," Schneider told Scillian.

Every state has about one corruption case each year, Schneider said, while larger districts like New York City, Los Angeles, and Miami, usually see around four. In Michigan there were about 18 per year for the last five years.

"We definitely have a more significant corruption issue here in the Michigan region," Schneider said. "But we are rooting it out a lot more than other people. We have a long-term campaign here to root out public corruption."

Of course, the media has a role in all this. The Michigan press generally isn't known for challenging the power structure, which is well-represented and celebrated at the annual Mackinac Policy Conference. And the state's media elite that joins lobbyists, politicians, corporate executives, and other powerful state players at Mackinac isn't there to ask tough questions or challenge anyone — it goes to join in the celebration.

In fact, Scillian also spent part of his time at the conference on stage, singing and dancing with Debbie Stabenow, the U.S. Senator who has repeatedly put lobbyist and corporate interests over that of most constituents. Scillian even strummed the guitar in front of a banner that read "On the island. Off the record."

It's access journalism at its grossest, and video of the song should be shown to journalism students as an example of what not to do. Can anyone have any confidence that Scillian will question or challenge Stabenow, as he should if he's serious about his job?

Until the state's anchors and reporters replace their lapdog instincts with a drive to to take down those working on behalf of the powerful, Michigan will remain the nation's most corrupt state.