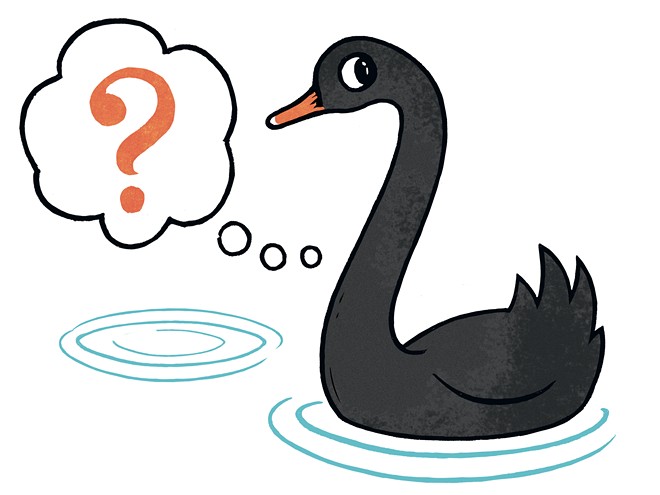 Joe Newton
Am I really a cuckquean if I feel this conflicted?

I'm a 33-year-old straight female, been with my husband for ten years, married for six. When we first started dating, I was an extremely jealous person. Fortunately, I got it under control with lots of therapy. But once I did, I started having fantasies about him hooking up with other people. We incorporated these fantasies in the bedroom — as a fantasy — and it was insanely hot. Anyways, I had a baby a year ago. It took some time for my libido to come back, but she is back with a vengeance. I'm horny all the time. I'm so horny that when my husband mentioned that an old friend of his who lives in another city was getting flirty, I immediately encouraged him to see if anything might come of it. With my blessing, he shared with her that I might be a cuckquean. (Sticking with "might" for now, as we've never actually done this). She was interested, and the flirting escalated. Now she's coming to town for work. Having never actually done anything like this, I started to feel unsexy jealousy creeping back in. We decided that he wouldn't do anything with her, just grab a quick drink. But she asked to have dinner with both of us instead. That changed the math and I agreed to dinner. But I find myself vacillating between titillation and anxiety. Am I there to watch or participate? (I'm bi, so it's not out of the question.) They've already got a rapport going and I'm insecure about feeling left out. I'm writing because I don't know how to process this cognitive dissonance. One minute I'm so excited about realizing this fantasy that I'm sneaking away to get myself off just thinking about it. The next minute I'm worrying about what will happen if I see him giving her more attention than he gives me. I don't know how to make sense of what I'm feeling. Am I really a cuckquean if I feel this conflicted?

When I shared your letter with Venus, the host of the Venus Cuckoldress Podcast, she responded with three words and one exclamation point: "The elusive cuckquean!"

Cuckolding is a loving, consensual, "one-sided open relationship," as Venus likes to describe it, and most self-identified cuckolds are men. It's rare to encounter a cuckquean in the wild—that is, a woman who gets off on her husband or boyfriend sleeping with other women. I've received hundreds of letters over the years from men who wanted to be cuckolds (some gay, most straight or bi), but only a handful of letters from women like you, CCC. You are a rare flower, a black swan, a precious gem.

And what you describe — that feeling of arousal and dread, titillation and anxiety — is so common among wannabe and even practicing cucks that Venus gave it a name (and a whole segment of her podcast): cuck angst.

While cuck angst can be confusing, CCC, it's not disqualifying. If your angst is manageable and the rewards are worth the effort — and if your partner can help you manage it in an affirming way — you can get to a place where you want to realize your fantasies. But like, say, bungee jumping, CCC, it's still gonna be scary.

"One minute it can feel great and the next minute it can feel terrifying," said Venus. "But your partner plays a big role in providing reassurance and support for you during all of this. I know of a wife who wrote a thoughtful letter to her cuckold husband in advance of her first encounter with another man. It was for him to read if his cuck angst became overwhelming, and it turned out to be exactly what he needed at that moment. He was able to work through the anxiety and make room for the excitement and thrill of thinking about his wife with another man."

The partner of a cuck has to strike a tricky balance. You're going to need your husband to acknowledge your insecurities and offer reassurances to minimize them, CCC, but you don't want those insecurities to disappear. For most cucks, eroticized insecurities are at the heart of the cuckolding/cuckqueaning kink — no insecurities, no thrills. And while this can sound like a lot of effort to someone who doesn't share this kink (or have a kink that requires emotional prep and aftercare), the rewards — the experiences you'll share, the connections you'll make, the orgasms you'll have — can be great.

"But be prepared for some ups and downs," warned Venus, "because cuckolding is truly an emotional rollercoaster."

And please — please, please, please — don't rush into your first cuckquean experience just because this particular woman happens to be in town this particular weekend. "Taking things slow is the key to success," said Venus. "There's always room to move forward with flirty teasing but having to take steps backwards due to jumping into things too quickly is never easy."

If you think staying with your current girlfriend and not acting on these fantasies and never getting to fully explore these fantasies will cause you to resent your girlfriend, and your resentment will become a cancer that eventually kills your relationship — if that's your best guess — then you should end things with your girlfriend now. But if you wouldn't be able to enjoy the experience of being pegged by a roomful of hot women because you're filled with regret about dumping your girlfriend for something so "trivial" as a few easier-to-fantasize-about-than-realize sexual fantasies — if that's your best guess — then make up your mind never to act on these fantasies. (I put "trivial" in quotes because I don't think there's anything trivial about sexual fantasies.)