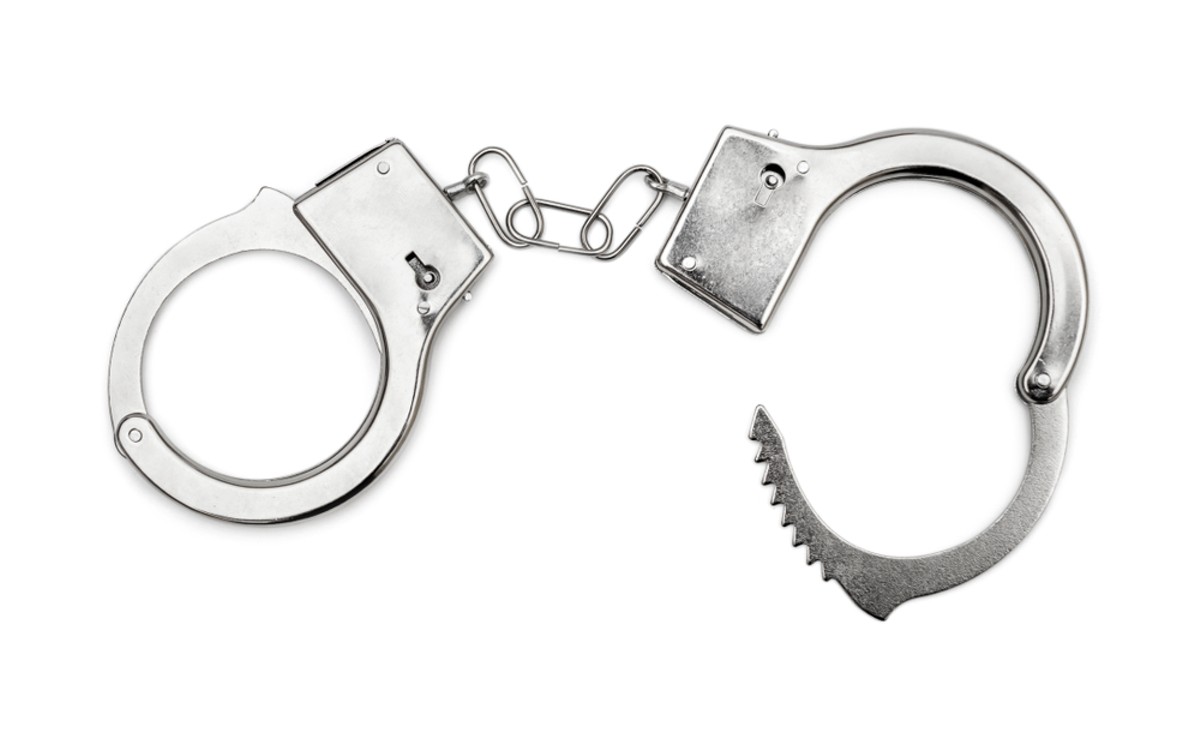 My son has always liked handcuffs and tying people up as a form of play. He is 12 now, and the delight he finds in cuffing has not faded along with his love of Legos. He lobbied hard to be allowed to buy a hefty pair of handcuffs. We cautioned him strongly about consent — he has a younger brother — and he has been good about it. In the last year, though, I found out that he is cuffing himself while alone in the house — and when discovered, he becomes embarrassed and insists it's a joke. I found him asleep one night with his wrists cuffed. I removed the cuffs and spoke to him the next morning about safety. Then recently, when returning home late, I saw him (through his window, from the back of the house) naked and cuffed with a leather belt around his waist, which seemed attached to the cuffs. This escalation was scarier. I haven't spoken to him about it. My concern about the bondage stuff is that there are some risks (like escaping a fire), particularly if he gets more adventurous (restricting breathing, etc.). This is something he is doing secretly and alone. He is a smart kid, an athlete, and a fairly conscientious scholar. He has friends but sometimes feels lonely. He is going through puberty with its attendant madness — defiance, surliness, etc. — but he is also very loving and kind. He is also quite boastful, which I interpret as insecurity. I can't help feeling that this bondage stuff is related to these issues, and I worry about self-esteem and self-loathing. We are considering getting him some help. Any advice for us?

When a concerned parent reaches out to an advice columnist with a question like yours, CUFFS, the columnist is supposed to call in the child psychologists. But I thought it might be more interesting — I actually thought it might be more helpful — if I shared your letter with a different class of experts: adult men who were tying themselves up when they were 12 years old.

Jimmy is correct: Many adults who are into bondage, heavy or otherwise, became aware of their bondage kinks at a very early age.

As for your son's insecurities and loneliness, CUFFS, they may not be related to his interest in bondage at all. They're more likely a reaction to the shame he feels about his kinks than to the kinks themselves. (And aren't most 12-year-olds, handcuff obsession or no, insecure?)

"People do bondage for various reasons," says Trikoot, a self-described "bondage fanatic" and occasional kink educator from Helsinki, Finland. "It's not always sexual, and it's almost never a symptom of self-loathing — and a counselor will not 'erase' a taste for bondage. Too many kinksters had young lives full of shame and hiding, only to accept themselves years later and then discover what they've missed out on."

All that said, however awkward it was for you and mortifying for him when you found him asleep in his handcuffs, Woelfel thinks there may be an upside.

"I was extremely embarrassed when my mom caught me," says Woelfel. "She didn't know how to respond and neither did I at the time. We merely went on as if it never happened. But it was somewhat comforting to know there wasn't going to be a major backlash. It was better than living in fear."

Now that you know what you know about your son, CUFFS, what do you do? Well, with the burden of knowing comes the responsibility — not just to educate and warn, but to offer your son a little hope for his future.

"Consent and safety are two of the most important universal issues in bondage, and CUFFS has wisely addressed both of them," says Trikoot. And you should stress both in a follow-up conversation. "There are boundaries that should never be crossed, such as solo breath play, which regularly kills even experienced adults. But dabbling with wrist and ankle restraints while being within shouting distance of the rest of the family is not a serious safety issue." (Sleeping in handcuffs, however, is a serious safety issue — they can twist, compress nerves, and damage the delicate bones of the wrist. He should not be sleeping in them.)

Now for the tricky and super awkward and what will definitely feel somewhat age-inappropriate part: At some point — maybe in a year or two — you need to let your son know that he has a community out there.

"When done safely, bondage/kink can be an extremely rewarding experience as he grows into adulthood," says Jimmy. "Some of the most important people in my life are those whom I've shared this love with. It is nothing to be ashamed of — though at his age, it is unfortunately inevitable. How you react can help mitigate such a reaction."

Oh, and stop peeping in your son's bedroom window at night. That's creepy.

My 12-year-old son wants us to buy him a vibrator. Apparently he had a good experience with a hot tub jet and is looking to replicate that "good" feeling. He has tried replicating it, but is feeling very frustrated. (I always wanted an open and honest relationship with my kids so, um, yay for us?) Additional information: My son is on an SSRI. My husband feels uncomfortable buying my son a sex toy, but I find myself sympathizing with my son's frustration. But I would be more comfortable if he were 15. We are hoping to figure it out without devices. Are we being reasonable or squeamish?

When this issue has come up in the past — usually it's about a daughter who wants a vibrator — my readers have endorsed getting the kid an Amazon gift card and getting out of the way, i.e., letting them get online and buy themselves something and not scrutinizing the purchase once it arrives. You could go that route, EMM. Or you could make an end run around this whole issue by installing a pulsating shower head in your bathroom or getting your son an electric toothbrush. (Also, antidepressants — SSRIs — can make it more difficult for a person to climax, so you may not be able to "figure it out without devices.")