Savage Love: ‘I saw one of my employees at a JO party’ 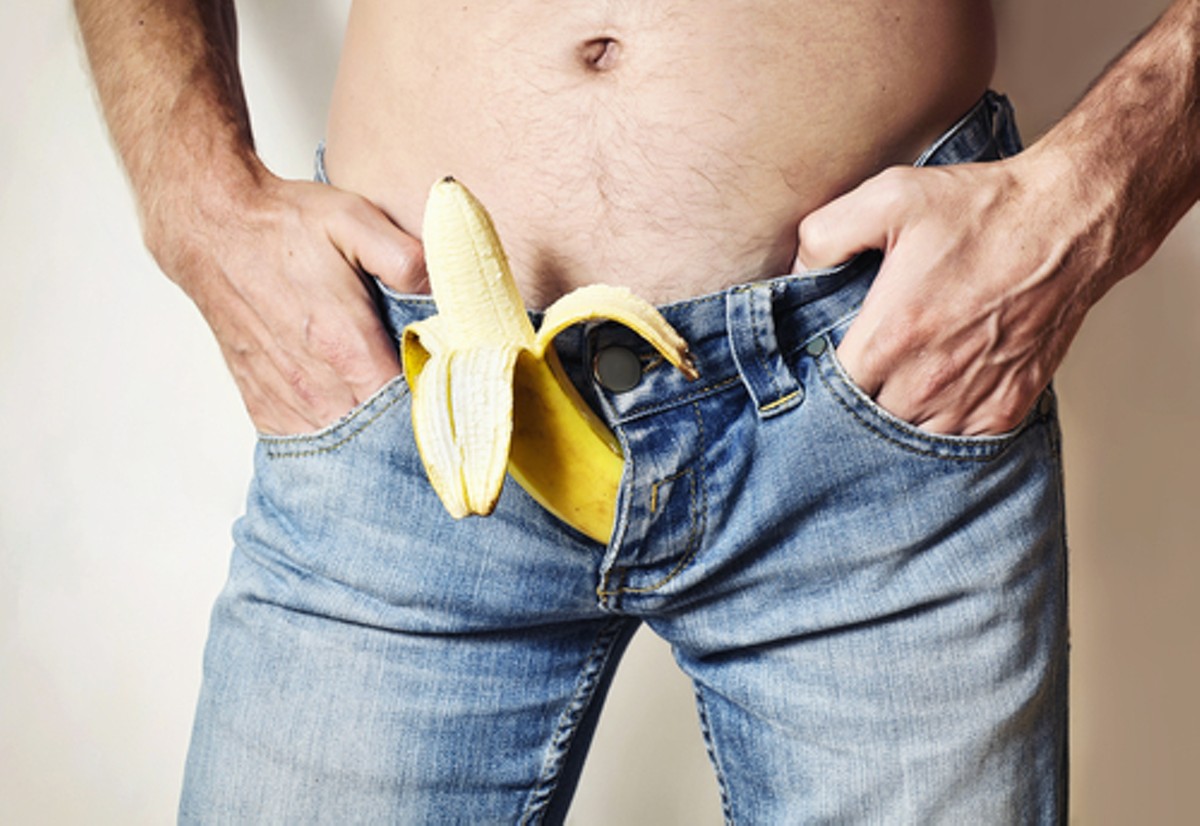 I have a secret: For the past three months, I've been attending a local Jacks club (a men-only masturbation event). As someone recovering from sexual abuse, I find the party to be safe, therapeutic, and just sexy fun. I feel like I need this! Unfortunately, I spotted one of my employees at last week's event. Although I'm openly gay at my workplace, being naked, erect, and sexual in the same room as my employee felt wrong. I freaked out, packed up, and departed without him seeing me (I hope). I'm his manager at work, and I feel that being sexual around him could damage our professional relationship. It could even have dangerous HR consequences. I realize he has every right to attend Jacks, as much right as me, but I wish he weren't there. I want to continue attending Jacks, but what if he's there again? Frankly, I'm terrified to discuss the topic with him. Help!

"I hate to say it, but now that JACKS knows his employee attends these events, he really has to stop going," says Alison Green, the management consultant behind the popular Ask a Manager advice column (askamanager.org) and the author of Ask a Manager: How to Navigate Clueless Colleagues, Lunch-Stealing Bosses, and the Rest of Your Life at Work.

And why do you have to stop going to your beloved JO club?

"In an employment relationship where he's in a position of power," says Green, "JACKS has a responsibility to avoid any remotely sexual situation with an employee."

Green also strongly advises against pulling your employee aside and working out some sort of shared custody agreement — you get Jacks to yourself every other week — because initiating a conversation with a subordinate about when and where he likes to jack off would be a bad idea. She also doesn't think you can just keep going in the hopes that your employee won't be back.

"If he continues to attend and it got back to anyone at their workplace, it would be really damaging to his reputation — not the fact that he was at the event to begin with, but the fact that he continued to attend knowing an employee was also participating," says Green. "It would call his professional judgment into question, and it's highly likely that HR would freak out about the potential legal liability that arises when you have a manager and a subordinate in a sexual context together."

OK, wait a minute. If it gets around the office that JACKS attended a JO party, that would mean the employee was gossiping about it at work. Why would a manager get in trouble for that and not the gossipy asshole he was supervising? Why would JACKS’s “professional judgment” be called into question and not the judgment of the employee who spread the news around the office?

“Gossiping about it definitely wouldn’t make the employee look great,” says Green. “The employee would look like a jerk for gossiping about something that the boss has the right to expect privacy around. But the boss is held to a higher standard: It’s part of his job to understand the boundaries he needs to have with the people he manages, to navigate the power differential appropriately, and to not create potential liability (legal or otherwise) for the company. So for the employee, it’s going to reflect badly on him personally (he’s a gossip) — but for the boss, it’s going to reflect badly on him as a manager.”

It seems crazy unfair to me that you should have to stop going to parties you not only enjoy, JACKS, but that have aided in your recovery. And Green agrees — it isn't fair — but with great power (management) comes great responsibility (avoiding places where your employees are known to jack off).

"It's never going to feel fair to have to drop out of a private, out-of-work activity just because of your job," says Green. "I'm hoping it's possible for JACKS to find a different club in a neighboring town. Or he could start his own club and offer a safe haven for other managers hiding out from potential run-ins with employees — Jacks for Middle Managers or something!"

While I had Green's attention, I asked her about other sorts of gay social events that might toss a manager and an employee into a sexual context — think of the thousands of men who attended the Folsom Street Fair in San Francisco last month. Gay men (and others) walk around in various states of undress or dress up, and a lot of flirting, groping, and more goes down. Should gay men in management have to skip events like Folsom lest they run into men they supervise?

"Public events are different from private clubs," says Green. "A private club is more intimate, and a public event is, well, public. And it's not reasonable or practical to expect managers to entirely curtail their social lives or never attend a public event. But a private club that's organized specifically and primarily for sexual activity is in a different category."

However, gay managers who run into employees at events like Folsom or circuit parties shouldn't ogle, hit on, or photograph their employees.

"If someone who reports to you is in a sexual situation," says Green, "you should keep moving and give them as much space as you reasonably can."

I'm going to give myself the last word here: You've been attending that JO club for months and saw your employee there only once, JACKS, so I think you can risk going back at least one more time. I would hate to see you deprived of release (and see your recovery set back!) if your employee was there only that one time.

My husband and I are visiting Italy right now. We decided to try out the local hospitality and have had two bad hookups. Both of us knew early on in the encounters that we weren't enjoying it, but we didn't know how to extricate ourselves. What is the proper way to end a failed hookup with minimum insult/hurt to the third person?

1. The unvarnished truth: "We're sorry, but we aren't really feeling it."

2. The little white lie: "Oh, my goodness. I think the clams we ate earlier were off. I'm so sorry, we're going to have to call it a night."

My wife recently came out as bisexual after spending time with a woman who awakened her feelings. I suspected for a long time that my wife was probably bisexual, so I had no issues telling her to explore this side of her sexuality. My only caveat for opening our marriage was that I wasn't comfortable with her entering into a relationship with another man. This pissed my wife off, she told me I was being irrational, we fought about it, blah blah blah. Fast-forward a few weeks. My wife swiped right on a guy on Tinder and then checked in with me to see if the boundaries had shifted. I have a hotwife-type fetish, so I gave her the okay to swap sexy texts and we agreed on a possible threesome. It didn't pan out, my wife was bummed, we moved on. She has started chatting up other guys on Tinder. Nothing has happened yet between them, but I feel like I'm being pulled ahead of where I'm comfortable in exploring an open marriage. I'm not opposed to simple hookups, but a separate relationship with a man? The intimacy and affection parts bug me. How do you acclimate to this kind of adjustment? Or do I throw the brakes on and reverse?

So you gave your wife permission to explore her bisexuality — with other women — and she jumped on Tinder and started swiping right on men? Even though you'd told her that wasn't something you were comfortable with? And it now appears that your wife doesn't just want to have sexual experiences with women and men (but mostly with men), but relationships with other women and men (but mostly with men)? And she only checks in with you about your boundaries to see if they've crumbled yet?

This isn't how someone opens up a marriage, PFFT, unless that someone isn't interested in staying married. So you're going to need to hit the brakes and get some clarity from your wife. You're willing to open your marriage up to allow for outside sexual experiences, preferably ones you get to take part in (hot-wifing scenes, threesomes), but you're not interested in polyamory — that is, you don't want your wife to have a boyfriend. If a boyfriend is what she wants, and she's unwilling to compromise and can't negotiate with you in good faith, you don't want to be her husband.