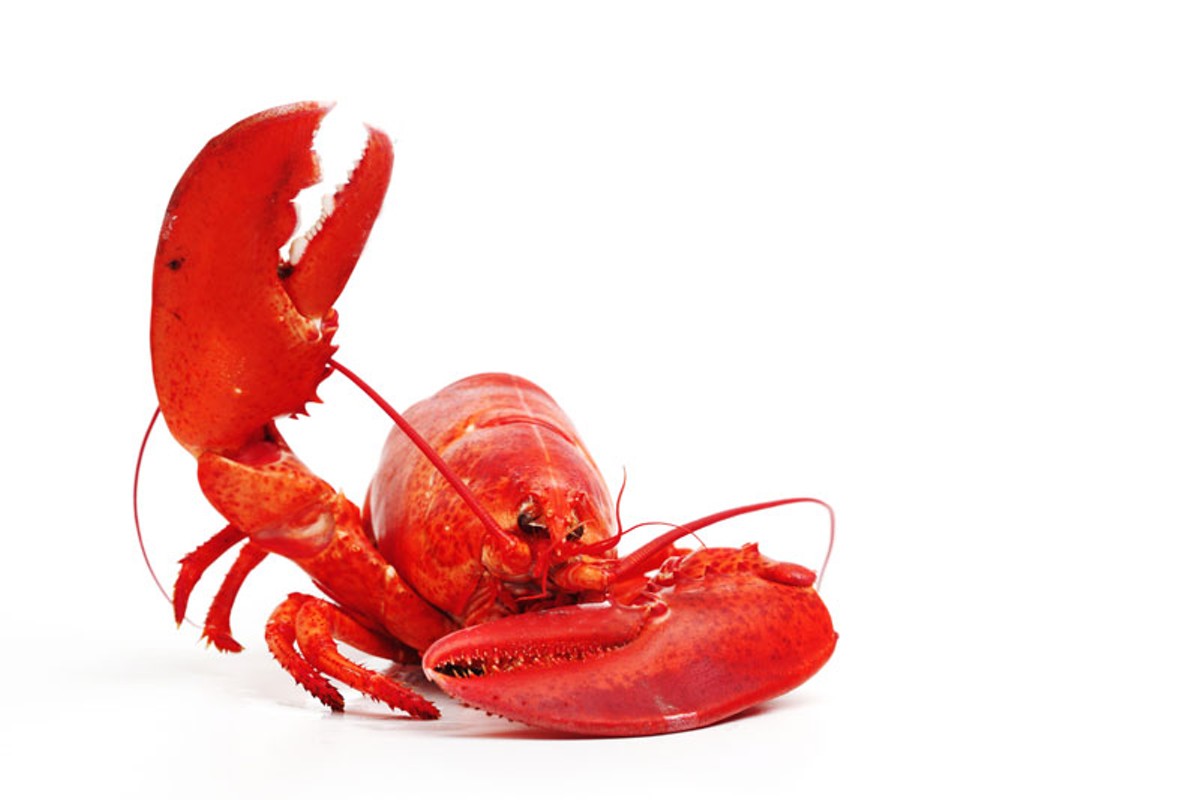 Two weeks ago, a longtime reader challenged me to create a new sexual neologism. (Quickly for the pedants: You're right! It is redundant to describe a neologism as "new," since neologisms are by definition new: "ne·ol·o·gism noun a newly coined word or expression." You got me!)

What follows are the best reader-suggested definitions for "with extra lobster," with occasional commentary from yours truly...

"With extra lobster" sounds to me like going down on someone — regardless of sex — when it's a little more odoriferous than you would like because they haven't bathed in a while. For example: "Things were getting hot and heavy with my Tinder date last night, and then I started to go down and was surprised with extra lobster."

The area surrounding the vagina already has a name: the vulva. While most people are familiar with the labia majora and minora parts of the vulva, aka "the lips," fewer know the name for the area between the labia minora. The spot where the opening to the vaginal canal can be found — also part of the vulva — is called the "vaginal vestibule." According to my thesaurus, lobby is a synonym for vestibule. So this proposed definition of "with extra lobster" is pretty apt. Now, some will quibble with the lobby-ish implication that a vagina is a space that needs to be entered. One can have a good time — great sex with lots of extra lobster — without anyone being penetrated, i.e., without anyone entering the lobby.

"Extra lobster should be the name for those cock-extender things. Example: "My husband has a small penis. And you know what? The sex is great! He gives great head, and isn't afraid to strap-on some extra lobster now and then."

As a vegan, Dan, I strongly object to "with extra lobster." It reinforces the speciest notion that it is permissible to consume lobsters, sentient life forms that feel pain, and associating a sex act with the violence of meat consumption further desensitizes us to acts of sexual violence.

When you see a gorgeous ultra-feminine creature far more gorgeously feminine than my straight CIS ass will ever be. But under all the silks and stockings and satin panties... there's a wonderful and welcome surprise! That girl comes WITH EXTRA LOBSTER!

I've learned about fursuits from you, Dan, and so many other crazy things — like the guy who wanted to be sexually ravished and then torn apart and eaten by zombies. With that in mind, I think "with extra lobster" shouldn't refer to a sex act. It should be ENTIRELY literal: an act of bestiality performed not with one lobster, but with two or more lobsters. (The zombie guy was what hooked me on "Savage Love." I'm too shallow for the actual problems and stuff. More freaks please!)

Too literal and too improbable — and euphemisms that describe things that have never happened or only happen very, very rarely are unlikely to enter the lexicon.

"With extra lobster" should refer to any intimate pleasure where your expectations are greatly exceeded! I'm a gay man in my 60s, and my husband and I have been together for a decade. I also have a friend with benefits. One night we were camping and I blurted out, "I would like to cuddle with you." What happened next was 12 courses — at least — with extra lobster! We've managed to rekindle this energy every couple of years over the past 25!

I believe your example of "with extra lobster" regarding an extra WOW factor during something sexual is perfect and doesn't need extra explanation. As the saying goes, Dan, you pegged it!

I agree with the last two letter writers: "with extra lobster" shouldn't refer to any specific sex act — and it should never involve actual lobsters and/or mental images of the current president of the United States — but should, instead, be a general term meaning "expectations exceeded." When someone really comes through for you, when they knock your socks off, when they make you see stars — when they really WOW you — then you got boned or blown or fucked or flogged or torn apart and eaten by zombies with extra lobster!

And with that sorted and settled, a bonus neologism to close the column...

This isn't a definition for "with extra lobster," but I wanted to share it. I live in Uganda and many of the streets are lined with stalls that sell BBQ chicken. If you know to ask for the special chicken, they'll often sell you weed. Special Chicken has become my favorite euphemism for weed!