Obama to visit Detroit in hopes of propelling 'Blue Wave' 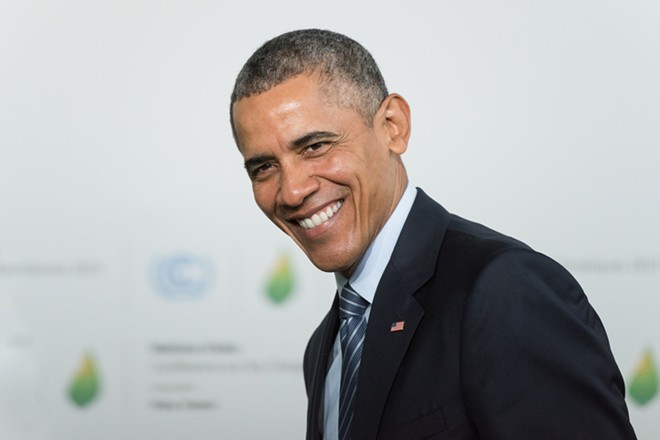 Shutterstock
Casper, the friendly ghost sent to trick you into believing everything will be OK.

Election season and Halloween grow to be a more and more appropriate pairing in Michigan with each passing day. That's because in addition to playing home to the horror show that is the prospect of Bill Schuette as governor, our fine swing state is also fertile ground for visits from the ghosts of Democrats' past.

First, Hil and Bill Clinton announced they'd be coming (not to support any candidates specifically, but rather to line their own pockets). Then Bernie Sanders (though, not a ghost and still a very relevant Democrat) said he'd stop by to rally for Democrat gubernatorial candidate Gretchen Whitmer. Now, the big O — yes, Barack O'-mother fucking-Bama — is said to be packing his bags for Michigan.

The Detroit News reports the former president whose middle-of-the-road politics helped give rise to Donald Trump will campaign with "multiple Democratic candidates and officials" in Detroit on Friday. Further details were expected to be available later today.