“We feel like this is one of the sleepiest sites in metro Detroit, and we are going to wake it up,” the 31-year-old developer says 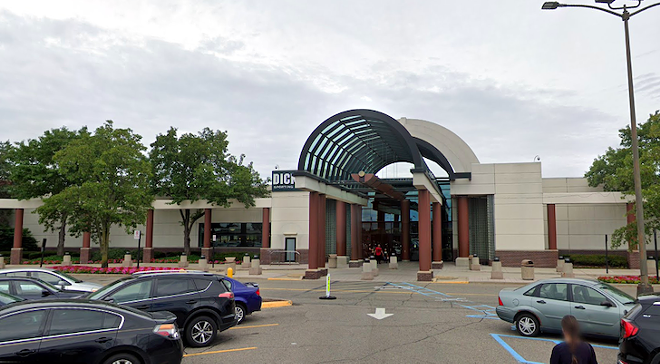 Depending on who you ask, some might say malls are a thing of the past — an ancient shell to remind us of days that are long gone thanks to the development of online shopping.

Oakland Mall's new owner is hoping to change all of that.

At a news conference, Mario Kiezi, a 31-year-old real estate investor and the Troy mall's new owner, said he wants to give new life and create an "anti-mall," according to the Detroit Free Press.

“We feel like this is one of the sleepiest sites in metro Detroit, and we are going to wake it up. This mall has so much potential," Kiezi said, according to Freep. "We are what I call the anti-mall. And we have the right people in place here today to set forth the future. I will say we are closer to 2040 than we are to 2000, and that is what we’re going to create here.”

While typically developers work with carefully selected teams to bring in new vendors, Kiezi took to his TikTok account to call on metro Detroiters to give ideas to fill many of the mall's vacant spaces.

In one video, Kiezi is seen strolling through the mall showing empty restaurants and storefronts, many that shuttered during the pandemic, and suggesting what he would like to remove, renovate, and resurrect.

"I want to get rid of this nasty pretzel stand and I want to put a food truck right here —just an idea," Kiezi says in the video that has garnered nearly 300,000 views.

The real estate investor also went live on the video-sharing platform Tuesday morning to answer questions, react to some commenters' suggestions, and even listen to voicemails from potential vendors.

First tour of Oakland Mall in Troy , Michigan since our acquisition. Let’s goooooo. Come see us at 1:30pm , I got gift cards on deck. First come first serve.

Born and raised on Detroit's Westside, Alex Washington is about as Detroit as they come. She judges your coney island order and serves a mean side-eye when anything across Eight Mile is called "Detroit." Her writing has been published in Real Detroit Weekly, The Detroit Free Press, Model D, BLAC magazine, and...
Read More about Alex Washington
Scroll to read more Metro Detroit News articles