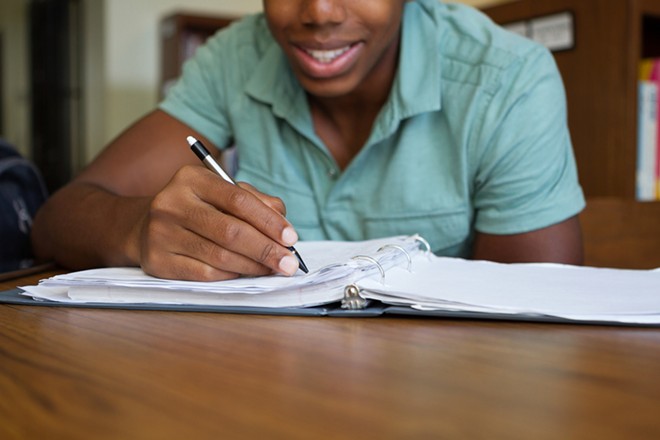 via Shutterstock
LANSING, Mich. - From cradle to career, a new report finds, children of color in Michigan face some tough barriers to educational success.

The report from the Michigan League for Public Policy revealed that more than eight in 10 African-American students and two-thirds of Latino students aren't reading proficiently by the end of third grade.

The league's chief executive, Gilda Jacobs, said African-American kids already are about twice as likely to be retained in a grade as their white peers. She predicted that the stakes will be even higher when Michigan's "Read by Grade Three" law goes into effect in 2020.

"It's something that we really need to address," she said, "because we are going to see a whole generation of kids that are going to be retained who aren't reading - and in particular, students of color are going to be falling even further behind."

The report noted that children living in households that struggle financially are almost twice as likely to not meet third-grade reading proficiency goals. When kids fall behind in literacy, Jacobs said, it sets the stage for less school success and can even affect future job stability.

The research also examined the lack of teacher diversity in Michigan. While children of color account for 30 percent of students in the state, Jacobs said, more than 90 percent of teachers are white.

"There is evidence that kids do better, kids of color do when their teacher is somebody that looks like them," she said, "yet we really don't have that in our state."

Jacobs said solving the reading gap isn't as simple as improving reading skills. She said policies are needed to address economic disparities and ensure kids and families have in areas such as employment, housing and access to healthy food.

"How do we address some of the economic disparities that are there? How do we address high-poverty neighborhoods? And by addressing those issues," she said, "we're going to see that ripple effect, in terms of how much better kids are going to be able to do in school."

The report also recommended policy leaders expand access to high-quality programs, increase supports for early literacy and focus on better resources for K-through-12 public schools to support the educational needs of children of color and in low-income families.

The report is online at mlpp.org.