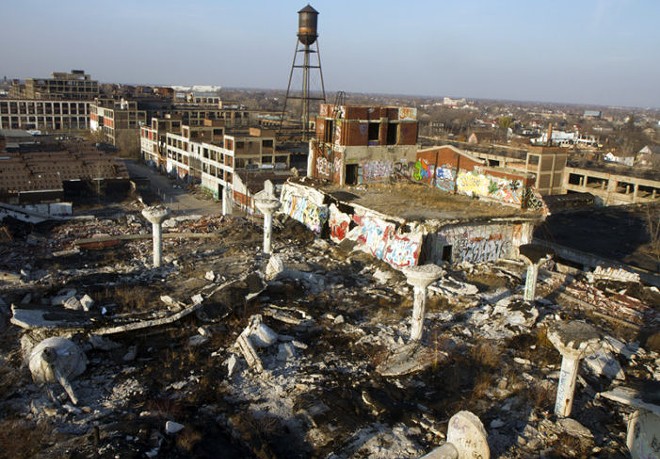 The Peru-based developer who pledged to redevelop the sprawling Packard Plant on Detroit’s east side now plans to demolish large sections of the abandoned auto factory that has come to symbolize the city's industrial decline.

Fernando Palazuelo recently listed the 40-acre site with a commercial real estate firm in search of industrial buyers or tenants.

Palazuelo paid $405,000 for the site at a Wayne County auction in December 2013 on condition that he would secure the plant, which had largely been vacant since the 1950s.

At the time, the veteran developer said he would create art galleries, condos, restaurants, retailers, a brewery, manufacturing space, and even a competitive go-kart racing course.

Palazuelo made good on his promise to secure the Albert Kahn-designed plant by removing dangerous debris and hiring guards to keep out urban explorers, photographers, and scrappers who were drawn to the blocks-long ruins. He also rehabbed some of the plant’s administration building.

But in January 2019, the iconic bridge over East Grand Boulevard collapsed, and an urban explorer died after falling down an elevator shaft.

Emmons said the plan is to find occupants for salvageable sections of the plant and raze the rest of it.

“We are offering it to suppliers and to fulfillment centers and others as a build-to-suit for sale or lease, but it’s really for lease," Emmons said. “I am sure it’s going to involve demolishing a large portion of the plant."