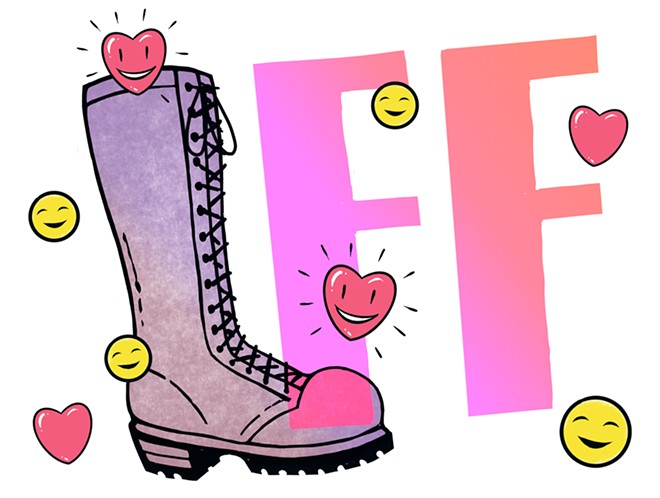 I'm a submissive gay man with a 15-year-old nephew. Through his actions and words, both his parents and I have gathered he might be gay, which is absolutely no issue. However, we've also recently discovered that he seems to be interested in D/s themes with him as the sub. Besides the occasional veiled comments and sketchy online searches, he's also described situations where he's convinced other boys to subtly Dom him, both in vanilla ways and some decidedly more borderline. We're being careful to teach him about healthy boundaries and appropriate behaviors, but I have an additional struggle with all this. As a gay sub, I've been a bit of a failure. I've had no lasting relationships. I've never found a man who wanted me as both a partner and his slave. I know that there are success stories out there — sub guys with partners and families — but I'm not one of them. I want to be a good gay uncle, but honestly, I'm an objectively poor role model. If this is the path he ultimately takes, I want him to be safe, happy, and loved. But I don't know how to do this if I'm advising from my own collection of saddo experiences. Any suggestions?

"By emphasizing the importance of consent, UGH is already getting the most important thing right," said Hadrian Temple, a dominant gay leatherman, blogger, and erotica author. "UGH's nephew needs to know he has a right to say no to any form of play he feels uncomfortable with. He should also know that until he has agreed to some sort of power exchange with a potential Dom, they are interacting as equals. He doesn't have to start obeying the Dom until he's agreed to start obeying, and he can withdraw his consent at any time and stop the play."

Your nephew also needs to be told that "convincing" other boys to "subtly dominate him" isn't ethical. If these boys don't realize what your nephew is doing — and what they're doing for your nephew — then they haven't consented to playing D/s games with him. And just as your nephew wants to avoid bad Doms lurking on the other end of sketchy online searches — and any adult Dom willing to play with a 15-year-old boy is by definition bad and untrustworthy — your nephew needs to avoid being a bad/creepy/manipulative sub.

"And besides, pushing vanilla guys to dominate him is not a great long-term strategy for finding a Dom," said Temple. "One of the hardest things for novice subs to understand is that vanilla guys don't like to be dominant — if they did, they wouldn't be vanilla. Sure, there are some guys who don't realize they're kinky until a sub comes along, but he shouldn't assume every hot guy he likes is a potential Dom. In most cases, attempting to 'convert' vanilla guys is a waste of time."

As for whether your nephew needs to know about your saddo experiences...

"In one sense, it doesn't matter if UGH is a 'poor role model' where long-term relationships are concerned," said Temple. "He can still offer his nephew good advice without going into sad or sordid details. He can answer questions and promise to be non-judgmental. And UGH shouldn't assume he's a bad sub — or a bad role model — because he hasn't found a long-term kinky partner. There are lots of reasons why a sub might not have met the right Dom, and only a few of those reasons really come down to being a bad sub. Most kinksters feel there are more subs out there than there are Doms, so there are good subs who haven't been able to get the partner they deserve because the Dom-to-sub ratio is skewed."

"There are some shady/sketchy people out there, of course, but there's a lot of good out there too," said Gimpboy95, who had his first sexual experiences at age 18. "UGH's nephew can do his research, figure out what he likes, and ultimately find his community, just like I did. And finding community is, in my opinion, absolutely crucial."

"Having a shoulder or boot to lean on has helped me tremendously," said Gimpboy95. "So once UGH's nephew is old enough, he shouldn't be afraid to put himself out there — and not just on the internet. Meeting other people in the kink community at local events who were open and accepting — whether their identities were centered around kink or kink was more of a hobby — really has been the most fulfilling part of my journey."

Let him play the harmonica while you pluck that banjo.

I'm a lesbian in her 30s located in SF. I am in a pretty healthy relationship with my partner of three years. During quarantine, sex has become less frequent and less exciting, and we've talked, but still no solution. I think we can turn things around and I'm in love with her and see myself with her in the future, but I would like to open our relationship. I think we'd both enjoy and be excited by new prospects. On the flip side, I'm not sure this will make things better. I have brought this up to her directly, but it never goes well. I have a solo work trip coming up and I can't stop thinking about how easily I can have a one-night stand and some meaningless, fun sex. I feel bad about this, but also feel as though it could help me figure things out. I've brought up how I want to open our relationship, and she's entertained the idea, but we haven't come to a mutual agreement. What can I do? I am not sexually fulfilled and can't live like this forever. Help!

There's the right thing to do... which is to honor the monogamous commitment you've made while continuing to be honest with your partner about your desire to renegotiate the terms of your commitment and slowly move towards the openness you want while making sure your partner feels safe, secure, and prioritized at every moment along what is likely to be a long journey, and one that may never get you to your desired destination... and then there's the thing a lot of people wind up doing... which is to have impulsive sex with some rando on a business trip and then get caught or confess, thereby creating the kind of crisis that forces a rapid renegotiation of the terms of your commitment. The former approach might never get where you want to be — your partner might never agree to open the relationship — while the latter approach almost always (but not always) gets you dumped.

You say that things can't go on like this forever. You aren't sexually fulfilled, and it doesn't sound like you ever will be, unless your partner agrees to open the relationship*. Since that's the case, DL, you could opt for a variation on the right thing to do: demand a rapid renegotiation without cheating. She'll feel pressured, yes, but better to feel pressured than betrayed and pressured.

* Not everyone in an open relationship is sexually fulfilled. Just saying.