Many lies have been told about the abortion rights initiative, but what does it actually say? 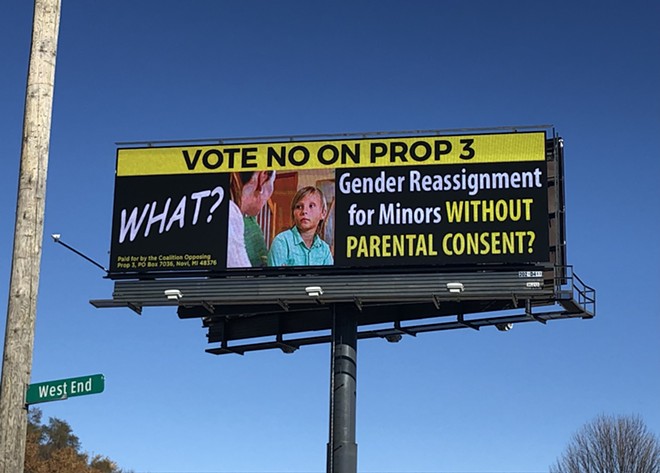 On Tuesday, Nov. 8, Michiganders will head to the polls to vote on what is one of the most important issues this election season — the right to abortion.

The United States Supreme Court’s decision to overturn Roe v. Wade earlier this summer left the decision for reproductive freedoms and rights in the hands of the states. With Roe overturned, Michigan is one of 28 states where abortion would now be illegal, due to a nearly century-old law from 1931. However, due to a lawsuit from Gov. Gretchen Whitmer, that ban has been temporarily blocked by state courts, leaving the future of abortion rights in the state now in the hands of voters.

Throughout the course of this election season, many things have been said about Prop. 3, including some myths about what would happen if the proposal passes and what it would mean for Michigan. Some of these things were said by Republican gubernatorial candidate Tudor Dixon during her final debate against Gretchen Whitmer earlier this week. A group called Coalition Opposing Prop 3 has also placed billboards throughout metro Detroit making charged claims against the measure.

Here’s a walkthrough of some of the most spewed claims and what Proposal 3 actually says.

What the proposal says on the matter: Nothing.

What it means: The complete text of Prop. 3 makes no mention of any amendment to current parental consent laws. In 1990, the Parental Consent Law was passed into legislature and went into effect in 1991. That law states “... a person shall not perform an abortion on a minor without first obtaining the written consent of the minor and 1 of the parents or the legal guardian of the minor.”

Proposal 3 does not impact parental consent. Parental consent would still be required for pregnant minors to get an abortion and gender affirming care.

What the proposal says on the matter: “The state may regulate the provision of abortion care after fetal viability, provided that in no circumstance shall the state prohibit an abortion that, in the professional judgment of an attending health care professional, is medically indicated to protect the life or physical or mental health of the pregnant individual.”

What it means: The state will not prohibit an abortion if it is determined by a medical professional that the wellbeing and overall health of the pregnant person is at risk.

Myth: People who are not doctors can perform abortions.

What the proposal says on the matter: Nothing.

What it means: The text of Prop. 3 does not mention the performance of surgical or medicated abortions. Current law in the state of Michigan prohibits nurses and midwives from performing abortion services. The law limits the performance of surgical abortions and the prescription of abortion medications to physicians only. Advanced practice registered nurses (APRN) and midwives are allowed to prescribe emergency contraceptives, like Plan B, but do not actually perform abortion services.

What does Proposal 3 read on the ballot?

A proposal to amend the state constitution to establish new individual right to reproductive freedom, including right to make all decisions about pregnancy and abortion; allow state to regulate abortion in some cases; and forbid prosecution of individuals exercising established right

This proposed constitutional amendment would:

• Establish new individual right to reproductive freedom, including right to make and carry out all decisions about pregnancy, such as prenatal care, childbirth, postpartum care, contraception, sterilization, abortion, miscarriage management, and infertility;

• Allow state to regulate abortion after fetal viability, but not prohibit if medically needed to protect a patient’s life or physical or mental health;

•Forbid state discrimination in enforcement of this right; prohibit prosecution of an individual, or a person helping a pregnant individual, for exercising rights established by this amendment;

What will Proposal 3 say if it’s added the state constitution?

(1) EVERY INDIVIDUAL HAS A FUNDAMENTAL RIGHT TO REPRODUCTIVE FREEDOM, WHICH ENTAILS THE RIGHT TO MAKE AND EFFECTUATE DECISIONS ABOUT ALL MATTERS RELATING TO PREGNANCY, INCLUDING BUT NOT LIMITED TO PRENATAL CARE, CHILDBIRTH, POSTPARTUM CARE, CONTRACEPTION, STERILIZATION, ABORTION CARE, MISCARRIAGE MANAGEMENT, AND INFERTILITY CARE.

AN INDIVIDUAL’S RIGHT TO REPRODUCTIVE FREEDOM SHALL NOT BE DENIED, BURDENED, NOR INFRINGED UPON UNLESS JUSTIFIED BY A COMPELLING STATE INTEREST ACHIEVED BY THE LEAST RESTRICTIVE MEANS.

NOTWITHSTANDING THE ABOVE, THE STATE MAY REGULATE THE PROVISION OF ABORTION CARE AFTER FETAL VIABILITY, PROVIDED THAT IN NO CIRCUMSTANCE SHALL THE STATE PROHIBIT AN ABORTION THAT, IN THE PROFESSIONAL JUDGMENT OF AN ATTENDING HEALTH CARE PROFESSIONAL, IS MEDICALLY INDICATED TO PROTECT THE LIFE OR PHYSICAL OR MENTAL HEALTH OF THE PREGNANT INDIVIDUAL.

(2) THE STATE SHALL NOT DISCRIMINATE IN THE PROTECTION OR ENFORCEMENT OF THIS FUNDAMENTAL RIGHT.


(4) FOR THE PURPOSES OF THIS SECTION:

A STATE INTEREST IS “COMPELLING” ONLY IF IT IS FOR THE LIMITED PURPOSE OF PROTECTING THE HEALTH OF AN INDIVIDUAL SEEKING CARE, CONSISTENT WITH ACCEPTED CLINICAL STANDARDS OF PRACTICE AND EVIDENCE-BASED MEDICINE, AND DOES NOT INFRINGE ON THAT INDIVIDUAL’S AUTONOMOUS DECISION-MAKING. “FETAL VIABILITY” MEANS: THE POINT IN PREGNANCY WHEN, IN THE PROFESSIONAL JUDGMENT OF AN ATTENDING HEALTH CARE PROFESSIONAL AND BASED ON THE PARTICULAR FACTS OF THE CASE, THERE IS A SIGNIFICANT LIKELIHOOD OF THE FETUS’S SUSTAINED SURVIVAL OUTSIDE THE UTERUS WITHOUT THE APPLICATION OF EXTRAORDINARY MEDICAL MEASURES. 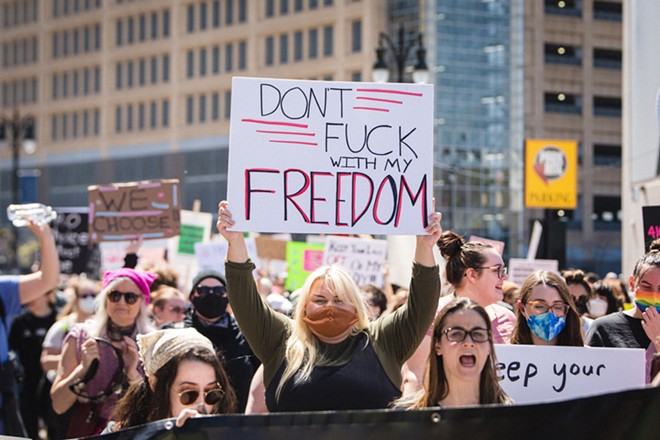 Viola Klocko
On Tuesday, Nov. 8, Michiganders will head to the polls to vote on what is one of the most important issues this election season — the right to abortion.

What does this all mean?

Proposal 3 protects an individual’s rights and choices to reproductive freedom. It prohibits those rights from being infringed on by the state and allows individuals to make decisions for all things related to their pre- and post-natal care. A miscarriage is called a spontaneous abortion and stillbirths are fetal deaths that occur after 20 weeks. Proposal 3 protects an individual from being penalized for having an abortion, miscarriage, or stillbirth. It would also protect physicians who perform these services to be penalized or prosecuted.

If passed, Proposal 3 will be added to the state constitution’s Declaration of Rights protecting an individual’s choice for reproductive freedom, and would repeal Michigan’s current law that makes abortion a felony. If it fails, decisions about reproductive freedom and health in Michigan will be left to the state’s Supreme Court.

Born and raised on Detroit's Westside, Alex Washington is about as Detroit as they come. She judges your coney island order and serves a mean side-eye when anything across Eight Mile is called "Detroit." Her writing has been published in Real Detroit Weekly, The Detroit Free Press, Model D, BLAC magazine, and...
Read More about Alex Washington
Scroll to read more Politics & Elections articles