An entitled letter from Detroit’s suburbs

Yes, we are metro Detroit, but Detroit hustles harder 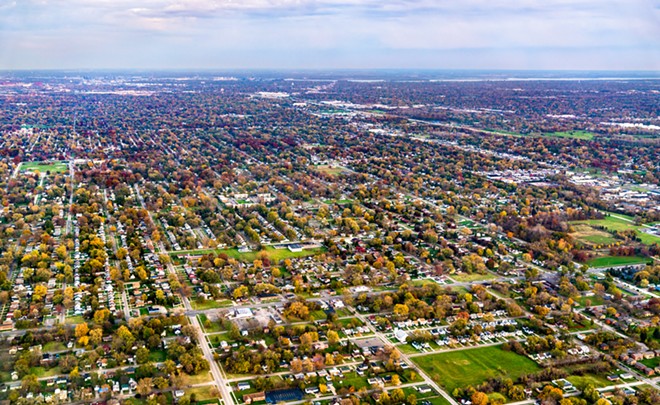 We received the following letter from someone who calls themselves the “The Detroit Suburban League” in response to Randiah Green’s story about a Twin Peaks restaurant opening in Auburn Hills. Our response follows.

We recently read your piece regarding the upcoming Twin Peaks restaurant in Auburn Hills, part of the greater Detroit area and truly a part of the Motor City, and we were concerned by the sentiment and attitude that you conveyed in your article.

Firstly, residents of Auburn Hills and other Detroit suburban communities are, in fact, residents of the Motor City, and have not only earned this title through birth, but through being the people who financially support the city of Detroit through the taxes they pay, on their income, that they get from the jobs that they have. The city of Detroit is supported by the hard-earned tax dollars of the suburban residents who actually work for the money they have.

Without suburban tax dollars, the city of Detroit would implode in a conflagration of debt, crime, and welfare checks. We pay for the city of Detroit and you will respect us. You can’t run an economy on sit-ins, marches, and rioting. An economy needs producers to function, and the Detroit producers, for the most part, live in greater-Detroit, aka the suburbs.

Second, we do not appreciate you being such a divisive voice in our community that is in need of healing. You seem to be following the footsteps of dividers like Coleman A. Young and Orville Hubbard, spreading hatred and ignorance, further driving Detroiters apart when we should exist as one loving community that supports one another. We should raise one another up, not tear one another down.

Third, Detroit is not just “the hood.” Saying Detroit is only the hood is like saying Rochester Hills is just the one trailer park within its city limits. Moreover, what you call “the hood” was once a thriving multi-ethnic community that only began to decline after the racial pogroms committed in the Detroit Uprising in 1968. Most suburbanites are descended from Americans who left the city limits after these pogroms and an increase in violent crime. Therefore, they are, in fact, real Detroiters, and maybe someday, they will reclaim the city like the Jewish community reclaimed Israel.

You seem to forget that you write for the “metro” times, not the “inside the city limits of the municipality of Detroit” times, and it really shows.

We hope you choose to abandon ignorance and embrace knowledge and community. Please educate yourself in inter-cultural dialogue, cultural sensitivity, and community harmony.

We appreciate some of the sentiment here — we are “Metro” Times for a reason — and agree with the need to heal, but we’re going to have to push back on a number of your points here, coded language which reads as classist and racist.

First, you seem to be suggesting that Detroiters don’t work. This is false. Thanks to systemic racism, Detroiters have to hustle harder than suburbanites. (Didn’t you see the shirt?) For example, there are basically no big-box retail stores in the city limits, and many Detroiters must go to the suburbs to work or shop. But auto insurance rates are higher in the city, and the city bus system is notoriously unreliable. (When was the last time you rode the bus?) Another point of interest: earlier this year, Auburn Hills voted to opt out of the regional SMART bus system.

You say Detroit would implode without the suburbs. But it is the suburbs that would implode without Detroit, the nucleus of the metro area, the cultural capital of Michigan, and one of the most important U.S. cities in history. There is much, much more to Detroit than “sit-ins, marches, and rioting,” although it would be remiss to disregard the civil rights and labor rights victories that those sit-ins, marches, and rioting aimed to achieve.

You are also incorrect that the 1967 rebellion caused the decline of the Motor City. The uprising was a byproduct of racist government policies that existed long before. And anyway, Detroit’s exodus began in the 1950s, when auto manufacturers started building new plants in the suburbs, and the white middle class followed suit. The problem was exacerbated by the federal government’s interstate highway system, which literally tore Black communities like Black Bottom and Paradise Valley apart. Plus, for many years, Detroit’s public schools were run, dysfunctionally, by Republican-controlled Lansing.

Lastly, the sentiment of “We pay for the city of Detroit and you will respect us” is entitled and alarming, especially when you say that metro Detroiters need to “reclaim the city like the Jewish community reclaimed Israel.” Israel’s decades-long violent apartheid against Palestinians is no role model to look to. Metro Detroit can and must do better.