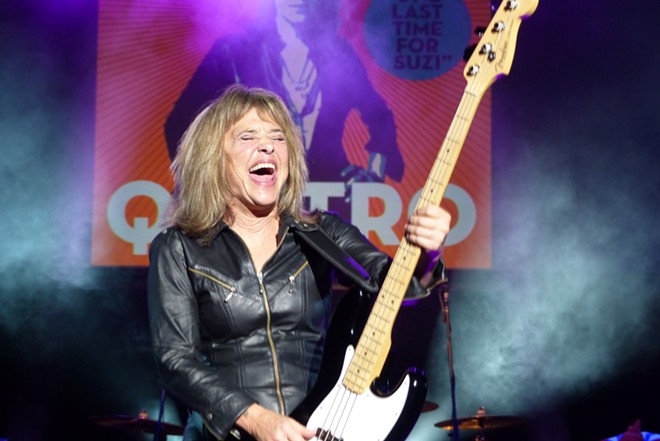 New additions to this Sunday's 30th anniversary Detroit Music Awards include a performance by Kiss co-founder Paul Stanley and a video by Suzi Quatro.

Stanley will perform a "Motown Salute" as part of his band Paul Stanley's Soul Station, while Quatro will premiere a video from her new album, The Devil In Me.

The show, which is virtual this year due to the ongoing COVID-19 pandemic, will also feature performances by Outrageous Cherry's Matt Smith (whose "Our Love Will Change The World" was covered by nominee Alice Cooper), Electric Six, Keynote Sisters, and Danny Kroha, as well as tributes to Alto Reed and Mary Wilson, among other surprises.

This year's ceremony will take place starting at 8 p.m. on Sunday, April 11 on the Detroit Music Awards' Facebook page.

As with previous ceremonies, the 30th iteration will celebrate Detroit's music scene by offering more than 70 awards across 11 categories selected by several phases of online votes by local musicians and music industry professionals.

For a full list of nominees and performers, see DetroitMusicAwards.net.