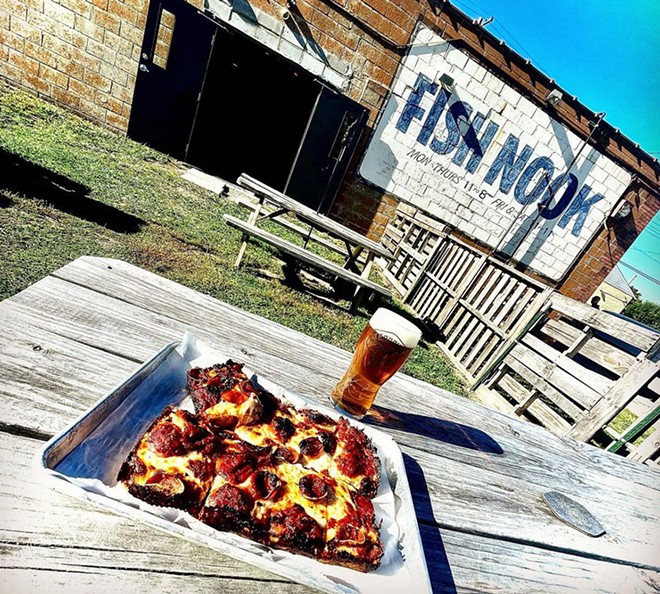 Instagram, @tenacitycraft
Tenacity Craft is a relatively new bar and brewery in the Piety Hill neighborhood — and they serve Detroit-style pizza.

Father Dukes launches DJ residency: DJ Father Dukes has fired up a new bi-weekly residency. “Block Club” is hosted at Tenacity Craft, a relatively new bar and brewery in Detroit’s Piety Hill neighborhood. Originally hailing from Flint, Tenacity has established quite the cozy little space at their Detroit location, with not only a hefty beer selection, but also coffee, tea, and kombucha for non-alcoholic drinkers. When mentioning the Detroit-style pizza that the bar also serves, Dukes had this to say: “it’s fire… truly blew my mind.” Such an unexpected setting seems apt for a Father Dukes residency, with her eclectic sets garnering praise from both casual party-goers and serious techno-heads alike. Depending on the night, you can expect to hear classic techno and dance hits, new tracks from freshest Detroit talent, or (if you’re lucky) a deep Jamiroquai cut. Dukes expects to perform every other Thursday, with a rotating guest DJ in the mix as well. Follow Father Dukes (@wolf___hailey) or Tenacity Craft (@tenacitycraft) on Instagram to get the scoop on the next Block Club.

Eight years of Paramita Sound: We don’t need any excuse to highlight Paramita Sound, the small record store that has evolved into a community hearth for some of the most exciting artists working in the city today. With a reputation for throwing great parties (remember the Beat Profile at the West Village house?), Paramita just celebrated eight years in business, so let’s take a moment to highlight a few great events that happen every month. Drawn Sessions (every third Thursday): hosted by Wrcklés, expect a mix of hip-hop, house, afro-beats and soul and reggae edits, with guest DJs spinning as well. This is a drink and draw event with the best soundtrack ever. 94 to East Africa (every first Thursday): co-hosted by ProblematicBlackHottie and Nick Speed. Getting cross-generational with it, Hottie and Nick host a bumping night of hip-hop and afro-beats; songs to shake your ass or nod your head to, with a nice glass of natty wine from the bar. Speed has reached legendary status as a producer, and Hottie’s sets are always a hit, making this one of the don’t miss nights at Paramita. 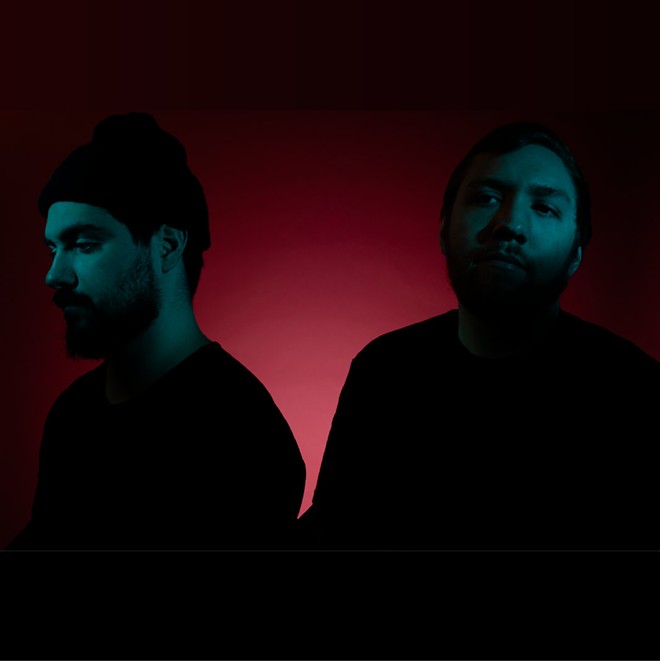 Ke Thu drops 12-inch: Detroit techno duo Ke Thu just put out a new record via Still Techno, a relatively new imprint housed within Still Music Chicago. Like a Beacon Against the Fog was written and recorded in 2020, and continues the group’s mission of pursuing an “earnest exploration of techno and everything it is capable of.” The record’s title track is a measured, chugging feat of structure that displays impressive sound design and engaging melodic progression. The rest of the record is no less remarkable, and the group’s prolific run of releases has caught the attention of music heads both locally and across the pond. The group played Movement Electronic Music Festival earlier this year in Hart Plaza, they just got back from a show in Buffalo, New York over Halloween weekend, and they are slated to join a stacked lineup for the Interdimensional Transmissions x Paxahau event at Tangent on Saturday, Nov. 26, so be sure to keep an eye out for what’s next from one of the rising acts in Detroit’s thriving live techno scene.

HiTech is slowly taking over: Local house music legend and FXHE label head Omar S has always had an ear to the ground, finding the most promising new artists that you’ve never heard of and capturing their youthful fire within the grooves of vinyl records. HiTech is no exception; the group, consisting of multi-talented artists King Milo, Milf Melly, and 47Chops, have cut their teeth in underground mosh-pits and DIY venues across Detroit and beyond. Their debut record, released in July of this year, conjures a raucous and joyous energy, dripping with sweat and Hennessy. Merging the best of footwork, jit, ghettotech, and more, all wrapped within the touch of the sonic genius that Omar S has refined over the years, HiTech’s sound is undeniably exciting and remarkably innovative. Since the release of the record, HiTech has rocked esteemed stages such as Boiler Room Detroit, and even was a featured guest at Omar S’s show in New York with Four Tet, Jamie XX, and Floating Points. The only way to go is up, so strap in and prepare to get freaky.