A new recurring column about the Detroit music scene 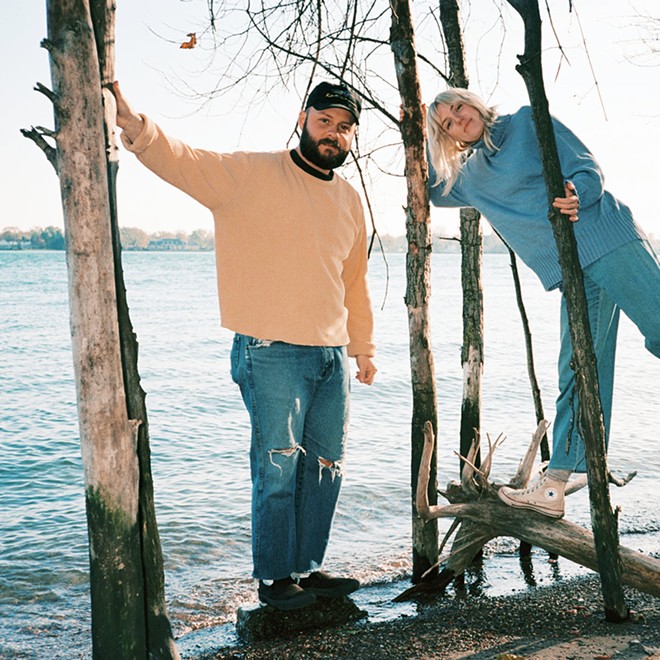 That new Neu: Here comes fresh, hot, and dreamy sounds, with a tinge of indie folk, from fresh, hot, and new band on the block Neu Blume. Folks might recognize band member Mo Neuharth from her popular design and print work as Art Problems, or her and bandmate Colson Miller’s previous musical outfit, the noisier Nanami Ozone. Neu Blume released their mini-album Softer Vessel in September and have had a successful year playing live, opening for acts like Bonny Doon, Squirrel Flower, and most recently Julia Shapiro (Chastity Belt), sharing a bill with Detroit’s Deadbeat Beat. Recommended if you like: any of the acts they opened for, Mazzy Star, slowcore, lyrically-driven songs that are nostalgic while not being too depressing.

The Stools and the Toeheads drop split LP: Two of Detroit’s best dive bar rippers have joined forces once again for Watch it Die, a 10-track split LP that kicks you in the face and then hands you a beer after. Recorded and mixed at the Russell Industrial Center by Cameron Frank and mastered by Caufield Schnug at Melody Men Mastering, the record showcases these bands doing what they do best: high-octane slappers full of blood, sweat, and a healthy bit of distortion. Both groups have had a hell of a run in 2022, and we’re stoked to see what comes next.

Theo Parrish gets DJ-Kicks treatment: Real recognizes real. DJ-Kicks, the legendary DJ mix and compilation series on !K7 records, finally hits up the equally legendary Theo Parrish. One of the foundational artists in Detroit’s last 25 years of electronic music production, Parrish takes an ambitious approach to his DJ-Kicks mix. Every artist featured on the compilation is local, and every piece of music is previously unreleased, creating the first ever all-exclusive entry into the esteemed series. Local features include De’Sean Jones, Ian Fink, KESSWA, Whodat, Sterling Toles… the list goes on. Rooted in Parrish’s signature mix of downtempo house, with flourishes of jazz, the compilation is an essential snapshot of the city’s current talent.

Report from the pit: Since the early 2000s, west coast punk band the Bronx has delivered music that is both riotous and thoughtful. Joining forces with Australian “shed rock” band the Chats, their co-headlining tour recently made a stop at El Club in Detroit with support from New York’s Drug Church and Austin, Texas-based Smog. From the first note that was played, the pit was filled with slam-dancing, crowd-surfing, and a medley of fans throttling their vocal chords to match the energy of the bands on stage. Plus, the Chats did a pretty remarkable cover of Kiss’s “Rock and Roll All Nite,” so that was pretty cool.