Also: Why you need to hear avant-garde jazz supergroup Black Hand Side 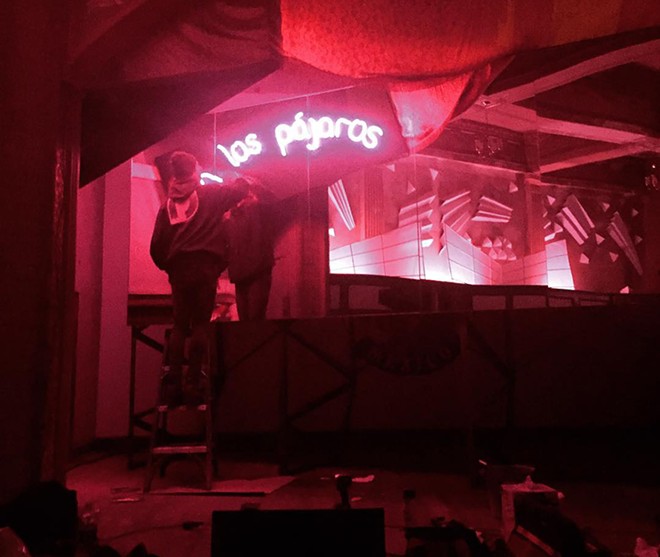 Farewell to the Salon: For those in the know, some of the best parties in Detroit over the last five years have been thrown by Freakish Pleasures at a little known spot in Southwest Detroit dubbed The Salon. Freakish Pleasures has long established themselves as one of the best underground party promoters in Detroit’s electronic music scene, but The Salon was something special, a beacon of hedonistic light in a city that has become increasingly hostile towards the very things that have helped shape its cultural identity. For those that visited, it will forever be remembered as one of the most energetic, forward-thinking, wholesome, and engrossing spaces in recent memory. It’s usually not a good idea to write about underground clubs in public media (*cough cough* writers please take note), but hopefully a farewell tribute is appropriate. Thank you to all of the organizers, artists, and attendees that made The Salon such a special place. Until next time! —Broccoli

Black Hand Side debuts live: On Friday night, a new collective of musicians by the name of Black Hand Side debuted their first public live performance at Play House in Hamtramck. The intimate and inviting space was the perfect environment for the performance, which is almost as much an art piece as it is a musical project. The band’s founder and lead organizer Gulley assembled a super-group of local talent for the endeavor, including Allen Dennard (trumpet), James Russell (flute), Brian Castillo (bass guitar), Devin Hammond (drums), Stephen Grady Jr. (saxophone), Ashton Woods (keys), and Apropos (vocals). Each song would begin around Gulley playing live samples on his MPC and SP-404, and from there they would build into immaculate crescendos and delicate interludes that push and pull the listener through themes past, present, and future. Think Gil Scott-Heron meets Sun Ra meets Madlib, but even more than that description could encompass. Look out for their next performance, because it is truly a can’t-miss. —Broccoli

Deon Jamar goes all night long: Marble Bar is often seen as a venue for top-shelf touring electronic and indie acts, and their legendary 12-hour parties that mix in a few out-of-town DJs with well-curated local talent. However, the most interesting night at Marble might be their All Night Long series, which gives the decks to a singular DJ for the entirety of the evening: five hours of non-stop music from 9 p.m. until 2 a.m. On Friday, it’s Deon Jamar’s turn, sure to be a smorgasbord selection of deep grooves. Deon kept busy in 2022, playing a set at Movement and helping Theo Parrish select artists for his landmark DJ-Kicks compilation. His selections and mixes are rooted in the classic sounds of Detroit soul and gospel, pumped up with four-on-the-floor bass and frenetic synth lines to take you even higher. I’m so happy to see Deon carry his momentum straight into the first week of the new year, and it will definitely set the dancefloor right for 2023. Early tickets available via Resident Advisor, and also at the door. —Joe Zimmer

Bevlove returns to Willis Show Bar: The city’s resident queen of hearts Bevlove is bringing her neon pink glow to Willis Show Bar again on Thursday, Jan. 12. The R&B enchantress has hosted a few events at Willis, and her sultry singing combined with the smooth lounge stylings of her live band are a perfect fit for the venue's booth seating and art deco vibes. Bev has been a longtime Detroit favorite and takes all the love from the city and puts it right back into her music and performances. She consistently drops new songs and collaborations throughout the year to keep her fans just satisfied enough, but the real magic happens at her live performances. You’d be hard pressed to find a sexier event to help thaw out the January frost. Tickets available via Mean Red/Willis Show Bar. —Joe Zimmer